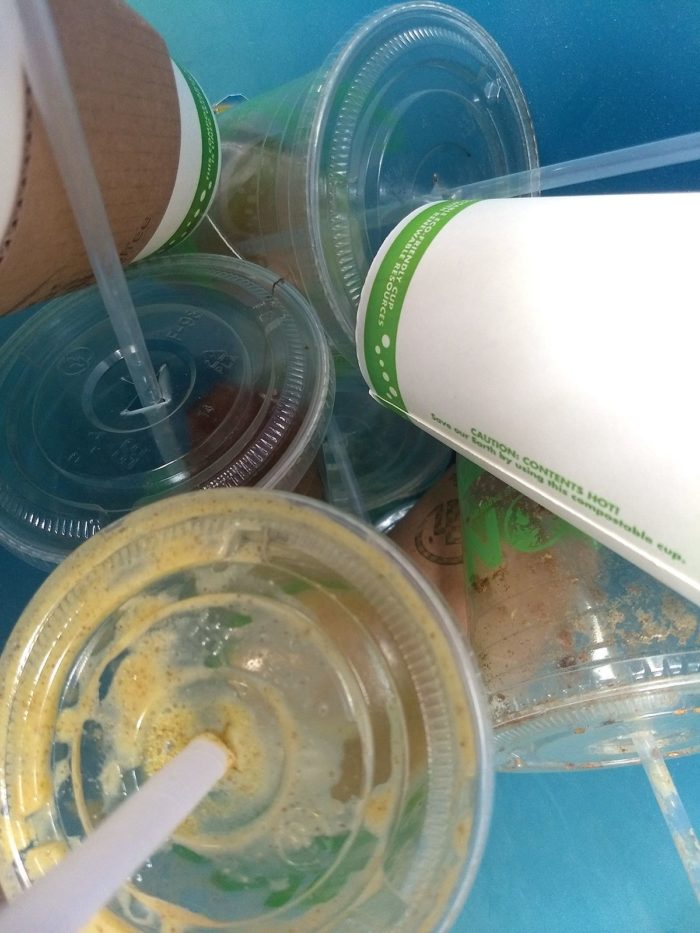 For trash talk, it was remarkably civil. The bulk of the Board of Trustees agenda for Aug. 28 centered on waste-hauling, with only a few bones of contention.

It helped that that the Town had included input from five haulers and conducted a survey of locals before continuing a discussion that has been popping up ever since the municipal dump closed.

“I really like the way you guys took your time looking at what you’re looking for,” said Jeb Hensley, District Ranger for Waste Management.

Of the 127 people who responded to the survey, 96 percent felt diversion is important and 73 percent are willing to pay more to make it happen. Recycling was viewed as a core service by 90 percent, while 74 percent wanted composting at least available. The majority also felt that truck traffic was an issue and supported volume-based pricing and a public contract. There was also broad backing for wildlife management, but disagreement on how to accomplish it.

Longtime local Hank Van Berlo urged the board to “keep it simple” — and it became something of a mantra as Mayor Dan Richardson led trustees through a list of priorities.

First and foremost was the issue of whether to have a public contract, which the assembly seemed to agree on. Trustee Marty Silverstein, however, expressed a desire for at least two districts for separate bid to give small haulers a chance, but the majority settled on the staff recommendation of one hauler. Trustee Heather Henry, meanwhile, suggested a one-year contract with an option to extend, but bowed to concerns that it might not justify the capital costs for a prospective applicant.

The need for an opt-out provision proved sticky due to a state requirement that residents must be able to choose another service even if they end up paying two bills as a result. Consultant Laurie Batchelder Adams raised the possibility of including a “super saver” option for folks who wanted minimal service to remain compliant — a proposal that was widely embraced.

Noted Trustee Lani Kitching, “My sense is that, like the bag ordinance, the benefit is publicly recognized, but it will take a while for people to adjust.”

The Board was in favor of including recycling as a required part of all plans, but opted not to do the same with compost. Currently, only two haulers offer the service, and secondary contract would likely be necessary to serve all of Carbondale.

As for volumetric pricing, the devil may be in the details. Most haulers already offer different rates for different sized cans (at least for individual residential containers), but the price structure varies. Batchelder Adams advocated for charging at least 80 percent more for double the volume, or else adopt a nonlinear “hybrid” approach intended to better reflect the actual cost to haulers. Trustees ultimately opted to leave it to staff to draft some options for the final request for proposal.

Another issue that wasn’t strictly settled was whether to limit all residential pick up to one day of the week. Silverstein advocated for no more than two, while Henry felt that neighborhoods could be picked up on different days without individual households seeing more than one truck. Erica Sparhawk suggested expressing a preference for a single day and making it part of the evaluation criteria, which seemed to work for both camps.

Single-day pickup would also help with wildlife enforcement, and the availability of bear-resistant containers was one point the trustees wouldn’t budge on. Indeed, the final ordinance will likely include a provision in which repeat violators are simply issued a container and billed for it.

Regardless, there are still several steps of drafting, bidding and education before implementation. If the Town chooses to start with a new year it may not be until 2020, but if Trustee Ben Bohmfalk gets his way, it will likely be before the next bear season.