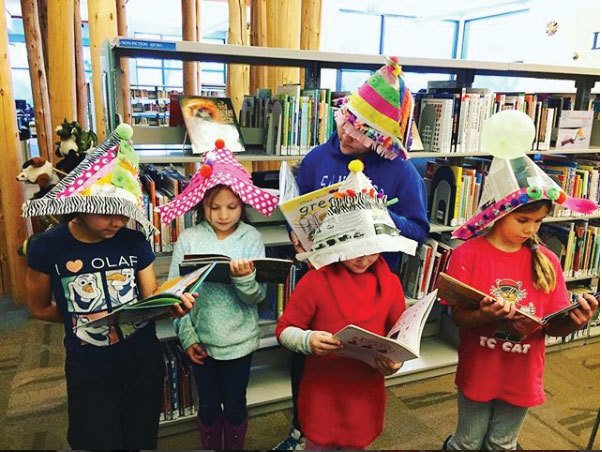 Young readers rejoice — Basalt Regional Library is no longer charging fines for patrons under 18, or adults checking out juvenile and young adult materials on their behalf.

It’s part of a broader push by the library to shake off the image of libraries as serious places guarded by stern librarians and provide access to everyone.

“Our roots are firmly planted in a mission to make knowledge, building connections within our community and to provide the same level of access to all members, regardless of their background, financial status or current station in life,” Librarian Ann Scott explained. “Those connections foster democracy, and that is really the end game — a well-informed citizenry, capable of independent critical thinking and inspired to make positive change in their personal lives and in their communities.”

“Fines do not motivate kids to be good library users,” she wrote. “Removing fines for children and teens will build positive relationships between our library and its youngest patrons and their families.”

The responsibility of teaching kids to return their books on time should stay with parents or guardians, she asserted, rather than having the library itself create a “terror of not being able to pay what they owe.” Already, the library had a habit of removing blocks for kids who contribute as little as a dime toward their total, but taking any money from children was difficult for staff.

She expressed concerns that fines disproportionately impacted those of meager means or with limited transportation, and cited a national trend toward fine removal.

The Library Board unanimously backed the proposal, and the policy took effect Sept. 1.

Old overdue fines don’t carry over, although those related to lost or damaged items that need to be replaced will still apply barring a formal appeal. Due dates will still appear on books and items, but won’t be considered lost until 60 days after that date.

The change is not expected to make a significant difference in the district’s budget, thanks to an increasing diversity of funding sources including property taxes, state and federal support and grants. The board will have a chance to re-assess the policy after a one-year pilot.

As a one-branch library, the district is able to respond to changing times and library uses. While physical books are still very much part of the equation— and wanted by a growing number of younger patrons), the library also offers digital books for those who can’t afford them. There are also a wide array of classes and events designed to inform, build community and expose patrons to music and arts. The librarians themselves are a resource for those seeking knowledge and learning to discern reliable and unreliable sources, with literacy resources in place as well.

And there’s more to come.

“We are currently engaging community members in discussions to learn more about their specific needs and how to remove barriers that prevent them for accessing library resources,” Scott said.