An alignment by any other name 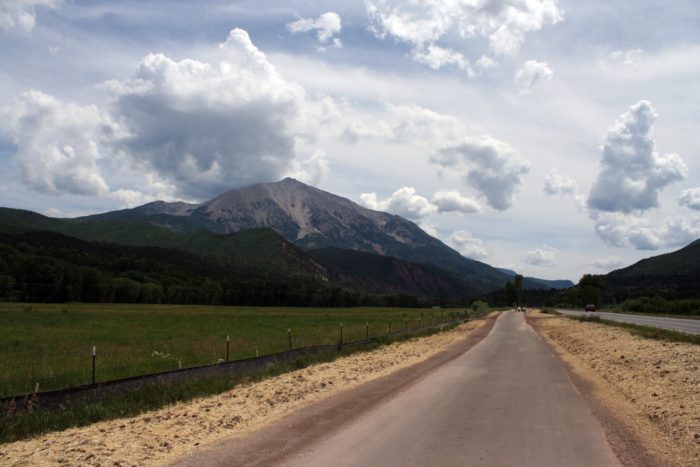 After deliberating the details for the proposed Carbondale to Crested Butte trail for two hours Tuesday afternoon, the Pitkin Board of County Commissioners and Open Space and Trails Board of Trustees agreed on one thing: words matter.

“I think the trail alignment issue is of extreme importance and generates a lot of controversy,” OST Trustee Graeme Means said during the meeting. “I see this as a vision for the future, and there are going to be future boards, future public, and I’m wondering why we’re even trying to choose trails right now. These are possible alignments, A and B. I don’t think we have the information right now to make any of these decisions.”

He later asked for consensus to change the adjective describing the existing trail alignments from preferred to possible. Still later, potential became the chosen modifier after Pitkin County Attorney John Ely looked up the definitions of both words for clarification.

Members from both groups agreed with that assertion — mostly. Commissioner Steve Child was perhaps the most outspoken about his personal preference for both the alignment and the word to describe it.

“I think there’s compelling reason to not even at this point consider putting [trail segments] on the east side of the river,” he said, referring to Alignment B. “The Healthy Rivers and Streams Board, the Crystal River Caucus and Colorado Parks and Wildlife: all three have said they want Alignment A as the preferred alignment. I would not use the word potential; I would still use the word preferred. We could put in parentheses that this our best shot at looking at it in 2018 what we think the preferred alignment should be. That doesn’t mean that in the future when the actual discussion is taking place that maybe it’s going to be different people living in the subdivisions, [and] maybe they would all want to have it in their subdivision at that time, but that’s a future discussion for them.”

Others echoed Child’s support for the proposed Alignment A that follows the existing Highway 133, but conceded that changing the language in the draft plan would benefit the public’s understanding that as of now, very little is finalized in the process.

“I think that takes away some of the sting of what some people are reacting to,” OST Trustee Amy Barrow said of the semantic shift. “It’s a document to help guide the future because there are a lot of issues that are out there that we haven’t drilled down into yet. That is all for the future.”

And the future will likely usher much more change to the Crystal Valley than simply the proposed trail, which won’t see construction for its final phase until at least 2030 as currently outlined. When considering conservation easements, members from both groups acknowledged an 80-percent potential increase in   housing units in the Pitkin County portion of the valley — totaling an additional 351 homes in the area.

“I do think you’re going to see changing conditions in the community as these homes get built out. It’s unfortunate to think it would be 80 percent more homes by 2040, but with population movement in Colorado, it’s not ending,” she said. “I think the safety on the road is going to continue to decline.”

In addition to population growth, Richards contended that safety concerns should also influence the language used around seasonal use of any proposed alignment.

“When they push all the rocks and debris with the snow, it’s not until springtime that they they clean all that up. So you’d have spots that might be open and then spots that are in ice,” she said, noting winter plowing of Highway 133. “A limiting factor is different from a closure, but when I think about all those sections that get almost no sun, I think it is a limiting factor [to trail use].”

But OST Trustee Michael Kinsley feared that focus on the Colorado Department of Transportation not maintaining a highway alignment during the winter would create a negative public perception toward that alignment — the alignment he favors.

“It is a limiting factor; it’s not a closure, per se,” Kinsley said. “The paragraph in here in effect says it won’t be accessible in the winter. I don’t know that’s true.”

“The language just says no winter maintenance on either A or B,” she clarified. “Maintenance doesn’t mean closed or open. It just means maintenance.”

There were some points of clear accord. Namely, that while the long-term trail specifics will be discussions for future boards and future stakeholders, the stretch between Redstone and the McClure Pass Summit is a suitable first phase for the project, BOCC Chair Patti Clapper summarized.

“I think it’s a huge amenity, and I think it’s a really common-sense start and maybe end of the trail — we don’t know what will happen in the future,” she said. “It gives Redstone a little bit of economic vitality without the huge impacts to the rest of us.”