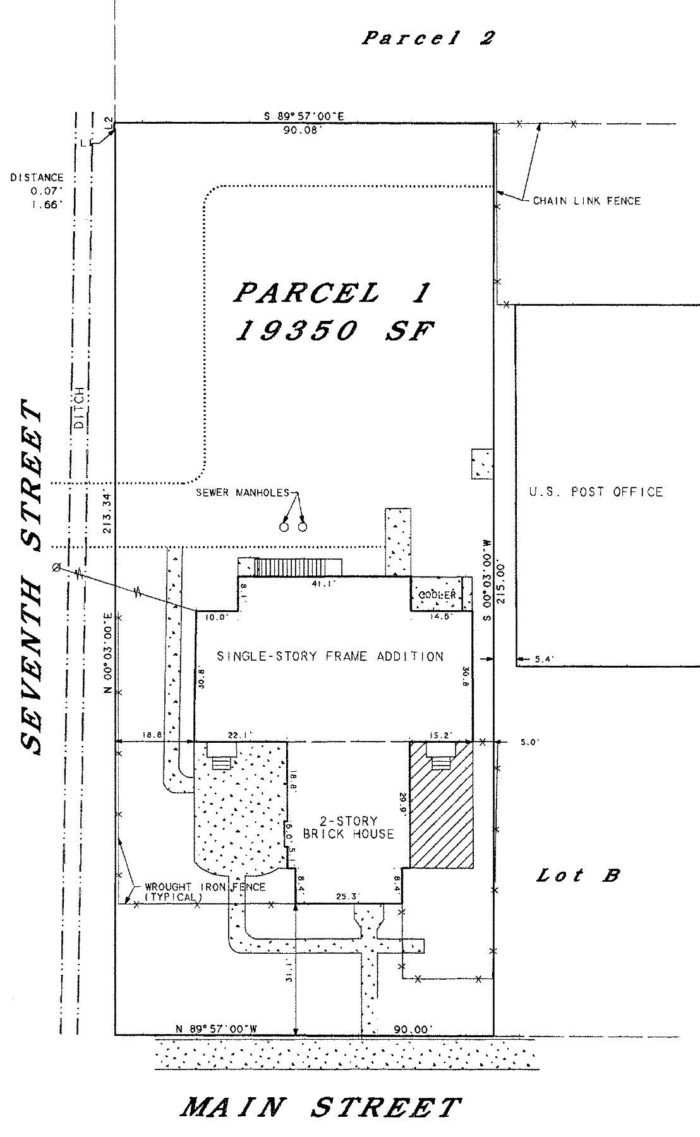 The Weant House —  built in 1913 and known also as the Lappala House, 689 or, most recently, The Way Home — will stand for at least another 20 years as part of an agreement between the owners and the Town of Carbondale.

The property came before the Board of Trustees for rezoning from a custom Planned Unit Development (PUD) to Historic Commercial Core (HCC) on Sept. 11, with several stipulations. The Town has a policy to reduce PUDs, so Mayor Dan Richardson characterized it as a win for both parties.

“We’re getting rid of a PUD, we’re potentially preserving a historic structure,” he noted.

Added Town Planner Janet Buck, “I think they’ve done a great job of upgrading that building, cleaning it up and giving it some TLC it really needed.”

In return for preserving the building, Mark and Anne Gianinetti of AMG Properties LLC will receive a waiver of certain fees on potential future construction on the northern part of the lot, which is currently occupied by a large tent. The staff initially recommended a three year waiver, while the Gianinettis requested the full 20 years, inspiring Trustee Lani Kitching to propose a compromise of seven years with an option to renew.

That said, planner Mark Chain noted that “there is no plan right now for developing the north side of the property.”

While Trustee Ben Bohmfalk was in support of the project itself, he couldn’t get behind an agreement to waive parking requirements in exchange for work AMG has already done to reclaim and improve public parking along Seventh Street.

“I think we could do a better job as a Town of reclaiming our own right-of-way,” he said. “I don’t know that that amount of investment warrants 14 spaces of credit.”

His fellow trustees weren’t convinced, however, and Bohmfalk was the sole dissenter in the vote to direct staff to proceed.

Daycare is officially an industry, at least as far as Carbondale zoning is concerned.

Trustees opted to go a step further than Planning and Zoning recommendations in an amendment to the Unified Development Code intended to help meet the demand for childcare by allowing it as a use in industrial areas — which has been allowed before.

“It’s not necessarily a comfortable fit when you think about it, but … looking at the reality of the land developed in Carbondale, eliminating Industrial… eliminates some of the easiest developable land for childcare,” Blue Lake Preschool Board Member Angela Loughry told the board during public comment. “It’s allowed in the residential districts, but it’s really hard to find that much space.”

Added fellow Board Member Kristin Davis,”We’re just asking for a place to put our children.”

The trustees were amenable to their pleas, with Erica Sparhawk in particular noting that, “I don’t think… the current industrial we have in Carbondale… is the kind of industrial I would have a problem next to where my kids were going to school.”

One use that could have caused hangups is marijuana-related manufacturing, which is currently subject to distancing requirements from schools. As such, the board opted to waive that with respect to daycares in industrial zones.

Somewhat ironically, Bohmfalk also pushed for a reduction in parking requirements, the only other tweak before the recommended amendment was approved unanimously.

Without a crystal ball, the board bases budget planning on Finance Director Renee Gustine’s best estimate of the next year’s income.

Traditionally, she’s been pretty conservative, with sales tax incomes for 2018 currently more than 9 percent ahead of budget. That figure is expected to fall closer to 7 percent by the end of the year, which is the figure Gustine will use to calculate an additional 3 percent increase in 2019 — the rate trustees are willing to bank on.

Observed Marty Silverstein, “We’d rather… be pleasantly surprised than to get a nasty surprise at the end of the year.”

The public was not permitted to be present for a land acquisition discussion, which was held in executive session under C.R.S. Section 24-6-402(4)(a).