No Man’s Land will expand until the need is gone 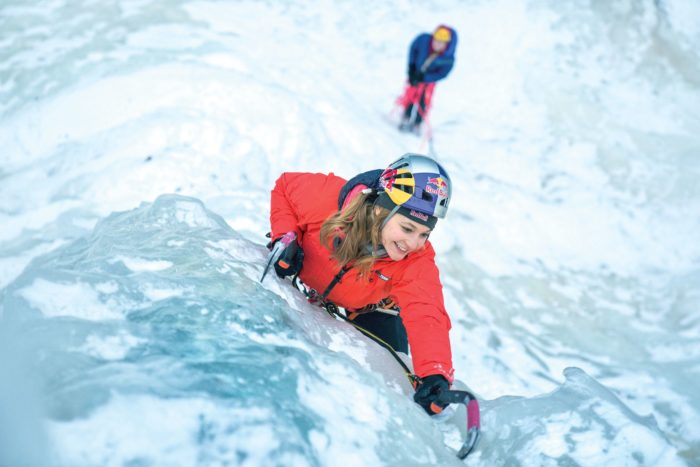 Even as a teenager going to the beloved 5Point Film Festival, Aisha Weinhold recognized a gap in representation on the big screen. It’s one of the driving reasons she founded the No Man’s Land Film Festival (NMLFF) in 2014 — to create a platform that featured women in the outdoors.

“I grew up going to 5Point and I love 5Point — I love that whole family — and there were no films about women,” Weinhold recalled. But the “ah-ha moment” didn’t happen for her until the first time there was a film featuring women. “It blew my mind,” she continued. “It was the reason I chose to sail. It was a catalyst for so many things in my life. I was like, ‘I need this.’”

So, she created it. The inaugural NMLFF debuted at the Carbondale Community School, where Weinhold went to middle school.

“It was a full mom-and pop production,” she laughed. “My mom took tickets, my dad did beer. The principal gave me special permission. It was very sweet.”

Since then, however, the three-day event has grown to much more than a film festival: by partnering with organizations like Fat Girls Hiking and Flash Foxy, NMLFF offers representation for people of color, the LGBTQ community and women of all body types.

“You come to Carbondale, and you have this awesome event, and the audience is primarily white and middle class and you’re like, ‘I really want to do more,’” Weinhold said. “I really want to engage the rest of the Carbondale population.”

That’s why all of the NMLFF online materials are translated in Spanish and why she’s aiming to ensure all future printed materials are available in Spanish, as well. It’s also why this year may be the last for the flagship event being held in Carbondale.

That doesn’t mean Carbondale wouldn’t host an NMLFF — the festival tours around the world already, and Carbondale would remain on that schedule. But this may be the last opportunity for locals to enjoy multiple days of speakers, panel discussions and workshops that accompany the films.

“I hope people go to all the activities around the films,” Weinhold said. “We have some of I think the most influential women in the outdoor industry right now that are here and sharing their stories… or leading a workshop in photography or graphic digital design. I hope people go to those, because they are amazing. To have the speakers and all that, these are real people interacting with real people.”

And for attendees aspiring to see their own works featured in a festival one day, there’s the Pitchfest Thursday afternoon from 2-5 p.m. at Steve’s Guitars, where two winners’ ideas will receive $2,500 in funding and guaranteed film premieres at next year’s NMLFF flagship event.

It’s a small way for the festival organizers to continue spreading their message of female empowerment through outdoor recreation — though Weinhold admits she hopes the industry evolves in such a way that NMLFF is no longer necessary in its current manifestation.

“I do hope that in 10 years, No Man’s Land won’t need to exist,” she said, adding that she believes women are “the new face” of the outdoors. “The way that I see us growing is eventually, we grow into something larger.”

Weinhold, who co-owns Ragged Mountain Sports with her husband and teaches skiing in the winters, is an avid outdoorswoman. And while she’s certainly active, she’s also an activist at heart, even if she didn’t use the word specifically.

“I have it very well,” she reflected. “I was born middle class, I grew up in Carbondale, and my mom is brown and I came out white with this really nice tan. I face so few obstacles. I’ve gone down that path more and more, which I think is one of the reasons why I want No Man’s Land to be so much more. I’m not even scratching the surface, and I’m doing a disservice to the entire community by saying ‘I’m changing the world.’ You are putting on a really good band-aid.”