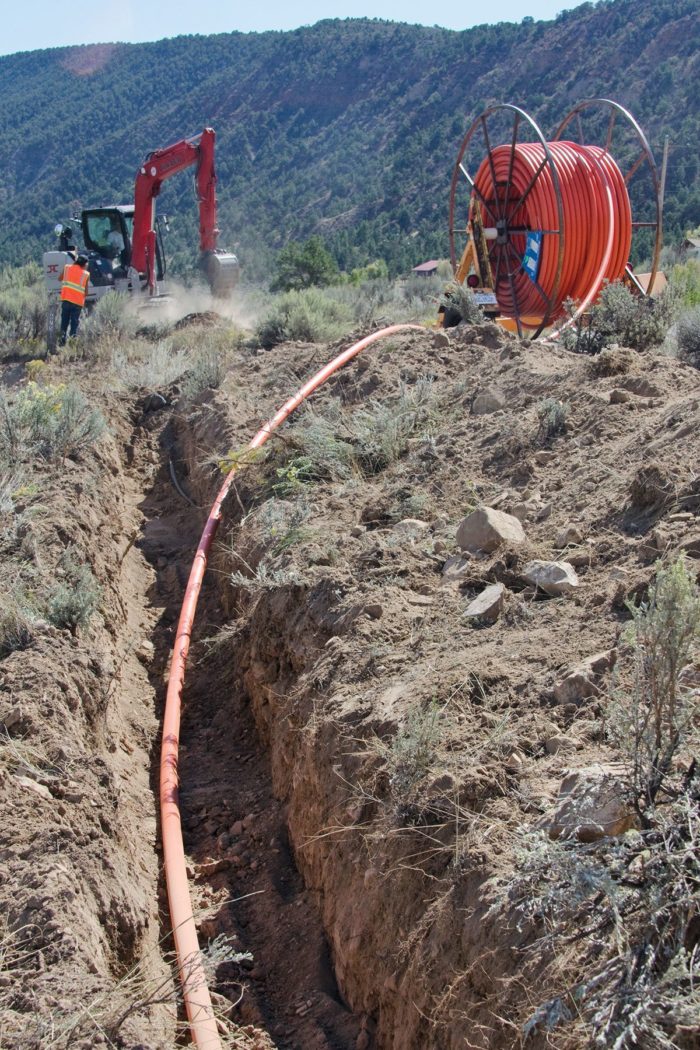 It’s hard to get much done without the internet these days, as a series of outages in recent years — most recently on Sept. 24 — underscores.

Most communication in, out and within the Valley relies on a couple of main lines which can be disrupted by a single misplaced excavation. And when Comcast or CenturyLink service goes down, so often do cell providers that contract with them, credit card machines and points of sale and even 911.

“There’s a level of technology going on in our our daily operations you wouldn’t think of unless they’re not working,” noted Town Manager Jay Harrington.

But most municipal buildings  (with the exception of the Rec. Center) weren’t affected by the latest outage. That’s partially because their main internet provider, Cedar Networks, contracts with CenturyLink and it was the Comcast lines that were cut — this time. Coincidentally, however, the Durango-based fiber company is in the process of installing a redundant line from Glenwood to Carbondale so that its customers can be confident of reliable service long-term.

“Sometimes they’re within a block of each other, but they’re never in the same trench,” explained Chief Business Development Officer Chris Stebner, who works out of the Carbondale office. “We’re basically playing hopscotch on the other side of the road. It would take coordinated incompetence to break it now.”

The Valley is actually somewhat ahead of the curve in fiber access, thanks in part to some forward thinking when the Rio Grande Trail went in.

Cedar has furthered that edge by taking advantage of the Town’s “dig once” ordinance. Basically, it means that when a contractor spending the time, money and creating the inconvenience of excavating, they’re obliged to allow other interested parties to put in conduit. That doesn’t make much of a difference where the lines are still above ground, but the demand has been high enough to justify expanding service to most of old town. For folks in those areas, a $100 installation fee could bring up to 300 Mbps for $60 a month, plus a landline for an extra $10. Many big customers are already on board.

“If you’re in a town in Garfield County, there’s nothing competitive,” Stebner noted. “We have the majority of the anchor institutions throughout the county — schools, fire, police…”

The Crystal River Marketplace project is already connected to the system, as is the Habitat for Humanity Project in Basalt. But the new main line is Cedar’s biggest project.

With 36,000 feet of fiber intended to handle 10 TB per second, it carries a half-million dollar price tag, but is expected to support 20 years of expanding use. Other communications companies would have the opportunity to contract with Cedar to build their own redundancy, just as Cedar plans to keep its existing contracts.

It helps that maintenance on fiber lines is minimal, freeing up funds to continue investing in new infrastructure. Indeed, negotiations are already underway to expand the new line down Catherine Store Road and Highway 82 to Willits — an area without current fiber access at all. Meanwhile, Cedar continues to assess the commercial viability of adding service to specific neighborhoods or subdivisions based on requests from potential customers. Find out more at cedarnetworks.com.