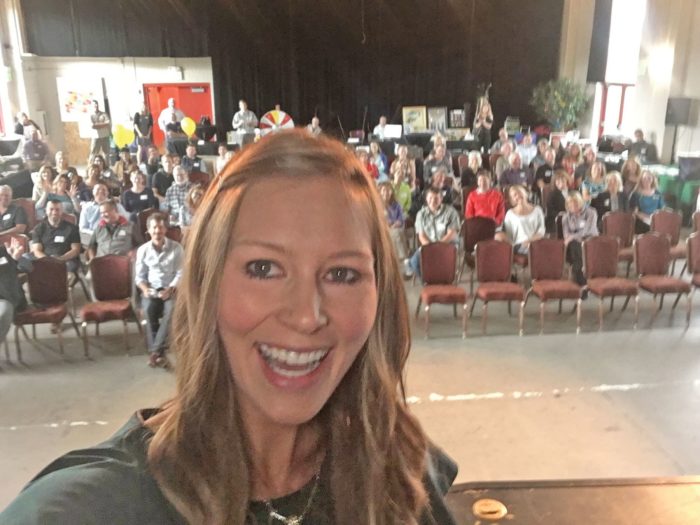 The Chamber of Commerce asked locals what they wanted out of a business confluence, and the survey answer was clear: Carbondalians want to be informed about what’s happening in their community. At the Sept. 19 event, the chamber delivered.

In a seemingly rapid-fire, 90-minute series of “conversation streams,” the audience heard about the state of the community — which included presentations from Garfield County Manager Kevin Batchelder, Garfield County Commissioner Tom Jankovsky and Carbondale Mayor Dan Richardson — regional and state demographics, healthcare in the Roaring Fork Valley and the discussions about generational shifts in the workplace.

“Things are hot here,” Richardson said to the about 50 people in attendance. “Year-to-date since August, median home price is up 20 percent since last year. Our sales tax, we’re up 9 percent year-to-date. We have at least four new restaurants in town that are hopping; lodging tax is up… things are happening right now, and that’s a great thing.”

But, he acknowledged, there will be hurdles in the future in sustaining that kind of growth — challenges that Jankovsky also brought up. For instance, median household income in Garfield County was $71,000 in 2007. Today, it’s $61,000.

“That’s about $10,000 per household, you times that times that by 22,000 households, it’s about $220,000 less in income than we had,” he said. “Housing, health insurance cost, transportation and also child care. Those are going to be very important for the future.”

Those projections aren’t all doom and gloom. Even when presenting about the costs of healthcare — perhaps on par with housing costs as residents’ highest concerns, according to the chamber’s survey results — the message was one of hope in the end. Mountain Family Health Development Manager Garry Schalla didn’t have any illusions about the difficulty in conveying that message, though.

“I want to remind you, I’m just the messenger. I have nothing to do with health insurance costs,” he said to laughter from the audience. After several slides of daunting statistics (between 1999 and 2015, health insurance premiums increased more than 203 percent, for instance), he pivoted to some of the solutions local industry leaders are actively exploring.

“What’s come out of these sessions that we’ve had is a number of really good ideas,” Schalla said. “There are models that we’re trying to follow. We hope that with some of our county partners, our hospital partners, VHA… that through all that collaboration, we can roll out a product — we hope at the very least June of next year — what we call a per-month, per-member amount that would be sustainable for us and affordable for all of you.”