Old friends and new come together to put on Potato Day 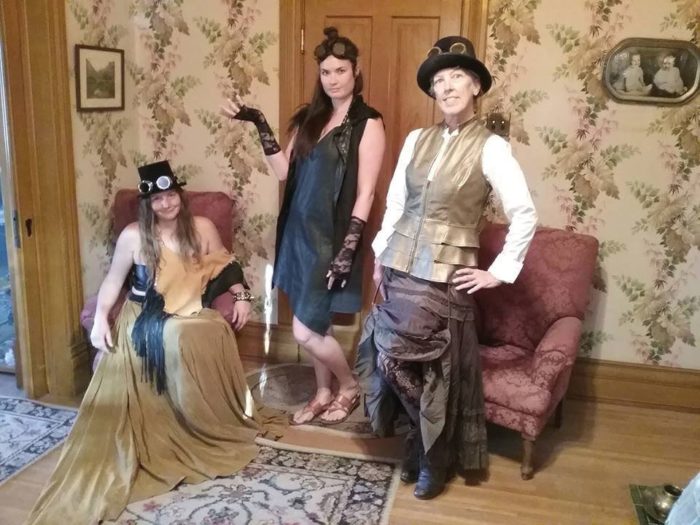 They may not be officially in charge of the event anymore, but the Gianinettis are still heavily invested in the success of Potato Day.

In addition to their involvement with the meal, the folks at Gianinetti Spring Creeks Ranch put up a matching donation to encourage local restaurants to donate gift certificates as prizes for the parade. It’s all part of patriarch Ernie Gianinetti’s plan to kickstart the whole event.

“A grand parade is pleasing to a lot of people from the little ones up,” he said. “If they’re going to come for a day I want them to have a pleasant day.”

The parade heads down Main Street at 10:30 a.m. Oct 6; folks planning floats should sign up by Oct. 1 forms are available at the Chamber office, Rec Center and at carbondalerec.com.

With more than $800 in gift certificates already lined up from the Village Smithy, Red Rock Diner, Mi Casita, Rooster’s, White House Pizza, The Way Home and The Pour House on top of the cash prizes that typically come out of the entry fees, there’s certainly no shortage of motivation to participate.

“The eating is good in Carbondale,” Ernie observed. “It’s amazing the quantity and variety of food the town has to offer and they’re willing to put food where their mouth is.”

Election years also tend to boost the parade, and Ernie urges folks to keep it civil.

“Don’t be booing, be voting,” he said. “I don’t mind you being for somebody, but negativity just isn’t necessary. We need to congratulate people for running and making it a good contest.”

He’s also hoping to draw spectators by offering some of the gift cards to the first person to answer some potato-themed trivia — so be sure to stand close to the stage if you think you have what it takes.

Certainly, Ernie himself would be a top contender if he chose to participate. His father was one of the original ranchers in the area and oversaw potato production during the heyday.

Ernie and his wife Carol continued to produce a car or two worth for years, but as mechanization took over, small, irregular rocky fields were at a disadvantage.

Instead, he managed to get himself saddled with the work of organizing the festival. It all started when he was out cleaning the ditch that runs through Sopris Park back in 1968. The folks in charge of the barbeque were having trouble getting the fire started in the pit, so Ernie went home to get his new torch.

“That one helping hand turned into years of Potato Days,” he chuckled.

It was a labor of love.

“Way back when, there wasn’t a celebration every day,” he added. “It was Carbondale’s big event. The potatoes were in, the cows were off the range, and it was time to celebrate. Everything stopped and we made it to Potato Day. I’ve never missed one in my life.”

He compared it to a mix of Thanksgiving and the County Fair, with dancing, produce, “new friends, old friends and long-established friends.” The lunch was free until crowds began to overwhelm the food supply.

The Gianinettis did make a few changes after taking over in the ‘70s, which stuck when a pair of sororities took over and will likely endure with the new committee.

“We used to give potatoes to everybody to twice-bake,” Ernie explained. “Some came back delicious, some came back on the terrible side and some didn’t come back at all.”

Now they’re all cooked in a pit like the meat, which is both more consistent and more efficient.

They also introduced themes, although at first it was mainly a way to honor specific members of the community like teachers or ranchers.

“Our heroes have always been cowboys,” Carol said.

For the second time, Ross Montessori is timing its Marmot Mile and 5K race to coincide with the event — replacing the now-defunct Tater Trot. It starts at the school at 8 a.m. and winds through River Valley Ranch; register beginning at 7 a.m. for $20 or visit rossmontessori.org for more information. “It worked out that it’s a good day for us, and how great for us to be involved with a bigger community event,” explained  Development & Enrollment Director Tricia Williams. “Afterwords, everybody hangs out and has some pancakes, then we all go over to the parade.”

Don’t want to wait until Saturday to dress up?