Locals flock together for new guide 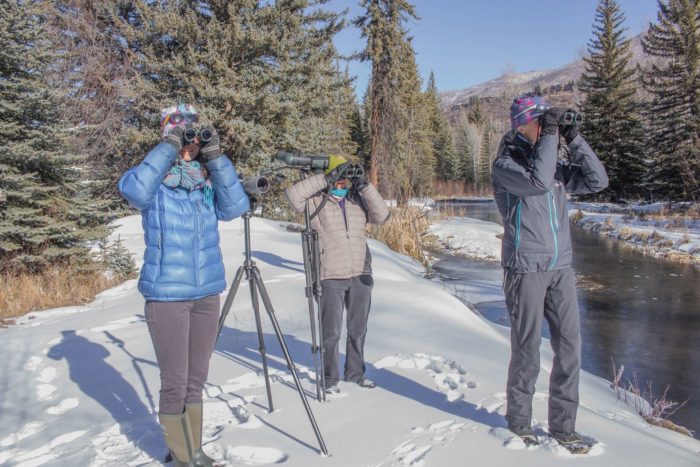 Rebecca Weiss and Mark Fuller are bird nerds, and they’re making it easy for you to be one, too.

“Birds are the most watchable form of wildlife,” Weiss said. “Birders are fun to hang out with and it helps you connect to nature.”

“They’re everywhere from your backyard to the wildest wilderness,” Fuller added. “They behave in different ways and they’re just beautiful.”

Their new book “Birds of Aspen and the Roaring Fork Valley” includes information on 155 species and where to find them locally. It’s available at DJ’s on Main, Book Train, Bookbinders and elsewhere for $24.95, but your best chance to nab a copy might be in a series of signing and talks: Oct. 8 at the New Castle Library, Oct. 9 at the Glenwood Springs Library and Oct. 10 at the Carbondale Library at 5:30 p.m. each night.

The pair have plenty of public experience.Weiss is a naturalist and birding guide with the Aspen Center for Environmental Studies and Fuller frequently follows along. The pair met through just such an event, and later realized that her research and writing savvy and his photographic eye might be the perfect backbone for a book — with plenty of help from others. ACES and numerous private donors helped cover the initial printing cost (it’s already back for another round) and Kurt Carpenter did the design.

“I feel like we’re the agents of a community project,” Fuller said. “Hopefully we’ll be able to go beyond just the book and turn it into a whole educational enterprise.”

Their new organization, Roaring Fork Birds, was formed with that in mind. If past experience is any indication, it should take a little exposure for folks to catch bird fever.

Fuller himself got hooked in high school, when a biology teacher required her class to be able to identify 50 different birds, trees and wildflowers and it became a father son activity,

“It’s something that’s easy to do with other people and you don’t have to be athletic,” he explained. “If you’re out there and in tune with what to look for, you can have some really cool moments.”

The book not only helps with identification, it has a lot of hyper-local information about location and behavior. It could help a visitor tell a Broadtail Hummingbird from a Ruby Throat back home or encourage a native to keep an eye out for Black Swifts behind waterfalls. It can also help folks tune into the cycle of the seasons.

“It’s wildly exciting right now,” Weiss noted. “We have species coming through we don’t get to see other times of the year. We also have birds in different plumages.”

In general, the Roaring Fork Valley is an great place for birding, with plenty of native vegetation to support a wide variety of migrants and year-round inhabitants. And while a book can’t replace a nature walk for learning to recognize a flight style or song, Fuller’s large full-color photos give a great sense of how they look in the field, with Weiss’s facts to keep you coming back for more.

“There’s just so much fascinating information about these birds,” she said. “Birding offers lifelong learning.”

A few species to look for 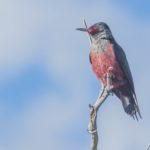 Named after Meriwether Lewis who collected the first specimen, it’s a “truly western species” found mostly in “mature, decadent cottonwood stands with plenty of dead trees.” Look for its iridescent green back and rosy front or listen for the “drumming” — they’re own sort of song. 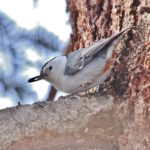 You don’t even have to leave town to spot one of these patrolling the bark of deciduous trees for insects, larva and eggs. They’re recognizable for their “goofy” stance —  “one foot forward and one foot back” — and propensity to hold seeds in one foot and pound them until they break. 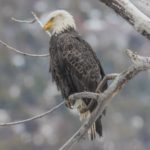 You can probably already tell the elders on sights, but the youngsters aren’t bald. They’re big, though and have a “sort of majesty” that makes them such a good mascot. Come November, they should start showing up around water — a sign of bad weather on the horizon.