Road work goes ever on and on 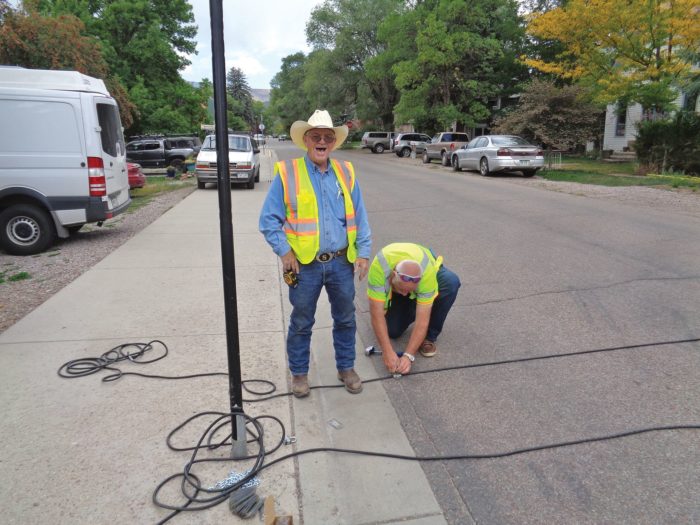 Public Works Director Kevin Schorzman will likely get most of his wish list when the municipal budget is finalized in December. During a capital budget presentation on Oct. 23, Carbondale Trustees discussed the items not included in the current draft and expressed a desire to be proactive.

“I would love to see all this done if we can do it and keep reserves at 75 percent,” Trustee Ben Bohmfalk said.

He expressed some reservations about dipping into reserves at all, but Town Manager Jay Harrington assured the board that it’s common to “catch up” in good years. As things stand, the Town is expected to enter the new year with about 77 percent of its annual budget in the bank. That’s thanks to higher-than-expected tax revenues, which more than cover previous budgets that risked dipping into reserves.

As such, the board had around $120,000 to play with as Schorzman outlined the situation.

“This is not a sky’s falling thing,” he noted. “We don’t have a lot of roads. It’s pretty easy to drive around and see which are failing and which aren’t.”

Still, there’s block cracking on parts of Meadowood Drive that could indicate poor drainage or a problem with the base. River Valley Ranch also appears to have some base issues dating back to an era in which engineers seemed to think geotextile fabric would let you “pave a road over Jell-O,” Schorzman joked.

“We will continue to do our routine maintenance in RVR… but what those don’t address is settlement,” he added. “Those things won’t ever go away without getting in there and fixing them.”

To make that happen, he advocated for $50,000 a year specifically earmarked for that purpose.

There’s also likely to be a continued cost to maintaining Main Street and other concrete drags — a legacy of a forward-thinking move in the ‘80s that almost bankrupted the Town.

Trustee Heather Henry advocated for fully funding that item rather than risk more costly fixes later, but expressed hope that other items, like streetlight replacement, might be funded by a grant or other source.

Similarly, Trustee Marty Silverstein saw a proposal to improve parking on Fourth Street as a natural fit for the separate reserve funded by the Town’s streetscape tax. While the board has discussed saving up to purchase land for parking, it’s likely that some additional help would be needed to make that happen, anyway.

Mayor Dan Richardson was more concerned about public process, and Schorzman assured him there’d be plenty of opportunity for feedback.

“We can engage the public in this and not just say ‘Here’s what’s happening,’” he affirmed. “I think we were fairly successful with the Third Street sidewalk kind of approaching it that way.”

Henry also took the opportunity to express a long-term desire for better trails along Eighth Street, while Bohmfalk pointed out a gap in pedestrian paths in front of the Third Street Center.

No final decisions were made, and the budget process is ongoing.