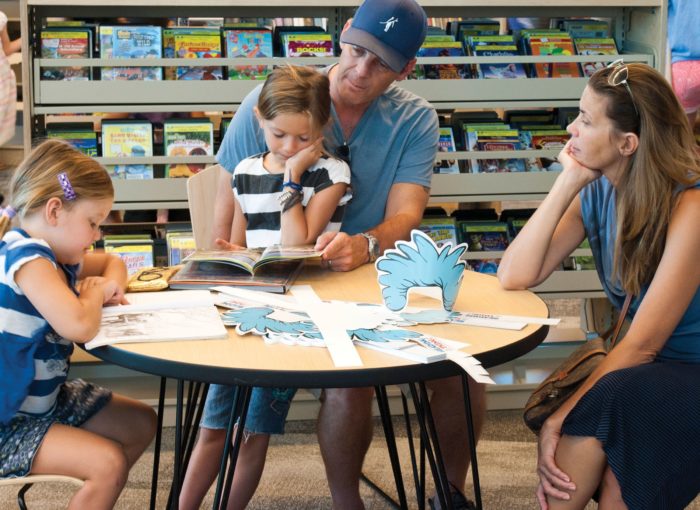 Next Tuesday, the community will cast their vote on a number of measures, including whether or not to allow Garfield County Public Library District and Colorado Mountain College to sidestep the Taxpayer Bill of Rights.

Referred to as “de-Brucing” (named after Douglas Bruce, who wrote and promoted the Taxpayer Bill of Rights, a spending limitation approved by Colorado voters in 1992), this operation allows more spending and taxes than TABOR’s formula would otherwise allow.

However, neither Garfield County Public Libraries nor Colorado Mountain College are actually proposing to raise current tax rates. Rather, their concerns lie in maintaining revenues.

Ballot issue 6A asks voters to allow the Library District “… to collect, retain and expend all excess revenues and other funds collected in calendar year 2017 and in each subsequent calendar year thereafter without further voter approval…” — or, in other words, to keep all revenues they already collect.

Some of the Library District’s funding — primarily the sales tax already approved by local voters — is subject to a Colorado state-specific formula that can limit the amount they’re allowed to retain. This state-imposed cap resulted in a $139,232 refund for their 2017 fiscal year, with a a similar, or even larger refund projected for 2018.

If voters approve this initiative, an additional $139,000 would be granted to the Library District’s 2019 budget, says Amy Shipley, Interim Executive Director of Garfield County Libraries. This would immediately boost their book budget back to previous levels maintained before they faced a 50 percent cut between 2016 and 2017. The increased budget would also allow the purchase of roughly 7,000 new materials available in each of the next two years across the six library branch locations, one of which is in Carbondale. The book budget is not just for physical books though; it factors in e-books, audiobooks, movies, music and anything else available for check-out in their libraries, says Shipley.

Long-term, the passage of 6A entails that any money retained by the Library District in subsequent years would go to their general pool of funds and be divvied up based on the current needs of the communities they serve.

And, as Shipley stressed, 6A would not raise current tax rates or collections.

Ballot Issue 7D asks voters to grant authority to the Colorado Mountain College Board of Trustees to adjust the school’s mill levy, “… solely for the purpose of maintaining revenues that would be lost due to statewide property tax assessments rate reductions…” The ballot proposal continues, “… and shall the revenues generated by any such mill levy increase be collected, retained and spent notwithstanding any limits provided by law?”

Next year’s property tax revenue is forecasted to decline as a result of Colorado’s Gallagher Amendment, and for CMC this could entail a $3.8 million loss in revenue. If approved, this ballot measure would allow the college’s trustees to adjust the property tax rate — or mill levy — they collect in an effort to prevent such loss. They would only be allowed to do this when CMC would otherwise lose revenue because of the Gallagher Amendment, which benefits only the booming residential areas in Colorado.

CMC receives roughly 70 percent of its funding from property taxes. Last year, the college received 2.8 million dollars less because of the amendment; this year it’s predicted to be somewhere in the ballpark of 3.8 million dollars. While this isn’t a large enough loss to threaten the existence of the college, it still represents more than 10 percent of the operating budget — or equivalent to CMC’s Rifle campus, with programs, faculty, staff and other necessary factors of operation  included). And with 10 percent chipping away every year, the college administration is forced to start looking at, and possibly readjusting, the operation of the institution, says Matt Gianneschi, Chief Operating Officer and Chief of Staff at Colorado Mountain College.

CMC is the only provider and trainer of firefighters, first responders, EMTs, teacher education and nurses in the six-county mountain region. They also offer ESL and GED courses that are unfunded by the state, as well as free college for high school students in every region they operate.

CMC has already raised tuition in the last five years, and as one of the lowest-cost institutions in the nation, affordable tuition is something the college historically has set as a priority for this region, according to Gianneschi.

“We feel that we’ve done all we can with [tuition],” says Patricia Theobald, one of the seven trustees on CMC’s Board. “We’re reaching capacity at the Carbondale and Aspen campuses, and we really just want to be able to provide more services,” she concludes.