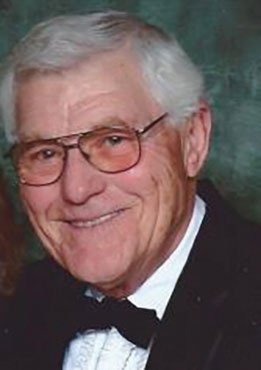 Jack was raised in Brooklyn, New York. He edited the  City University of New York school paper. Jack served in the U.S. Army in World War II, and was wounded in the Battle of the Bulge. He was on a volunteer intelligence-gathering mission behind enemy lines, and was awarded the Purple Heart.

Back in New York he founded and ran a successful typography company. An avid scuba diver, he participated in aquatic-life projects with the New York Aquarium, including surveying the coral reefs of Exuma Cays Land and Sea Park, the first such protected area in the world.

Jack retired to Snowmass Village in 1974, pursuing lifelong interests in skiing, hiking and biking. He worked to incorporate the Town of Snowmass Village in 1977. He helped found the Aspen Jewish Community Center in 1975, serving it for many years. He was a volunteer in Aspen Mountain Rescue for over ten years, and its President from 1985 to 1988. In later years, he took up pole walking and loved introducing others to the sport and its techniques.

Jack was preceded in death by his parents Louis and Freida. He is survived by Lisa, his loving wife of 75 years, children Hal (Patricia), Bruce (Deborah), and Lori Meredith, brother Sam (Corky), and grandchildren Tenaya (Scott), Aaron (Tamara), Kyra, and Kalen.

Donations can be made to Mountain Rescue Aspen (mountainrescueaspen.org).