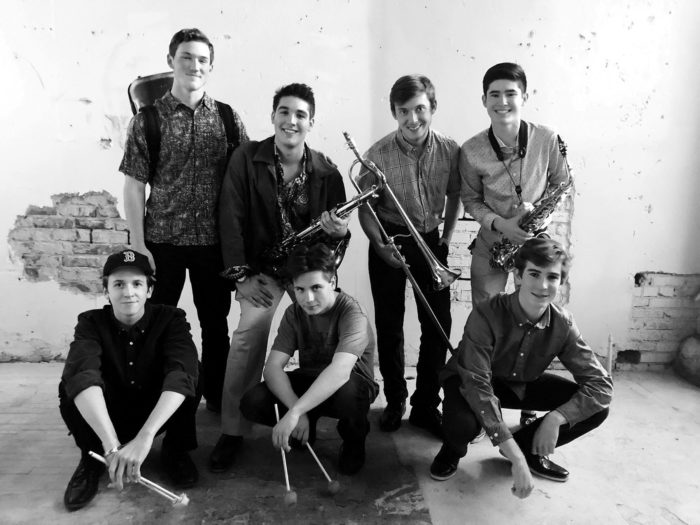 The Roaring Fork High School Jazz Band will perform with the premiere ensemble from the Colorado Conservatory for the Jazz Arts (CCJA) in a free community concert at 7 p.m. Nov. 9 at the Third Street Center.

With support from Jazz Aspen Snowmass, CCJA Jazz Arts Messengers (JAM) will travel to the Roaring Fork Valley on Friday to hold workshops at RFHS and Glenwood Springs High School prior to performing with the nine-member RFHS Jazz Band. The student ensembles will play mainstream jazz, contemporary jazz-related jam music, and student originals.

“These young musicians will amaze the community with the level of musicianship they’re able to attain at such a young age,” said CCJA Executive Director Chris Romaine. “They’re not just making music for their own sake; they are working really hard to communicate with and entertain their audiences.”

It’s not the Carbondale students’ first exposure to the CCJA, a Denver-based nonprofit that provides unique musical experiences for youth under the mentorship of professional jazz musicians. Some of the students have worked with CCJA educators in the District 8 Honors Band program and the Jazz Aspen Snowmass summer sessions; have traveled to Denver for the conservatory’s annual jazz showcase; and performed in a benefit concert at two Front Range Macy department stores.

RFHS sophomore Renee Bruell, who plays baritone saxophone,  is looking forward to reconnecting with the CCJA community. She performed with CCJA in summer at a benefit concert to raise money for instruments for local schools.

For Friday’s concert, each ensemble has shared music with the other and they’ll perform together and on their own. Bruell’s favorite is Duke Ellington’s “Caravan.”  The CCJA group is under the directorship of Paul Romaine.

“We went there in April and listened to the showcase of all the different bands. This was the top band,” she said. “You could see they were all really tuned into each other and listening to each other and less to the director, which isn’t a bad or a good thing. It’s just not what I’m used to and what most people aren’t used to until you get to the next level.”

According to RFHS Jazz Band Director Mark Johnson, CCJA founder Paul Romaine has been collaborating with Carbondale music educator Chris Bank for many years on the JAS summer jazz camp. CCJA sends a group of students each summer to help coach students in the Roaring Fork Valley.

“Paul mentioned how much he would like to bring a group here and that got the ball rolling,” Johnson said.

Many of the CCJA students attend Denver schools with advanced music programs and are “really accomplished,” Johnson said, adding that they will rehearse during the day with the RFHS band.

“The community should come out and support the efforts these fine young students are making. Our kids are really playing well and the CCJA kids are terrific. It’s going to be special,” he said.

Bruell says she is grateful to JAS for supporting music opportunities like this Friday’s exchange. JAS also has helped fund Johnson’s position and scholarships for local students to attend elite summer programs in Massachusetts, among other music initiatives.

“I think Jazz Aspen Snowmass does a really good job of getting this music into the schools in the valley. I know a lot of people who love jazz but aren’t given that opportunity at their school,” she said. “A big part of music, if you’re actually going to try to play professionally, is marketing yourself, getting yourself out there and getting yourself known with a lot of different people. To get to know and play with people from CCJA is a great way to get yourself out there.”

Bruell said after high school she will study psychology as a “backup” but really wants to pursue music. Playing in the RFHS Jazz Band has provided her with community.

“Getting to play with these people has made a difference for me, and this is the part of my day that I look forward to the most. It’s definitely helped me through some of the not fun parts of high school,” she said. “Being able to form this sort of unity with people through music instead of words is something that not a lot of people get, and it’s amazing that I’ve gotten to have this at such a young age.”