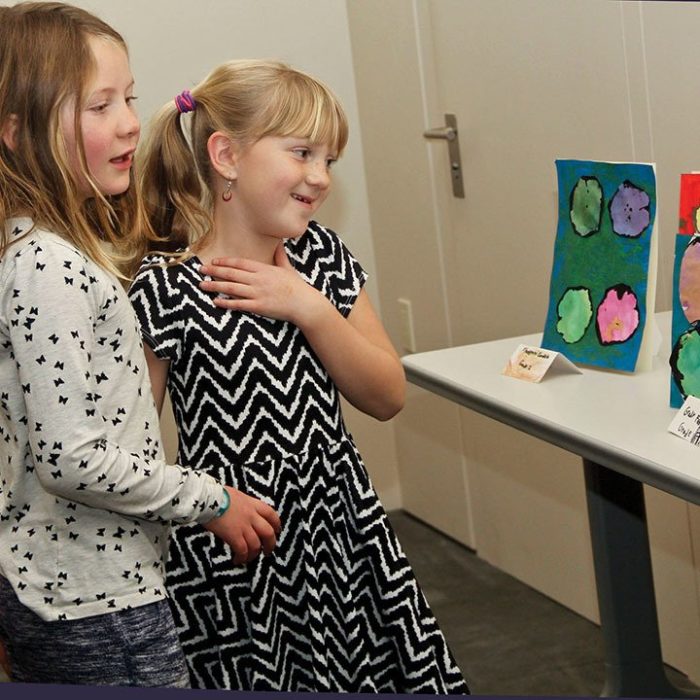 As a New Yorker, Sonya Taylor Moore grew up with culture in her backyard, but she was surprised and pleased to find it in Carbondale when it came time to teach her students at Ross Montessori a lesson on pop art.

The Powers Art Center, located at 13110 Highway 82 just outside of Carbondale, had recently hung a display of Andy Warhol prints as part of a rotating exhibit which complements the Jasper Johns the facility focuses on. So she brought her middle schoolers up to see his flowers, Marilyns and Campbell’s Soup cans.

“The missing link in studying an artist is that they don’t usually get to see the work,” she noted. “How can we create anything if we don’t first look at what’s happened and why and get inspired by it?”

“I’ve been trying to engage the art teachers to bring the kids here on field trip,” she noted. “One of our missions is to develop a relationship with the schools, and to have student art shows here.”

She encouraged Moore to do just that — display student works alongside the real pieces that inspired them. So for several weeks, Ross students played with peppers and photocopies to make an array of prints as an homage to the pop art master.

“It’s so easy to get them excited about Warhol. He does Mickey Mouse, Coca Cola — the things they recognize,” Moore said. “I know they had fun doing it. I can only hope they get it.”

Then, on Nov. 8 and 9, they showed off the fruits of their labor in a special evening exhibit at the Powers (which is usually open 10 a.m. to 3 p.m. Monday through Thursday). It drew not only parents, but other community members as well.

“I’m really excited about having more exposure,” English said. “It always surprises me that people in Carbondale haven’t heard of the museum.”

But the best part was seeing the kids work.

“I just enjoyed every piece so much,” she said. “It was so much fun to see what touched them and how they interpreted it.”