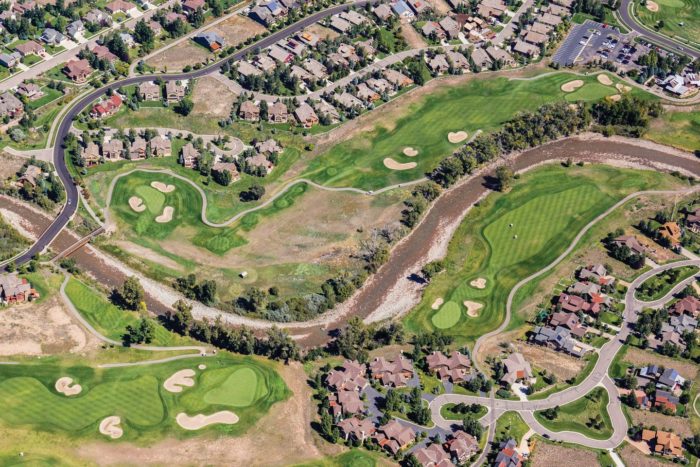 The River Valley Ranch golf course is expected to change hands this week, with a closing slated for Nov. 15.

Everything appeared on track as of press time, according to David Myler, an attorney who has worked with both Dale Rand — principal of RVR Golf LLC, which has run the course for the last three years — and prospective buyer Crystal Outdoors LLC under Dan and Wynee Coleman.

In a meeting with the community on Nov. 13, the Colemans furnished a memo description their intent to “re-envision all the possibilities that our beautiful open space holds for everyone here to enjoy, not just golfers.” Specifically, the document outlines goals of upgrading restaurant and resort facilities for year-round use, repurposing the driving range parcel and looking at fiscal sustainability for both the golf course and the HOA.

It’s the culmination of several months of discussions that have left the River Valley Ranch Homeowners Association on something of pins and needles. According to Golf Advisory Committee chair Gary Lesser, the HOA was in discussions with the old owner over the summer, with some pushback by residents against certain changes.

“We will support what our community wants,” he said. “We want to ensure the long term success of the community, prevent any changes to its character and maintain property values.”

But while the HOA has control over facilities like the Ranch House with its swimming pool and tennis courts, they don’t have much say over the Pro Shop, restaurant or green.

“The golf course is owned separately, and other than sharing water we really have no business association with them,” explained Board Secretary Leslie Marcus.

Indeed, residents of RVR get no special treatment on the golf course, although the facility’s original agreement with Carbondale does require that it be open to the public.

Added Board President Yvonne Perry, “We have a mix of retired people, seasonal people and people who work here in the Valley, and they all love being here.”

Of course, if the sale goes through, the previous owner’s plans will be a moot point. As such, Marcus said, “We will probably through another process of re-engaging with our community.”

The Pan and Fork Restaurant and Pro Shop is closed for the season, meaning folks likely won’t see any immediate changes. As for the long term, it’s something the the Town is also keeping an eye on.

“At this point, our primary interest has been in the previous owner’s interest in rezoning the driving range,” noted Town Manager Jay Harrington. “The current golf course owner felt strongly about his right to redevelop, and we saw things a little differently on steps to get there.”

There’s also always the risk that the whole course may someday be shut down and repurposed, which has been something of a trend nationwide.

“In my neighborhood, I rarely see someone with a set of clubs heading down the street,” he observed. “If it were to close down and that open space discussion happened, we’d be part of it.”