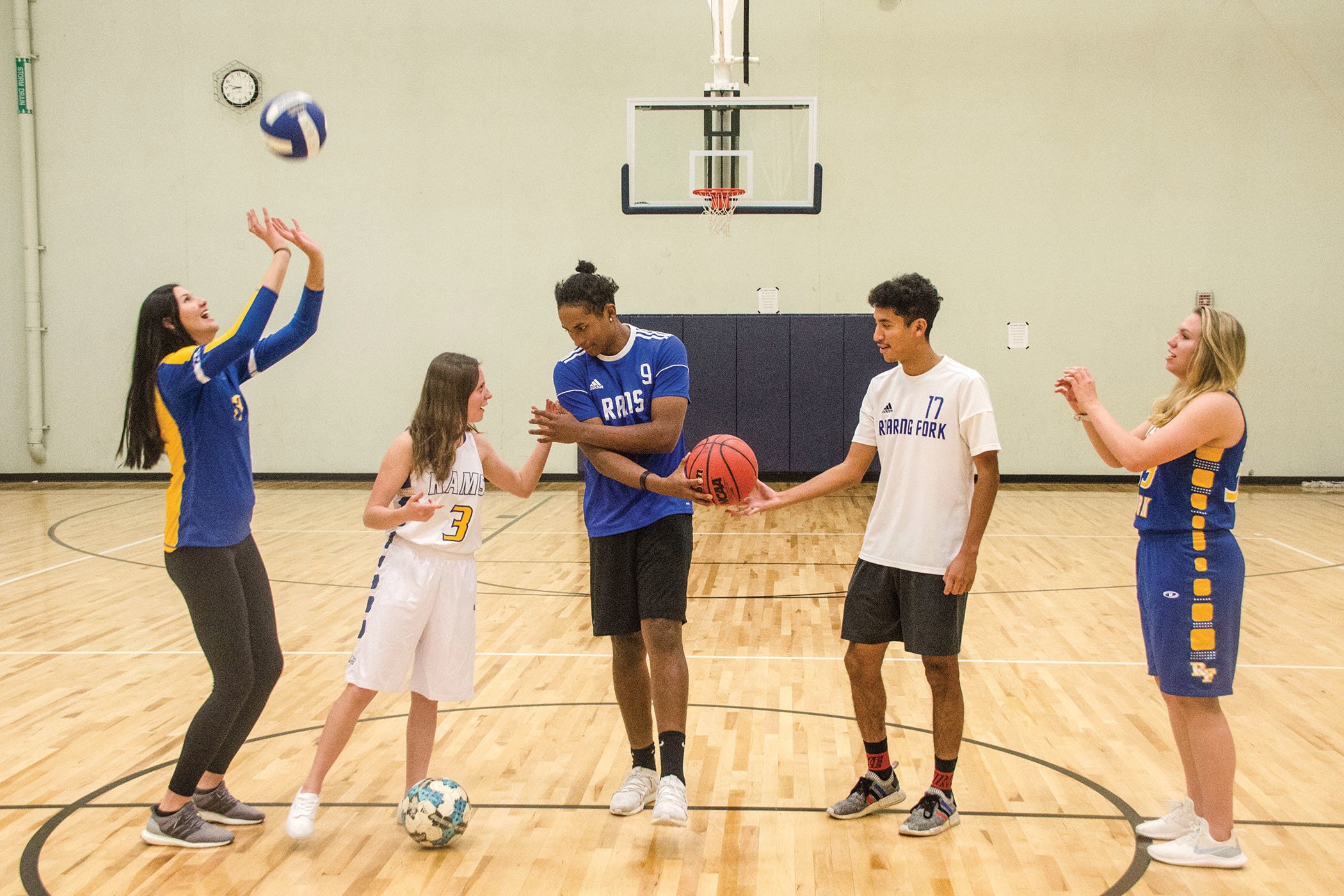 Ram fans are going to see a lot of familiar faces as the basketball season tips off with the Brenda Patch Tournament.

Many kids at Roaring Fork High School play multiple sports, and the usual suspects tend to excel in more than one.

“If you look at our starting lineup, it’s the same guys,” said Joe Salinas, who was practicing basketball as soon as the soccer team had its semifinal finish. “We’ve played soccer together for years, but basketball is something we all picked up at the same time.”

Year-round activity makes it easy to stay in shape, physically and mentally, noted Gabby Santana. Still, it can be an awkward transition, particularly for the volleyball girls.

“It’s a whole new game. We haven’t dribbled in months.” said Logan Erickson. “But it’s the sport that we’re best at. We know we can be good and we take it seriously. More people come, and that makes it more fun.”

In Kendall Bernot’s opinion, that’s partially because it’s so fun to watch.

“It’s fast paced and it never really stops,” she said. “We always stay for the boys’ game.”

Indeed, playing back to back on the same court almost makes it one big team.

“I think it kind of makes it a competition between the boys and girls, but mostly it’s support,” Santana said.

And they also benefit from the support of some of the same friends they’ve played with year after year and season after season.

“You play different in different sports, but I don’t ever have to question that my teammates will be there,” Bernot said. “It’s challenging, but it’s worth it because it makes you a more rounded athlete. Once you’ve done it for a year, you get in the groove and then it’s weird not to have both school and sports.”

Indeed, after basketball, many of the same kids will go out for  track or other spring sports. And while they’ll once again be in shape for the transition, it’s not quite the same — to say nothing of the impending transition to college intramurals.

“I’ll miss the team aspect,” Ronald Clemente noted. “I always think I have next year, but now I don’t.”