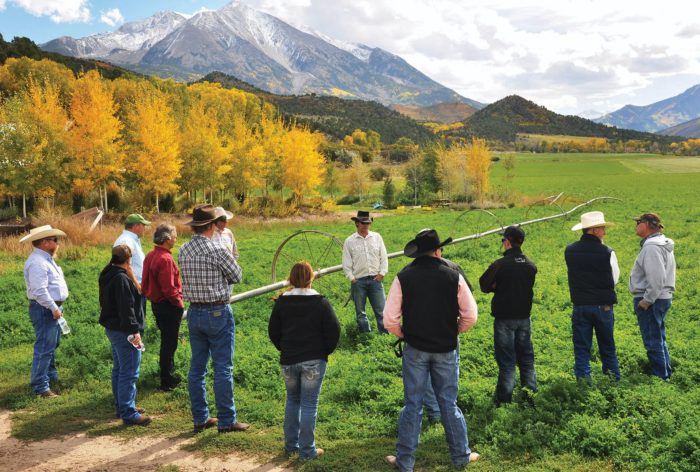 Jacober recently told The Sopris Sun that all businesses associated with CR Holdings, Inc. have suspended operations. Crystal River Meats is the wholesale distribution arm of the holding company.

The situation began in March 2018, when JBC Agricultural Management, the farming and cattle-raising arm of CR Holdings, filed bankruptcy. (Jacober made it clear that the bankruptcy case did not involve CR Holdings – only JBC Ag.) According to court documents, JBC Ag found itself on the losing side of a breach-of-contract complaint filed by two ranches on the Front Range.

The story basically goes like this. In 2015, JBC Ag contracted with Southern Cross Ranches to buy grass-fed cattle. But, because the cows delivered were not grass-fed, JBC rejected them. Southern Cross claimed that JBC breached the contract, and sued. Jacober told Colorado Bankruptcy Court in 2018 that he thought JBC would ultimately prevail but the company was under-represented during key phases of litigation. JBC Ag lost the suit and was ordered to pay a little over $2,500,000. That judgment is still under appeal.

Jacober told The Sun that he filed bankruptcy to help JBC Ag restructure operations, which is the whole point of filing for Chapter 11.

“We wouldn’t be in this situation if we didn’t have a lawsuit that demanded bankruptcy and suspension of operations,” he said. But, because he was unable to remain in business, restructuring was impossible.

“If you’re not making money, you can’t restructure debt,” he explained. Consequently, the bankruptcy case was dismissed late last month. “We were hoping that the bankruptcy case would stay around long enough for the appeal to go into effect,” he said. Jacober’s attorneys declined comment.

Jacober is still trying to make things work with Crystal River Meats. “I’d like to go back to being the same but also owning the processing element,” he said. His goal is to work with creditors and possibly sell assets, which include equipment and meat inventory. “We will be in negotiations individually, working out a plan,” he said.

Crystal River Meats will continue to supply Fatbelly Burgers from existing inventory, and he said that Aspen Ski Co. plans to buy meat this season.

Jacober said he’s working day jobs as a cowboy and is still CEO of the holding company. He’s doing his best to handle the problems and maintain relationships that the company developed over the years. “The hard part is knowing you owe people,” he said. “It’s difficult to know how to pay them.”