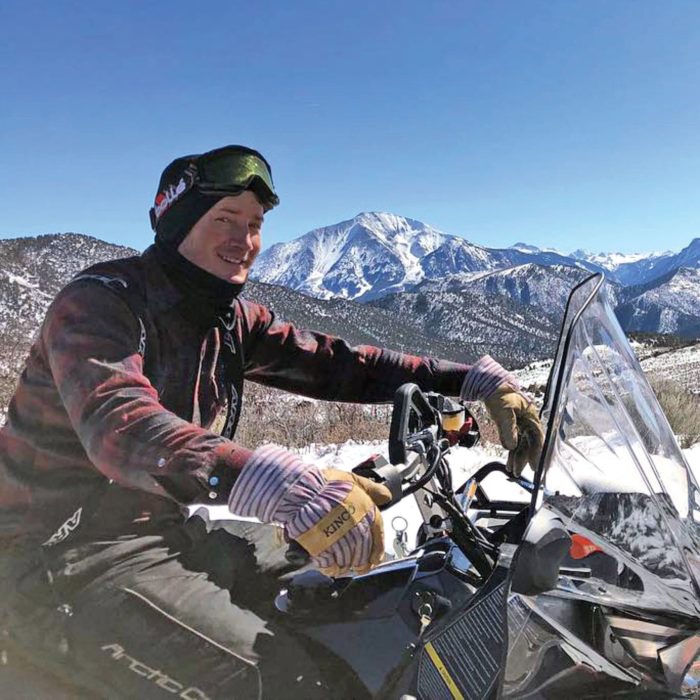 The Sopris Sun is conducting a series of interviews with folks you may not have seen in the paper before – a sort of introduction to your neighbors. This week we caught up with Noah Scher, one of the groomers up at the Spring Gulch Trail System — which opened for the season this week.

Sopris Sun: How did you come to the area?

Scher: My grandparents lived here since the ‘80s and several of their kids have started moving back. I actually graduated from CRMS. When my wife and I were ready to make a change, it seemed like a great place to land. There’s family, there’s the community and it’s also a great place to be outside. Even though we have so much family here, we sometimes joke that we moved here for Spring Gulch.

Q: Where were you before that?

A: I went to college in Maine, met my wife, Anais, there and lived there for six or seven years. She’s from Pennsylvania. I grew up in West Virginia. I only live in beautiful places.

Q: Do you guys have kids?

A: Emma’s 4 1/2 and in her first year of preschool. Damon’s 1 ½. It’s great to have multigenerational family here.

A: I work with Alpine Mountain Gardeners, a small landscaping company. My dad and Eric started it in 2002, and I came on board full time in 2010. My wife has traditionally earned more than me, though that’s changing with the kids. She actually just got hired by the Nordic Council to be their administrator. We’ve worked together before, so it’s all good.

Q: How did you get into grooming?

A: I was looking for something part time in the winter to have a schedule but still have a lot of time home with the kids. I knew Aaron Taylor and Megan Passmore were getting out of it and let them know I was interested.

Q: How does it compare to landscaping?

A: It’s a different routine. In the early morning or evening, despite the noise of the machine, it’s pretty peaceful. There’s a history of lots of people that have maintained the trails. You never know who’s going to be skiing by, so there’s a responsibility to get it as good as you can.

Q: Do people complain much?

A: Mostly, everybody’s pretty happy and celebrates what we’re trying to do, but we get feedback.

Q: What do you like to do other than ski?

A: It’s mostly about spending time with the kids. We’ve taken Emma ice skating at Fourth and Main and the little rink they do in Redstone. In the summer, we like swimming and hiking.

Q: What’s something the people don’t know about you?

A: My degree is actually in Elementary Education and I worked in Environmental Education right out of college leading trips in the wilderness.

Q: What’s the next milestone?

A: The kids starting to go to school and being out in the world is great but it’s a big transition.

If you know of someone who should be featured in “Our Town,” email news@soprissun.com or call 510-3003.