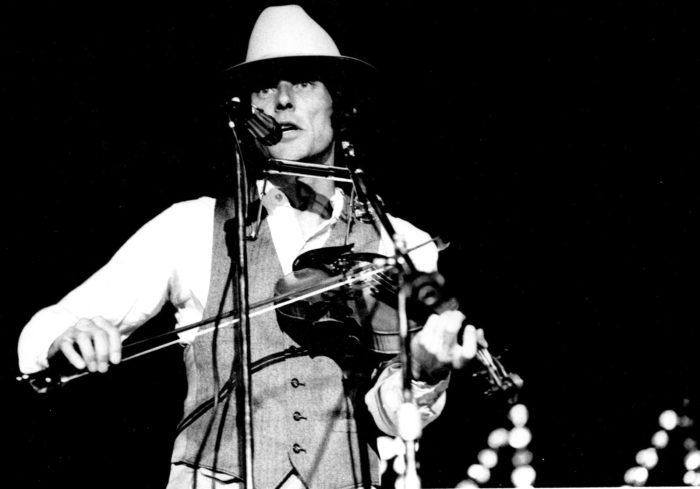 Julia Hedman had hoped to plan her father’s celebration of life with him, while he was still here to enjoy it.

“It was Obama’s adviser that was talking about how we should have a celebration of life before we die, and I was like, ‘Yes, dad, let’s do it.’ But it all just happened way too fast,” she said, her voice drifting.

Russell Hedman died Jan. 7 this year at the age of 78, about nine months after receiving a cancer diagnosis.

“I didn’t have the emotional capacity in the beginning to host a memorial or a funeral,” his 30-year-old daughter said. “The week before he died, I was crying, and I’m like, ‘I’m not ready for you to go.’ I was telling him that I wanted him to be there for my wedding and see grandchildren, and he goes, ‘I’ll be OK, and you’ll be OK, too.’ It’s been so hard. I still cry every single day.”

Now, planning her father’s celebration of life has made her feel a little more OK. Russell was an avid musician, so it only seemed right to celebrate her father’s legacy at Steve’s Guitars, one is his old stomping grounds.

“He was part of the bluegrass jam that’s been meeting there on Sundays,” Julia said.

To make the evening, she has been busy literally getting the band back together.

“What’s really neat about this is John Sommers is coming — he used to write songs for John Denver — and Jan Garrett and JD Martin and Larry Gotlieb… all those guys used to be in this band called Liberty that was big time in Aspen back in the day,” she said. “It’s just going to be a musical tribute with all of these musicians from Aspen’s music scene in the ‘70s and ‘80s.”

Making those phone calls has brought up lots of fond memories and great stories, of course. That’s been one of Julia’s favorite parts: in planning a celebration of her father’s life, she gets glimpses of it through others’ eyes, from his campaign for Carbondale trustee to making international news in his skiing career.

“Someone was telling me, ‘I couldn’t pick up a ski magazine that didn’t have your dad in it back in the day,’” she smiled. In addition to his music, Russell spent his winters on the slopes — just weeks before graduating from the University of California in Berkeley, he was recruited to teach the French ski team. In sorting through his belongings, Julia found a newspaper clipping in French with a photograph that included her father.

It’s just one chapter in the broad story arc that was Russell Hedman’s life.

“He really loved adventure and loved to travel, and I felt like every single day, he always had a new story. And he was such a good storyteller: whether it was jumping freight trains on his way to Canada or building the railroad outside of Jackson Hole or working on a Norwegian ship outside of Cuba,” she said. “I mean, he lived a full life. He just thought music and skiing were just the two best things in the world and wanted me to experience the same.”

In moving to Carbondale almost 30 years ago, Russell was able to provide exactly that opportunity to his daughter, and she’s relished it.

“I teach skiing now, and I play the mandolin and the banjo and the guitar and clog dance — I used to always clog dance for him. Because of him, I enjoy living a life in the mountains, and it’s not about how much money you make, but it’s the experiences you have and the people you have them with,” she said.

After all, she continued, that was truly her father’s legacy, and she carries it on in her own life every day.

“He taught me to be an authentic person; he taught me to experience life. He always said it was about quality of life and not quantity.”