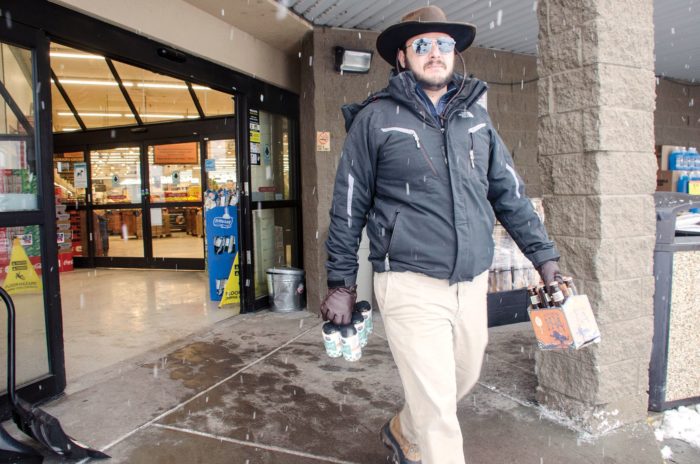 The new year will mark the end of a lingering relic of the Prohibition days, that much-confounding “3.2” lower-strength beer that has surely been the folly of many an unsuspecting tourist and recent transplant.

Beginning Jan. 1, 2019, grocery stores statewide that hold licenses to sell 3.2 beer will be able to sell full-strength beer. The weaker brew has been out of production for months as grocery stores phase it off their shelves. Though all but a handful of grocery stores will not be allowed to sell wine and liquor in addition to beer, leaving those products in the domain of independently owned liquor stores, the change in the law has West Slope business owners and craft brewers speculating on what the future will hold.

“We will just have to roll with the punches for a while and see how much beer [grocery stores] actually sell,” said Kiko Peña, owner of Sopris Liquor and Wine in Carbondale. “It’s just business, but it’s going to affect a lot of people… You got into the game knowing what the rules were, and then they got changed in the middle of the game,” he said.

Chase Engel, Head Brewer at Roaring Fork Beer Company, acknowledged that the scenario had been discussed as many as fifteen years ago and frequently came up in professional circles. He remembered it was on the agenda at his first Colorado Brewers Guild meeting when he entered the industry. While the Brewers Guild initially fought the proposal in the state legislature, now that the law has passed it appears to be working to maximize the benefit for the brewers it represents, which likely means working cooperatively with the major chains.

Under the new rules, an estimated 1,600 grocery stores statewide will be able to sell full-strength beer. West Slope grocery stores may not move as quickly towards adoption as Front Range stores, according to some predictions, but the changes will likely come eventually. Some Roaring Fork Valley grocery stores, such as the El Jebel City Market, have been re-organizing inventory and adding coolers in anticipation of stocking a variety of full-strength beer come 2019.

Peña is concerned with the rule change, claiming that small businesses, craft brewers, and local economies will all take a hit. “I’m scared that most of the craft breweries will close,” he said, because he thinks grocery stores will likely favor more recognizable, mainstream brands, and that with fewer independent stores, craft brewers will have a harder time moving their product. And he emphasized that supporting local liquor stores, as opposed to corporate chains, keeps dollars in the local economy. “When you shop at City Market, all those profits get shipped out…If more than 50 percent of [an independent liquor store’s] sales is beer, you’re going to be in trouble,” he said.

Beth Maun, owner of Rhumba Girl Liquors in Carbondale, is less troubled by the change in law. “Competition is good,” she said. Consumers will probably buy some beer while shopping, she acknowledged, “but I just don’t think it’s the end of the world.” She said it may be a chance for liquor stores to rethink their inventory and business model, which isn’t necessarily a bad thing.

She suggested she may end up simply specializing in craft beer, ceding shelf space that now contains Budweiser and Coors, and instead stocking more locals’ favorites. “That opens up far more shelf space for me to put in all the craft beer I want, and allow that to be the creative outlet. All the craft beers are going into the liquor stores and that’s where people will go to buy them… I think all the hand-wringing and gloom and doom is unwarranted,” said Maun.

Kroger, the parent company of City Market and King Soopers, has said it will honor the legacy of craft beer in Colorado, as have other major chains. “Ultimately it’s going to grow the shopper experience for all consumers,” said Greg Junk, the Adult Beverage Category Manager for Kroger, whose job is to select which craft beers will be carried in stores. “It’s going to increase the number of Colorado breweries we can represent in our stores. Our number one goal is to highlight Colorado breweries,” he said.

He said he has already met with numerous brewers across the state in a “speed dating” session to learn what they could offer. Junk promised that his door would be open to any and all craft brewers, and that breaking into grocery stores could represent an unprecedented opportunity for them. “We can look at a specific breweries’ sales, and if they’re doing well in a particular market, we can expand that brand into surrounding stores,” he said.

Engel was largely undecided about the effect the law would have on his sales, but extolled the virtues of the status quo. “One of the reasons Colorado is such a great state for craft beer is tied into the fact that you can only have one person own one liquor store… It’s much easier to create that connection when you’re dealing with a smaller entity than a large corporate grocery store,” he said.

Engel fears that tourists and those unfamiliar with the craft market might be confused by the limited selection offered by grocery stores and not explore elsewhere. He is also worried that beer companies in other states, who previously regarded Colorado as an oversaturated market, will now want revamp their efforts by placing their product in grocery stores, thus further harming small Colorado brewers. However, Engel acknowledged that the issue is not cut and dried. “I think it’s going to be great for some breweries, and not great for others…If I could get into grocery stores everywhere that would be a huge growth thing for us,” he said. “Our business is making and selling beer and we’re ready to do that with anyone.”

Dave Thibodeau, President/Co-founder at Ska Brewing in Durango, was similarly undecided about the law’s long-term effect on his beer sales. He was hopeful that his more well-known brewery with lauded favorites like True Blonde Ale and Modus Hoperandi would have a reasonable chance to expand its brand if offered in chains statewide. That could even lead to his beer being distributed to markets outside the state, he said, a prospect he appreciates. Ultimately, however, he admitted that he “has no idea what’s going to happen.”