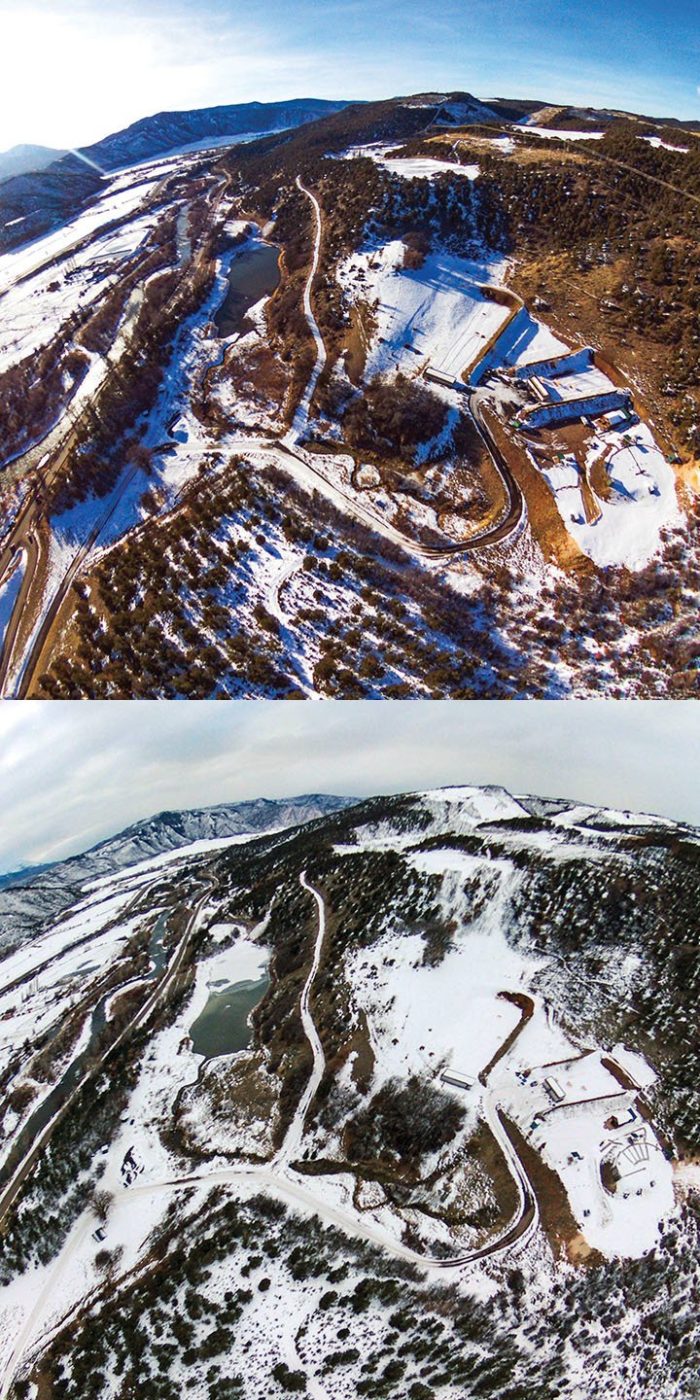 At this time a year ago I was rather a miserable wretch.

I had undergone a knee surgery and was hobbling on crutches and sleeping (or not sleeping) in a brace. While nature’s snow supply for the ski season would prove to be a major flop, I didn’t know that yet, and was embittered by the incremental pace of my recovery.

Things turned around slightly when, on Christmas, my brother blindsided me with a remarkable gift: a Parrot BeBop 2 drone. I felt very much like the crippled Game of Thrones character Brandon Stark when he is told by the wise sage, the Three-Eyed Raven, that “you will never walk again, but you will fly.”

I was familiar with drones, but it had simply never occurred to me that I could actually own and operate one myself. I thought they were either expensive, specialized pieces of equipment found on movie sets, or they were annoying little high-pitched contraptions pre-adolescents used to dive bomb their sisters’ hair. The Parrot BeBop 2 was somewhere in between, sturdy and well made yet nimble and user-friendly.

According to the instruction manual I was glancing over in my living room on Christmas morning, it could fly up to 500 feet high and 1,000 feet away. It could capture both video and snap fisheye photos. The drone emits its own wi-fi channel, which allows the user to connect to it via a smartphone or tablet (or through a pair of goggles) and see what it sees. “Wow, this is pretty cool,” I thought.

I fired it up and launched it right there in the living room, thus learning my first lesson of drone flying: Do not fly them indoors. I immediately got out of control and smashed into a window. Whoops. The device seemed fine, although one of the rotors is still scratched from that initial domestic brawl.

During the winter, exploring with my drone became my chief recreational activity besides mind-numbing physical therapy. Now, flying a drone is fairly easy. You use the joysticks to control the roll, pitch, yaw, and throttle and it doesn’t take long to get the hang of it. However, flying it well, and without incident over a significant timeline, is harder than it looks. Just search YouTube for “epic drone fail compilation” to see just a slice of the hundreds of entertaining videos out there of people crashing, smashing, sinking, stranding, blowing up, and otherwise utterly destroying their drones, as well as other perfectly good property that gets in the way.

To truly earn your pilot’s license, you must develop a keen sense of spatial awareness and respect the limitations of the drone. I started by flying in open fields to master the basics but quickly got bored. I was soon engaged in riskier flying behavior, such as hovering over ducks bobbing in a pond, skimming along the frothing river, and zipping underneath bridges (yes, I enjoy flying over water). I flew as high as possible to surveil the surrounding landscape, and then down low to get interesting shots of trees, birds, and the occasional dog walker.

The potential for mischief with a drone is boundless and tempting, but one must avoid it and obey the law as well as respect privacy. I tried to fly in areas where I doubted the presence of more than a couple of human beings, if any. I scaled the drone up Hays Falls off of Highway 133. I flew in the Crown area outside Carbondale with Mount Sopris as a backdrop, in the Basalt State Wildlife area near Lake Christine (allowing me to score some interesting “before” shots of this summer’s burn area), and in isolated pockets of the Thompson Divide.

I have not yet lost the drone, although I was forced to hop a fence after the battery died as the drone was coming home – just ten yards away but on the wrong side of the barbed wire. I ended up banging up my feet when I landed in a ditch (an asinine maneuver, considering I was recovering from surgery), necessitating the use of Dr. Scholl’s plantar fasciitis footpads, which I rotated among footwear irresponsibly, causing an irritating case of athlete’s foot.

A year later, though, I consider myself an above average drone technician. I’ve even made a couple of videos that have been used to showcase some of our local public lands. I look forward to a 2019 with more fisheye photos and 500-foot-high aerial videos of western Colorado. It’s a great way to see the land from a different perspective, and I haven’t killed anyone yet. My motto for the new year? Keep droning on.