Deceased local lived without a roof, but definitely had a home 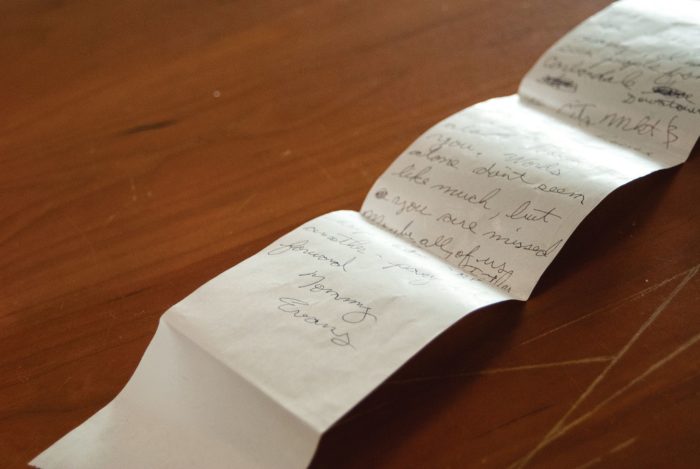 Tommy Evans went out of his way to find The Sopris Sun office, tucked toward the end of a hallway in the Third Street Center. We admit, it can feel a little labyrinthine.

“Finally, I found you!” he exclaimed as he walked into the office. In his hands, he held a long piece of receipt paper. On it, he had scrolled a note to his deceased friend of the same first name.

“A lot of people thought it was me,” he said sheepishly. “They told me, ‘I thought you were dead!’”

Tommy Goodman, 61, was found in a tent outside of Carbondale last month. Though deputies initially suspected carbon monoxide poisoning because of the heater in the enclosed space, the toxicology report indicated the man died of natural causes.

“That was an initial theory. If you see a stove inside any enclosed structure, certainly we will investigate,” said Robert Glassmire, Garfield County coroner. “It was a natural death. Carbon monoxide was not detected at all. His cause of death was… cirrhosis, due to Hepatitis C and chronic alcoholism.”

But for his friends like Evans, Goodman was more than his cause of death.

“Your friends and dog miss you dearly, I have seen people from Carbondale Downtown to City Market and the Pour House shed many a tear about losing you,” Evans’s note read. “Words alone don’t seem like much, but you are missed. Maybe all of us should get together [and] help one another — pay it forward.”

Goodman was a regular face in the Crystal River Valley, from Carbondale to Marble. Lynn Kirchner, who runs Carbondale Homeless Assistance with Suzy Parks Boyle, remembers Goodman fondly, as he often participated in the organization’s luncheons.

In fact, as is often the case with much of the homeless and near-homeless populations, Goodman worked. Vince Savage, “the kind of psychologist that likes to get at the street level” and director of the Aspen Homeless Shelter, also owns the Marble Lodge, formerly the Beaver Lake Retreat. Savage hired Goodman to help around the lodge for at least a decade, maybe two.

“I think it was… could’ve been 20 years ago, 15 at least,” Savage mused. “Tommy worked for me for a lot of years. He had his own little business called Tommy’s Handyman or something like that. This lodge I own needs a lot of little things done, like snow shoveling or plumbing or whatever.”

Even more than his work ethic, Savage recalls Goodman’s humor and easy-going demeanor.

“He was a pretty enjoyable guy; he had a great sense of humor. A lot of people have fond memories of him,” he said. “Occasionally, around Christmas time, we’d take up a collection and put him on the AmTrak back to Omaha [to see his parents]. He was one of those guys you tried to help out if you could.”

Goodman is survived by his mother, who still lives in Nebraska, and his dog Takota. At the moment, Takota is living on the Marble Lodge property with friends.

“I think Tommy’s last dying wish was that if he doesn’t make it, he’d either like [his best friend] Rob to have his dog or if his mom wanted it, he’d be happy to have her have it. I’ve tried to reach her,” Savage said.

Takota, like her departed human companion, has a way of appealing to people’s better natures.

“I’m in trouble because I got in the habit of bringing her back dog biscuits from Alpine Bank until I had so many in the car that a bear ripped the window out of my van,” Savage laughed. “I thought, ‘Oh my god, it’s the dog biscuits!’”