From Carbondale to Los Angeles, an American dad lives the dream 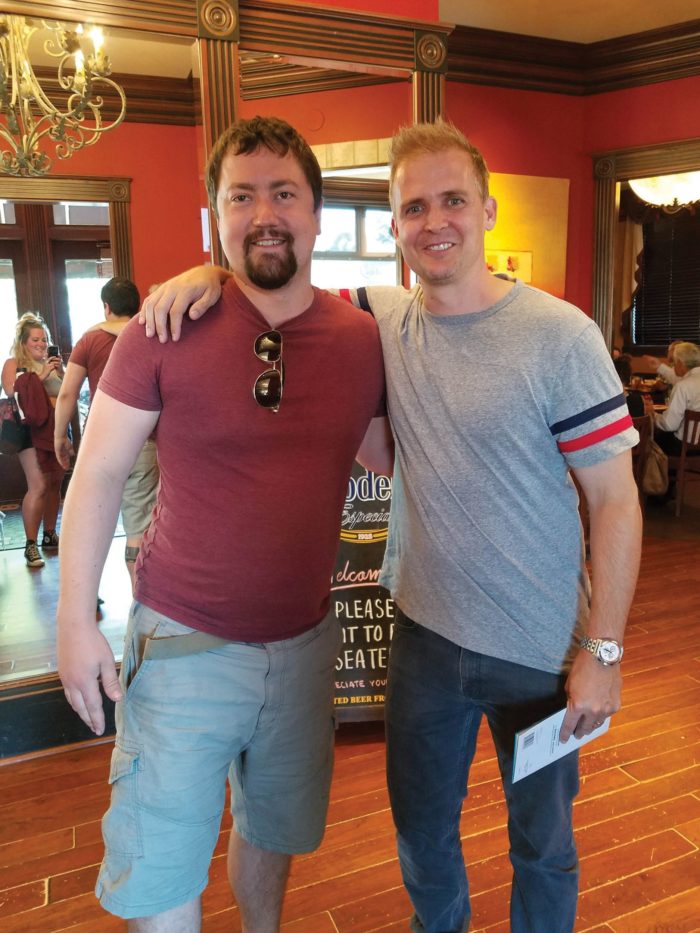 Whether it’s the best of times or the worst of times, Soren Bowie has learned to just roll with the tide. Granted, navigating professional highs and lows in Los Angeles can bring an added drama that only Hollywood can deliver.

The “American Dad!” writer describes his current role as a dream job. The show, a brainchild of Seth MacFarlane that just wrapped its fifteenth season, uses outrageous farce and non sequiturs to tell the story of Stan Smith, a patriotic weapons expert for the Central Intelligence Agency, and his family.

Given the current political climate, there’s a lot of room to play. “For someone like Roger (a pansexual alien living in the Smiths’ attic), the jokes are a lot of fun to write. A lot of his stuff has to write itself; it’s fun,” he said.

“I think just in television right now, it’s all kind of surreal. The warden isn’t looking a little bit, and you can make some really crazy choices in an episode.”

Of course, in the world of television, the future’s never guaranteed.

As of now, “American Dad!” will stay on the TBS roster; the network announced the sixteenth season will air Feb. 11. And as long as that’s the case, Bowie hopes to remain on the team.

Somewhat ironically, some of his perspective that’s helped him succeed in the big city stemmed from his small-town roots — particularly his time as a student at Colorado Rocky Mountain School.

“Anything that will come up that’s outdoors based, it’s only on the peripherals of the people I work with,” he laughed. “They’re vaguely aware of camping and ranching, and that’s something I did there.”

That rural know-how has helped him in more than just the professional arena. Home is where the heart is, as the adage goes, and growing up in Carbondale helped the clever writer think up an in with his now wife, Colleen Callahan.

“She was part of the environmental club, and I thought she was cute,” Bowie said of their days at Occidental College. “So I joined the environmental club right around Arbor Day. At CRMS, I’d learned that … the grazing land for cattle had a hugely negative impact on the environment. So I was doing the research for that, and it was really appalling and terrible, and I haven’t eaten beef since.”

The rest is history. “And then we got married. I mean, not for those reasons!”

In some ways, maintaining a personal life in L.A. can be tough. Bowie admits even a twinge of guilt, as he acknowledges it’s his career, not Callahan’s, that keeping them and their 3-year-old son in the city.

“She works for an environmental research center at UCLA. There are plenty of jobs, like with the Aspen Institute, in the Valley that she would be great at and she would love, and I’m forcing her to stay here,” he reflected.

Then, of course, there’s the looming preschool saga. The unfortunate reality for Bowie and his family is that many of the public schools in his residential district are poorly rated, but private schools command tough competition, even before the elementary level.

All it’s cracked up to be

All that said, Bowie doesn’t take his circumstances for granted — he’s seen firsthand how quickly a good gig can suddenly feel like a dead end. Before landing the “American Dad!” job, Bowie was a columnist and writer at Cracked for almost eight years. While these days he’s a behind-the-scenes guy, longtime fans might recognize him from “After Hours,” a web series that followed four friends’ philosophical pop culture ponderings at a favorite diner.

“They’re all caricatures of us. For some reason, that just became my stigma, the arrogant asshole, kind of cool guy. I look like an ‘80s bully, too, so it was an easy part to play,” he quipped.

By 2010, Cracked passed 1 billion page views, the same year “After Hours” debuted. But in 2016, the E.W. Scripps Company purchased Cracked for a reported $39 million.

“They did two different layoffs,” Bowie recalled. “It was clear that they wanted to make videos more cheaply, if at all. A lot of the stuff they wanted us to do was less fun, so I actually left… in October, then in November everyone else got laid off.”

All in all, Bowie doesn’t have many complaints.

“Ninety percent, I’ve just gotten very lucky. When I’ve gotten the opportunity, I certainly do the work, but the opportunities I’ve gotten are not fair,” he acknowledged. And when the city gets to be a bit much, he always has home to come back to — in doses.

“I like coming back for short periods of time,” he said. “Going back to a small hometown, it feels a little bit like you’re unplugging from wherever your life is, which can be refreshing, but for long periods of time, you feel a little like you’re on life support. But you can feel like you actually breathe there — literally too, because the air’s better there. My parents complain about traffic; they have no idea what traffic is. You can go to a restaurant and just get a table! At some point, I want to move back to a small town.”

But for now, he’s writing his own chapters in the city, one episode at a time.