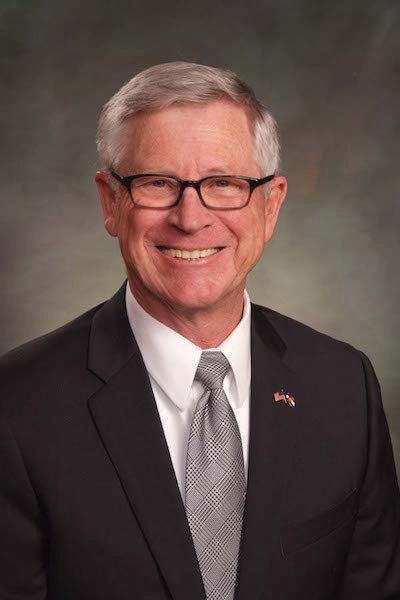 Rankin spoke to KDNK by phone from Denver on the first day of the state legislative session and observed that the morning’s business already showed differences between Democrats and Republicans, who are in the minority in both the House and the Senate. “The Family Leave Bill was one that was talked about this morning,” he said. “That would put a burden on business to mandate — not just allow — but mandate that business provide for family leave.”

He added that last year’s Red Flag Bill, which would provide barriers to gun ownership by those with mental health issues, will also be another heavily-discussed measure this session. Rankin says it’s a good concept but it’s difficult to write a bill around it.

“How can we prevent gun violence by people who are mentally ill but at the same time not violate people’s Second Amendment rights?” he said.

The Denver Post reports that the controversial bill cleared the House last May but never made it out of the Senate’s State, Veterans, and Military Affairs Committee. Democrats plan to re-introduce it this year.

Rankin told KDNK that his first order of business when he takes on the mantle of senator will be to get to know those he’s working with. He’ll continue to work on the state’s budget and he plans on holding Town Hall-style meetings in Jackson, Grand, Summit, and Routt counties that comprise the new area of his constituency.

“I’ll now represent some fairly popular and big resort areas, namely Breckenridge and Steamboat,” he said.  “The dynamics there for both the population and tourists are pretty different [than what he’s used to].”

But, he added, Grand and Jackson counties, which include Walden, Hot Sulphur Springs, Kremmling and Winter Park, are remote and rural. “It’s a mix,” he said. Rankin will continue to represent Garfield, Moffat, and Rio Blanco counties as senator.

He said he’ll continue to work on the cost of healthcare in rural Colorado, education, and fixing the impact of the Gallagher Amendment on rural special districts. “We have many small districts, including fire districts, library districts… that will lose revenue because that calculation is on a statewide basis rather then taking into account the differences between rural Colorado and the Front Range,” he explained.

He has been on the state tourism board for six years. “I think that’s very pertinent for representing these resort areas,” he said.

Rankin had entered his final term as state representative when he was appointed to the senate seat. Now, he’ll serve out the remaining two years of Baumgardner’s term and will be able to run for two more full terms. “It’s interesting how this is all going to spin out,” he said. “What kind of come-back can we Republicans stage in two years? Can we take back the Senate? Can we get some of the seats back in the House? All of that’s going to be the subject of a lot of discussion in the next couple of years and we’ll see how that goes.”

As for who will be appointed as the next Representative of the state’s 57th District, Rankin’s wife Joyce has expressed interest. She was appointed to the state Board of Education in August, 2015 to fill a mid-term vacancy and was elected the following year to complete a six-year term.

Bob Rankin will be sworn in on Jan. 21. A vacancy committee for his House district seat will be formed to replace him.