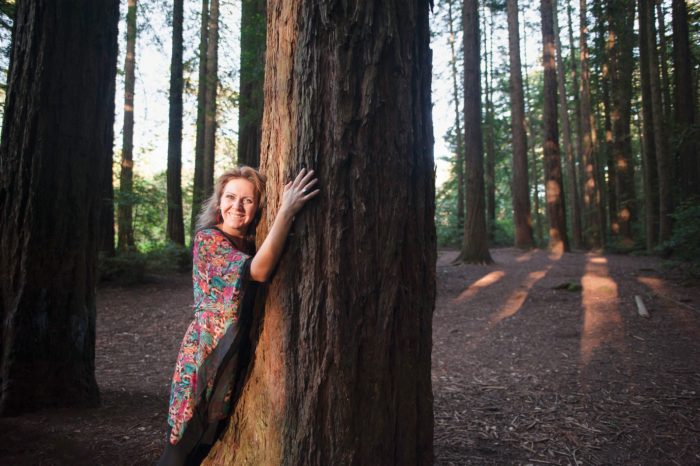 Lux Wellness Center co-founders Jade Wimberley, a naturopathic doctor, and Lauren Whittaker, a chiropractor, want their space to be a forum for conversation and education as much as a place for healing. In fact, they see as one informing the other — and, they contend, there is a conversation happening right now around the potential therapeutic uses of psychedelics, which is why they’re hosting a workshop series on the matter.

Wimberly saw firsthand the level of local interest in the subject last summer, when she was third in the wait list for Michael Pollan’s sold-out talk at the Aspen Institute.

“People want to learn more. Granted it’s Michael Pollan, a big name,” she said of the “How to Change Your Mind” author. But waiting in that line got her thinking, she continued. “We know someone in this field who is well trained, well studied — let’s bring her to Carbondale and have a workshop.”

That’s exactly what they’re doing. On Thursday, Jan. 31 and Saturday, Feb. 2, Dr. Natalie Metz will conduct a two-day series, starting with an informational presentation followed by an experiential workshop.

“We’ll be diving a little bit more deeply around the concepts of integration,” she said of Saturday’s workshop. “So there will be an experiential component; we’ll be using some tools for sound healing, some aromatherapy to help people to have an experience in a shift in consciousness. Then we’ll talk about that and process that a bit and work on practices to integrating experiences like that into life in a way that has meaning and benefit.”

What’s in a name

The obvious challenge in hosting an experiential workshop about psychedelics is that most of them, such as psilocybin, ayahuasca and methylenedioxymethamphetamine (MDMA), are Schedule 1 drugs, which the U.S. Drug Enforcement Agency classifies as “drugs with currently no accepted medical use and a high potential for abuse,” according to the agency’s website.

But there are efforts to combat that scheduling, Metz, a graduate of the Center of Psychedelic Therapies and Research and faculty member of the Integrative Health Studies department at the California Institute of Integral Studies in San Francisco, explained.

“Research is happening because of courageous and steadfast [professionals] who have dedicated their time to the process of jumping through countless hoops to satisfy the FDA to ensure a good clinical model that, as best they can evaluate, will at least initially demonstrate the safety and ultimately the benefits,” she said.

One of the groups spearheading those efforts is the Multidisciplinary Association for Psychedelic Studies (MAPS), she continued, noting her own volunteerism with the organization. In fact, its website states the association’s intentions to make MDMA an FDA-approved prescription by 2021. So far, MAPS has focused its research to post-traumatic stress disorder (PTSD) patients — that study is currently in its second phase.

“They’ve taken a condition where there really isn’t a lot of therapeutic efficacy out there,” Metz said. “MAPS is able to say, ‘We think MDMA could be really effective,’ and they’re definitely demonstrating that. They showed safety, and then they got the blessing to move forward to Phase 2, and they’ve shown incredible results. They’ve shown that long-standing PTSD patients — we’re talking 15 years — are having persisting benefit, meaning five, six years out from doing that therapeutic work, they’re still doing better. Nothing else has the longevity like that. The studies are being scaled up in terms of their applicability and the number of people they can reach as they move into Phase 3, and that’s really exciting because we’re looking at the potential rescheduling of MDMA from Schedule 1 and could go into a schedule where it would be able to be prescribed and be more available for the population at large in a therapeutic setting.”

When it comes to negotiating legal drug classifications and enforcement policies, words matter. MAPS, for instance, is aiming to take advantage of the FDA’s Expanded Access program, which grants access to an investigational medical product for patients with immediately life-threatening, serious disease or condition. Supporters of MAPS’s efforts such as Metz hope that PTSD will qualify as a serious condition. MAPS plans to submit an application with the FDA for Expanded Access early this year.

Taking mushrooms to the voting booths

“We initially got some inspiration and modeled part of our language after the 2007 Alcohol-Marijuana Equalization Initiative,” he said of Decriminalize Denver’s proposed ballot initiative to decriminalize “magic” mushrooms. “Denver was the first city in the country to decriminalize possession and use of cannabis, so there’s your precedent right there.”

Decriminalize Denver collected almost 9,500 petition signatures to put the measure on the May 7 ballot, should the Denver Elections Division successfully verify the signatures.

“The city has been — not that I expect anything less — really honoring the democratic process. I think we surprised them,” Matthews laughed, adding that the campaign will know the verification results by Feb. 1. “But strong emphasis on the word decriminalize, not legalize; I really want to reiterate that.”

The proposed initiative seeks to “deprioritize, to the greatest extent possible, impositions of criminal penalties” for possession and use of psilocybin mushrooms in people at least 21 years old and to “prohibit the city and county of Denver from spending resources on imposing criminal penalties.”

Of course, psilocybin mushrooms would remain illegal, as city and county law is subordinate to state and federal statute. But, Matthews argues, there is existing language that would allow Denver to act independently, within reason. For one, Denver is a home rule municipality — which Matthews thinks works in the campaign’s favor.

“Where we are inserting our ordinance into the Denver code, it’s in the human rights of Denver code, right after the ordinance that makes Denver a sanctuary city. Our decriminalization ordinance is Article 9 of that same section; Article 8 is the sanctuary city language. Denver is home rule — we couldn’t do it statewide right now,” he said. “It’s kid gloves here: decriminalizing, we believe, is the right and necessary first step to reintroduce the substance back in society. Our main focus here is, no one should go to jail for possessing a substance that not only occurs naturally but has proven medical benefits. We want to keep people out of jail, keep families together. At the same time, we can encourage more research.”

And, at a more local level, Wimberley, Whittaker and Metz hope to encourage more conversation and exploration through the psychedelic series.

“[Metz] has knowledge of this power of this set and setting, so it’s important that people get educated on what are these themes and strategies of these sacred strategies without doing the medicine that day,” Whittaker said. “You’re still linked into this world that we’re all connected to, so there’s transformational things that happen in workshops that have to do with inner searching and introspection through the set and setting that she creates and understanding the power of those themes. It’s cool.”