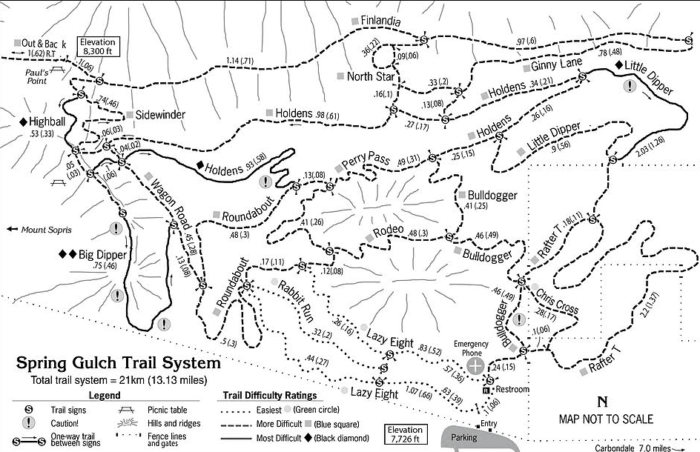 Praise Ullr — Spring Gulch is boasting “conditions… about as good as they can possibly be,” according to Michael Shook of the Mount Sopris Nordic Council.

That’s particularly exciting this time of year, when organizers are feverishly soliciting donations and generally raising the stoke for the annual Ski for Sisu. Not that it’s a particularly difficult task, as the skiathon fundraiser is in its 27th year, but it still requires putting in the effort.

“It’s just such a core community event,” Shook said. “I don’t think I’ve had anyone say no,” he added about the businesses he’s solicited for silent auction donations.

Shook has been on the Spring Gulch Nordic Council board of directors for more than five years and has served as board president for more than three.

“I’ve been nordic skiing for 25-plus years,” he reflected. “I just felt like it was time to give back.”

It’s a shared feeling. “Half this town goes up there — that’s where they get their work done,” Shook said. Even last year, when less-than-desirable snow conditions forced area to close early, about 100 people participated in Ski for Sisu.

“It’s a such a gem — total sleeper,” he smiled, adding that Spring Gulch is now attracting Front Range and Vail Valley skiers in addition to Roaring Fork locals. “The Nordic Center was designed by skiers for skiers. We’ve got terrain up there that’s demanding for everyone,” regardless of ability.

And Shook maintains that the added traffic is a good thing — which, he admitted, is rare for a ski area.

“The vibe is just [everyone is] so excited to be there,” he continued. Because of the “backcountry feel,” nobody begrudges anyone else being there.

Ski for Sisu is a culminating event that celebrates “community-powered skiing,” as Shook describes it. There are three track options — 3-kilometer that’s ideal for beginners of all ages and a 10- and 12.5-kilometer that offer more intermediate and advanced terrain — to ensure anyone who wants to participate can. Skiers are encouraged to collect per-kilometer pledge amounts from co-workers, family or friends to boost fundraising dollars, but if that’s not feasible or comfortable, people can self-sponsor.

“Wherever they can get a pledge from, we’ll take it,” he said. But the asking price is a mere $15 (total, not per kilometer) for self sponsorship.

“We’re a loose organization,” Shook laughed. While he’d love to see $15,000 or so raised from the day, the council is more “excited about getting the numbers up there.”

He’s not the only one. Colorado Cattlemen’s Agricultural Land Trust’s Amber Pougiales, external communications coordinator, and Molly Fales, director of conservation transactions, are similarly enthusiastic about the opportunity to raise awareness about what makes Spring Gulch and other easements so special during Ski for Sisu.

“There’s more of a connection with skiing and cattlement than you would really expect,” Fales chuckled. In the case of Spring Gulch, that connection comes down to property rights.

“It is really generous of the landowners to let the community use the area for skiing in the wintertime. It is private property and used for a completely different purpose in the summertime,” Pougiales added.

CCALT holds the conservation easement for the land. Despite close behind-the-scenes relationships with both the property owners and the Nordic Council board members, CCALT has rarely had a visible role in its Spring Gulch stewardship. This year, the association aims to change that with a Pint Night & Ski for Sisu Kickoff from 5-7 p.m. Saturday, Feb. 2 at Batch, 358 Main St.

“We wanted to raise a bit more awareness for what a conservation easement is,” Pougiales said.

Additionally, the association commissioned a metal sign that it will unveil in the main parking area at Spring Gulch on that Sunday during Ski for Sisu.

“This one, there’s a lot of family history,” Fales noted. “We just see a lot of involvement by the ranching community as a whole, whether it be on school boards or coaching the basketball team, and in the Roaring Fork Valley, being able to have a nordic ski area is a really easy way to do that.”

And while there is no entrance fee at Spring Gulch, that doesn’t mean maintaining the area is free. To recoup some of those costs, area managers rely on one-time contributions from recreationists and memberships from regular skiers.

“It’s kind of the good citizen thing to do,” Pougiales said. “They had three groomers hired… your membership covers helping that cost.” That requires season-long “sisu,” the Finnish term for grit.