The Temporary shutting its doors in May 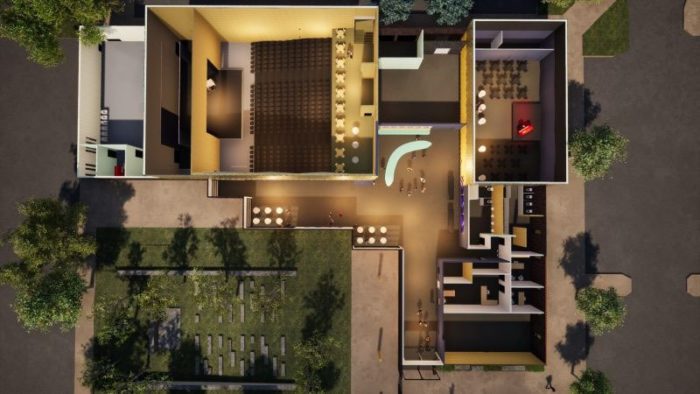 It was always meant as a temporary space — that’s why The Arts Campus at Willits named the venue The Temporary. Still, when the lease was signed in August of 2017, the initial vision extended beyond May of this year.

TACAW Executive Director Ryan Honey is taking it as an opportunity to ramp up the organization’s original plans to open The Permanent, another land parcel in Willits “down the street.”

“There’s no question it’s a bit of a shock, but it’s just the right thing at the right time,” Honey said. “We had a sweetheart deal for rent; it was far below market value… but in getting that, the renter had the ability to give us 90 days notice to vacate, and when we executed the lease, both our board and the landlord thought that would be the last space in Willits to go.”

Even Honey doesn’t know the details regarding the building’s new tenants, and Platform Ventures spokesman Tim Belinski isn’t offering any on-record details. TACAW received a letter of notice, and that was that.

“It’s not unexpected — it was in the lease, we knew it could happen,” Honey said. “And at the end of the day, we’re about Willits and Basalt being a whole community, which means all these spaces are full and the arts center is built. So if this is a catalyst for those things to happen, we can’t be bummed about it. We just have to welcome our new neighbor to town.”

The Town of Basalt has a 99-year lease on the land on which The Permanent will be built, and TACAW has extensive building plans available on its website (tacaw.org/the-permanent); however, the timeline and nature of those plans have just changed with the lease termination. Honey plans to increase fundraising efforts — the organization currently has $1M committed, which is a little less than half of what’s needed to break ground on building the new venue. Once that initial round of funding is secured, though, TACAW hopes to begin construction as soon as possible.

“There’s a lot of variables when it comes to construction, and I think the realistic and optimistic timeline — but I think it’s totally achievable — is we break ground in the fall and then open a year later,” he said. “We’re still in the early stages of assessing how quickly we can raise the money, but I think the most important thing is not having a gap in the service we provide and find ways to have those kids come Saturday afternoons somewhere and see that theater or have families come and hear the music.”

To that end, Honey is working on transitioning programming to a pop-up model.

No matter the specific location, though, Honey assured that TACAW will continue to serve the Midvalley area.

Of course, TACAW is not the only creative nonprofit looking for a long-term facility in the area. The Art Base, 99 Midland Spur, also faces a looming lease termination.

“As the Town of Basalt has only approved a 3-year lease in our current space, we greatly appreciate your encouragement of securing a long-term home for our operations,” the Art Base website reads in its expansion update. “We will continue to explore all of our options and maintain a concerted effort to realize a facility for the Art Base that best serves our mission and meets the needs of the community. Currently our top priorities remain focused on fostering creativity, creating equal access to visual art, supporting Colorado artists, community vitality and fundraising for our bright future.” (Art Base Executive Director Genna Moe was not immediately available for comment.