Brunch to benefit reuniting detained immigrant with her Carbondale family 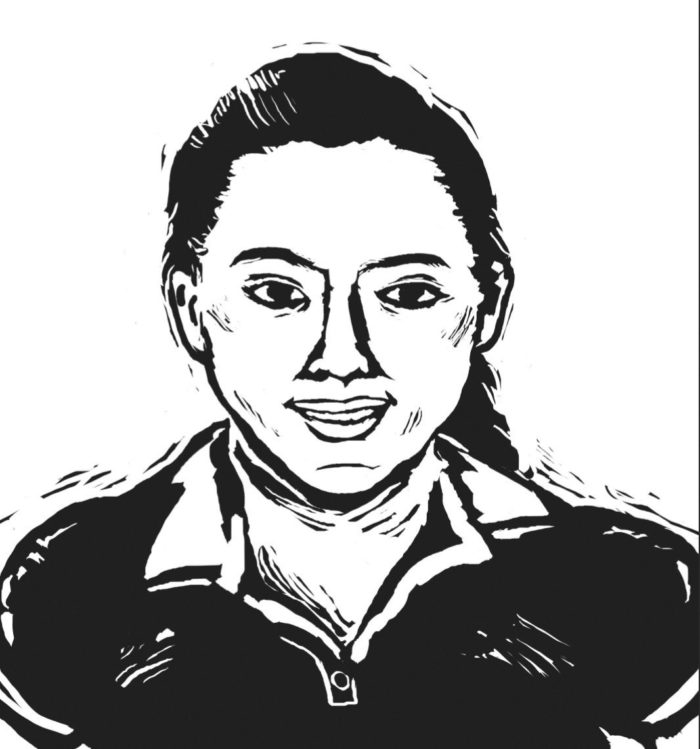 When Natalyn Cumings came across a GoFundMe campaign for Alejandra, she felt empowered to do something beyond click “donate.”

The fundraiser wasn’t seeking money for the 22-year-old asylum seeker’s personal use — it was seeking to pay her $20,000 bond so she could reunite with a family member in Carbondale. She’s currently detained at Eloy Detention Center, an Arizona facility with some of the highest suicide and death rates in the country.

“I was late-night scrolling and I saw the GoFundMe page, and there was the link to Carbondale,” Cumings said. Knowing “how amazing our community is,” she decided that hosting a local benefit of some kind would probably be feasible. “The next day I woke up, and I called Stacey [Baldock] that owns The Pig, and I was like, ‘Hey, what do you think about doing some kind of brunch?’ And she didn’t even hesitate.”

Since then, Cumings has garnered more than $3,200 worth of committed donated items from local businesses, enough to allow for a silent auction. “This has been one of the easiest events to plan because everyone has just really rallied,” she said. “It’s been really easy and an easy decision to want to do this for this woman. Obviously, the LGBTQ issues are near and dear to our hearts.”

Alejandra fled her home in Central America because of persecution for her sexual orientation. Upon arriving in the United States, she was detained by U.S. Immigration and Customs Enforcement (ICE) in late July last year.

The Eloy Immigration Court is in the same building as the detention center, which is a for-profit facility run by CoreCivic (rebranded from Corrections Corporation of America). That means in order to support someone through an asylum case, one would have to go through the detention center’s security screenings, which can be prohibitive. That’s led advocacy groups to visit detainees when family cannot.

Mariposas sin Fronteras is one such group, and it specifically dedicates its efforts to supporting LGBTQ people in immigration detention. Katie Miles and Carolyn Ferrucci, who organized the GoFundMe campaign that inspired Cumings, met Alejandra through their work with Mariposas.

“We volunteered with their program that visits people,” Miles said, adding that the organization spearheads other efforts, as well. “They also do letter writing, they do bond support, they do advocacy work. They have also helped people when they get out of detention with housing, getting on their feet… anything that could be needed, really.”

When Miles learned of Alejandra’s five-figure bond, she was disappointed and angry, but not surprised.

“I met a few women who had been given bonds of $74,000,” she recalled. “These are people mostly who have never been in the U.S., have no criminal record, have asylum cases, show up for court, there’s not really any reason to believe these people would be a risk. The court gives some of the highest bonds in the country. The way we see it, they’re essentially holding poor people who are fleeing life-threatening violence hostage until they either give them the money or give up and go home.”

Going home can mean a death sentence, she continued, citing a recent case of a deported trans woman who was killed in El Salvador after the United States denied her asylum claim.

In the system, Alejandra’s options for posting bond are limited. She works, but her wages go toward buying food at the commissary and making phone calls. Miles alleged that CoreCivic pays Alejandra $1.75 per shift.

Another undesirable but popular option for detained immigrants is to acquire Libre by Nexus’s services. The company “helps secure immigration bonds through indemnifying bonds and by using GPS technology,” according to its website, librebynexus.com.

The “GPS technology” refers to tracking bracelets and ankle monitors that clients must wear. “Libre by Nexus also charges a service fee and a GPS installation and tracking fee. Normally the total amount paid is roughly 20 percent of the bond,” the website explains, which includes the fee paid to the contracted bond company. While no collateral is required, in Alejandra’s case, by Libre Nexus’s estimations, she would end up paying about $4,000.

But Miles called the company “exploitative” — and the attorneys general of Virginia, New York and Washington have all launched investigations into its practices.

That’s why Miles and Ferrucci set up the GoFundMe page (gofundme.com/free-alejandra).

“Her family member is very accepting of her, and Alejandra is really excited to reunite with her,” Miles said. “Initially, we reached out to people in Colorado… and it was just so amazing how many not just organizations but individuals that stepped up.”

So when Cumings reached out to the two about hosting a brunch benefit at The Pig, it seemed like further serendipity.

“I think Alejandra has been so, so surprised, grateful and excited about it. We started talking with her about this, and we didn’t have any idea what it was going to be like to find support in Colorado,” she said. “It’s been really amazing.”

The brunch, which will start at 10 a.m. Sunday, Feb. 24 at The Pig, 1054 Highway 133, is just the most recent in a flurry of immigration advocacy in Carbondale. In December, Sanctuary Unidos hosted a Love Knows No Borders event in recognition of International Migrants Day. Two Rivers Unitarian Reverend Shawna Foster has been an outspoken supporter of immigrants’ rights, visiting Tijuana and San Diego, as well as helping arrange sanctuary for Sandra Lopez for 10 months.

“It’s not a political thing at this point anymore; it’s a humankind issue,” Cumings said. “I don’t want to talk about politics much that day; I just want it to be about helping this woman gain her freedom. I can walk down the street and hold my wife’s hand, and I just want to give back however we can.”

Brunch for Cause: Fundraising for Alejandra