New plans for RVR get back to local roots 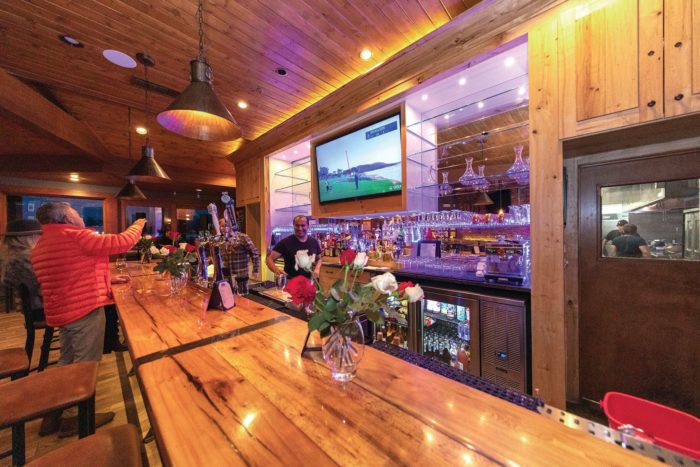 The Homestead Bar and Grill opened its doors to a sold-out crowd Valentine’s Day.

The restaurant, which is transitioning to the first-ever year-round establishment in the former Pan and Fork space, is just part of Dan and Wynee Coleman’s larger vision for the River Valley Ranch community.

“They did great! I sent a bunch of friends, and they said the food was amazing,” Wynee said of the opening, noting that the Colemans were unable to attend due to a family emergency. “I think everything went really well.”

Julie Warren and Red Cunningham are the couple, both in business and marital status, behind the new restaurant opening.

“They leased that portion from us, and this is really them and we’re 100 percent behind them,” Wynee said. “Dan and I are so supportive. It’s important to our long-term vision that they’re successful.”

The Colemans, along with Wynee’s brother and a friend of Dan’s, comprise Crystal Outdoors LLC, which bought RVR Golf in November last year for $3.5 million. While the group’s bigger picture includes potentially developing a hotel on the property, the more immediate focus is on re-establishing the RVR community with the rest of Carbondale — and that starts with the restaurant, Wynee explained.

“They’ll have special events there; they’ll be advertising things for the kids, smores in the parking lot — come sledding and have hot chocolate — things that kind of get it back on people’s radar. I know they have some special events planned around sports and they’re adding televisions. They’ve added a lot of small plates to the menu. I know my friends and I will be using it as our girls night. Keep getting the word out to people, that’s going to be super important,” she said, acknowledging the space has been difficult for past proprietors.

But Wynee attributes some of those difficulties around the fact that previous restaurant iterations only maintained seasonal hours, closing the restaurant for months in order to focus on presumably more lucrative catering capacities.

“That patio’s incredible; the view’s incredible. It actually has roll-down shades that unless it’s super cold outside, you can sit outside because there’s heaters, but it’s never been open for people to think about it,” she continued.

As for future plans, the Colemans are still in the process of having a conversation with the larger community. And that’s their focus, she emphasized: community.

“The hope is that we want to have community conversations about what’s the most important thing to RVR homeowners. Would the community come to RVR for cross-country skiing, do they want a dog park, do they want a plot for a community garden? Keeping a championship 18-hole golf course, keeping all those things, but being able to tweak it so it’s financially viable,” she said.

One thing that’s not viable? Maintaining the status quo regarding the golf course.

“This entire time, whether it was when Hines had it or when the Crowns had it, it was just envisioned as a golf course, and it’s not sustainable as a golf course: it loses money every year as a golf course,” she said. “The people that don’t live there because of golf don’t want to subsidize the golf course like they do at Iron Bridge. If they can’t do it, we don’t have necessarily more brain power than they do, so things have to change in some fashion if everybody wants to keep what they love about it.”

The data are there to support her sentiment. The RVR Homeowner’s Association commissioned Billy Casper Golf to do a feasibility and market value report for the course.

“It basically says the same thing: it just can’t stay the way it is and keep going,” Wynee said of the report.

The Colemans can walk the local talk. They have a decades-long history in the Valley, and in RVR, specifically.

“Dan and I bought our first lot there in RVR I think the year after my kids were born. We built houses down there; we’ve seen it go through its growing pains,” Wynee said. “At points, some of the streets there were still dirt! Our main thing is that it’s finally owned by locals who have a vested interest in it being an asset for the community.”