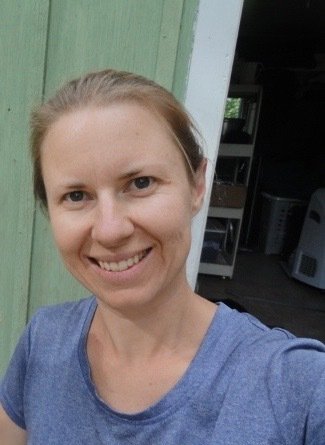 I recently heard a speech on food freedom.

The message resonated with me so strongly that I was actually moved to tears. The ideas were not new to me but the strength of my reaction caused me to question just what it was that struck a chord. I have concluded that what resonated so strongly with me was the speaker’s championing of liberty. Freedom can be an emotionally charged topic.

Webster defines liberty as “the power to do as one pleases; freedom from arbitrary or despotic control; the power of choice; a right or immunity enjoyed by prescription or by grant.” Liberty is at the core of this nation’s identity. Our Declaration asserts that we humans were endowed (granted) by our Creator with certain unalienable Rights, among them Life, Liberty, and the Pursuit of Happiness. So is food freedom among our unalienable rights? According to the speaker, yes.

So what is food freedom? Let me give some examples of what it isn’t. Retail sale of raw milk is illegal in 40 states. I cannot sell my neighbor a jar of my homemade pickles. It’s against code in Pitkin County to plant a fruit tree in your yard after building a new home. It’s a federal crime to label a food product name with the wrong font. A little girl in California who wanted to set up a front yard lemonade stand was told she needed restaurant-grade equipment, a code-compliant stand, and a business permit (totaling $3500) in order to sell lemonade.

In the U.S., states determine regulations pertaining to small-scale food producers, referred to as cottage laws, and those regulations vary widely.

In Colorado, for example, a farmer can process up to 1,000 chickens for direct market without inspection. In Louisiana, the limit is 20,000 birds.

Now, in my understanding the purpose of food law is to protect the consumer from food-borne illness or the producer from financial liability.  So this begs the question, why is there such variation in cottage laws? If the regs were supported by scientific data, then shouldn’t the science point to specific practices or numbers as either safe or non-safe? And yet they don’t, which sounds suspiciously like arbitrary regulations.  Hmmm… “freedom from arbitrary… control.” I’m guessing that lobbying has more to do with cottage laws than science.

Now, I’m not vouching for federal standardization over state autonomy on food regulations — far from it. But I do question the decision-making process in food regs when an ingredient can be found on a label that “is known to the State of California to cause cancer” and, apparently, is not known to be such in other states. I’m merely pointing out the inconsistencies in policies which are supposedly based in sound scientific data and intended to protect the masses from being harmed.

I’m also not vouching for total deregulation either. Some safety measures and oversight are appropriate. Many lives have been saved through appropriate policies.

However, the current system favors large-scale producers and is prohibitive to small-scale producers by placing undue burdens on them. There are layers upon layers of regulations and unreasonable equipment specifications that producers must wade through which amount to barriers to entry for the small business.  Regulations are not currently scalable, but they should be.

We should be seeking ways to make it easier for small-scale, local food growers to get into business and stay in business. Studies indicate that the average municipality has only three days worth of food for its populace within its borders. So what happens if interstate access shuts down for more than three days?

It sure would be comforting to know that there were dozens of local food producers within 20 or so miles of me.  One of the best ways to ensure a reliable food supply is to promote local agriculture — the kind where you can legally go buy a package of chicken breasts or jar of salsa from someone whom you know and trust without the USDA being involved.

Much of the regulation is driven by fear: of illness, of litigation, of the unknown. One school superintendent in 2010 prohibited food gardens from being planted on school grounds, citing the possibility that they might attract “pests.”  I recently spoke with a market gardener from Ft. Collins who is not allowed to sell salad greens from a farm stand on his property because his acreage “isn’t big enough.”

What exactly are we afraid of here? Ignorance breeds fear, fear breeds ridiculous rules. We have lost touch with what real food is and so we fear it. We fear meat, raw milk, homegrown salads, caterpillar-nibbled veggies. And so we deem potato chips, soda and Twinkies as safe and real food as dangerous. Yes, these real, raw foods can carry pathogens, but that’s why you should be able to choose your source. Who do you trust more to have your best interest at heart: Tyson meat factory workers or your neighbor? Know your farmer. Trust erases fear.

How many hospitalizations and deaths have there been in recent years from Salmonella and E. coli in commercial beef, peanut butter, lettuce, and cantaloupes? Should we outlaw burgers and salad? We’re talking about contamination issues caused by unsafe handling of benign foods, not inherently pathogenic foods.

I’m a Registered Dietitian and have had my fair share of food safety training. I realize that there is always a chance of contamination and certain precautions should be taken, but specific foods should not be vilified simply because they have the potential to cause illness if improperly handled.

We claim to care a lot about freedom and rights these days: reproductive rights, marriage rights, gender-related rights, civil rights. Surely I should have the right to choose where and how and when I produce, buy, or sell what I eat!  Let us have the integrity to be consistent in our espousal of liberty.

Local agriculture enriches a community by fostering sustainable economic growth, health and wellbeing, and a sense of unity. In what ways do our federal, state and local food policy support or deter food freedom? Can you raise chickens in town? How difficult is it to obtain a permit to put up a greenhouse? Can new farmers access land to start a market garden? Maybe you have a large backyard they could use. It’s probably against HOA rules.

But rules can be changed, and that’s the point. A 2013 paper published by the Harvard Food Law and Policy Clinic concluded that: “With the increased focus on supporting and growing local economies and providing access to local products, cottage food laws need to be broad enough to allow producers to make their operations viable businesses. Removing or increasing the sales limits for cottage food operations would help establish cottage food operations as important contributors to the local economy.”

De-regulation can enable small food producers to thrive. And they don’t need government funding to thrive, either.  A truly sustainable food system generates its own value rather than relying on public programs, an unsustainable approach in the long-term. We should be looking for ways to free up commerce between producers and consumers instead of seeking ways to subsidize struggling producers who are struggling because of government strangulation in the first place.

For sure, some food safety guidelines and inter-state, inter-country regulations are necessary, but where is the line between reasonable and ridiculous? I don’t claim to have all the answers. But I do believe that I am endowed with the rights to life, liberty and the pursuit of happiness, and this includes the right to feed my body the food of my choice, procured by the method of my choice, from the producer of my choice, in the form of my choice.

Food freedom. Liberty. Think about it. It might just make you cry.