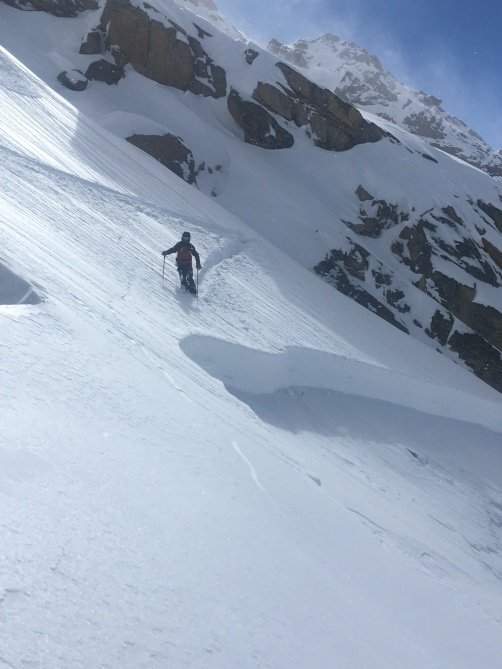 The Colorado Rockies have enjoyed an above average snowpack this season, which means locals and visitors alike have been recreating abundantly in the mountains. But the heavy snowfall has increased the risk of avalanche danger statewide, as well as caused transportation woes such as rockslides and avalanches across highways.

As February turns into March with plenty of snow in the forecast, the Colorado Avalanche Information Center would like to remind backcountry snowsports athletes to remain vigilant about the ever-present risk of avalanches. To date, six people have died in avalanches in Colorado this winter season. The average is 5.5.

The Aspen zone has seen everything from low risk (1) to extreme risk (5) at various times throughout the season. With the most recent storm cycle, the avalanche danger in the Aspen zone is currently rated moderate (3) by the CAIC. The risk status is updated daily on the website of the CAIC, available at https://avalanche.state.co.us/, along with a slew of information designed to arm anyone from novices to experienced professionals.

Lazar noted that while the CAIC is a great resource, the organization relies heavily on information provided by backcountry visitors. “We cover the whole state of Colorado with a staff of 20,” he said, and a lot of attention goes to monitoring potential avalanches near highways. “It’s just a ton of ground to cover. We can’t be everywhere all the time. We rely on crowdsourcing to a high degree,” he said.

Lazar encourages backcountry travelers to visit the CAIC website and submit photos and information by clicking the “Submit an Observation” box. Observations can be provided publicly or privately to CAIC scientists. “We really want to encourage people to share. We know it’s a heavy ski town and people don’t want to give away their stashes. They always have the ability to lock their observation. We won’t give away their stash. We just want the info… We serve as an information hub,” he said.

Lazar outlined the most common mistakes perpetrated by experienced backcountry skiers that can get them into trouble. The first is terrain familiarity. Skiers returning to the same spot year after year or within the same season without incident can come to regard that area as perpetually safe. But that’s a dangerous assumption. “Sometimes you’ll see experienced folks get caught off guard because they don’t recognize this one day when their tried and true approach to a piece of terrain isn’t the right approach.” That one day might see different conditions, and that could be enough to trigger an avalanche in an unexpected place.

The second pitfall is being lulled into a sense of security by witnessing skier traffic. Just because others are out there skiing the same terrain you plan to, does not mean it is avalanche proof, said Lazar. “There’s no exception. Mother Nature doesn’t care what you call it or what you think of it,” he said.

Lastly, Lazar said backcountry experts can be lured into a better-looking piece of terrain or a fresher line and not pick up on a slight difference of sloping. A few degrees does not always matter, but it can mean the triggering of an avalanche when involving a persistent weak layer. “We’re all susceptible to the drift,” he said.

The CAIC would like to remind backcountry travelers of the four rules that can prevent tragedy. First, get the forecast before you go out. Even “a nugget of information” can inform your perspective.

Second, travel with the essential gear (shovel, beacon, probe) and a partner who knows how to use that gear. While Lazar does not pass judgement on those who prefer to venture out alone, he emphasized that his office has received several incident reports of situations where a partner was able to stave off disaster, an outcome that could not have happened solo.

Third, undergo the appropriate training and education before going out. And lastly, share an observation. Even reports of no signs of avalanche in an area are helpful to the CAIC.

The Avalanche Information Center is not the only office being kept busy by Ullr’s bounty. The Colorado Department of Transportation has been performing avalanche mitigation work throughout the state. Locally, a rockslide closed McClure Pass and another took a chunk out of Highway 82 outside Carbondale. I-70 has been closed intermittently due to both natural and purposefully triggered avalanches, including one operation on March 5 on Mount Bethel that saw up to fifteen feet of snow on the interstate.