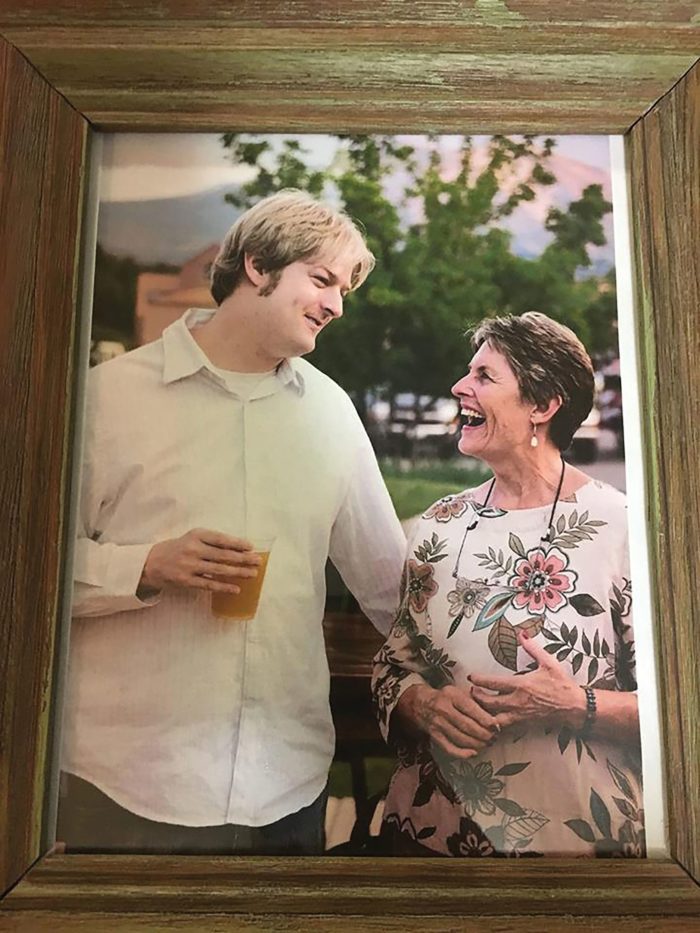 It’s difficult to pin Susie Strode down, even posthumously. But that would likely make the music and travel lover smile.

Whether DJing as Madame Gumbo on KDNK or hosting one of the myriad performances she curated in the lower Roaring Fork Valley via Music Gumbo Productions or traveling in her camper, Strode always took everything in stride, seemingly everyone concurs.

And for Luke Nestler, that trait left a particularly lasting impression. Now the music director at KDNK, it’s easy to forget that he was once a newbie — but Nestler certainly remembers.

“I got a compliment that I did a great show from her, and it meant everything,” he recalled fondly. “She had a preternatural calm, and I think that probably served her very well as a music promoter. It just seemed like nothing ever ruffled her.”

That was in the early 1990s, when Strode filled the late-night airwaves with her eclectic preferences that often introduced Colorado listeners to grooves from Texas and New Orleans.

“She broadened the KDNK sound a lot … everything from Texas blues to honky-tonk country to singer songwriters, she knew very well,” Nestler said. “She was probably one of the more knowledgeable DJs for a long, long time.”

Strode made sure her musical introductions were two-way: in addition to exposing local listeners to tunes they may not have otherwise heard, she worked doggedly to bring musicians to venues they may have otherwise not played.

Marcia Ball, a Louisiana-born blues singer and pianist whose sound the Boston Globe described as “Louisiana Swamp rock and smoldering Texas blues from a contemporary storyteller,” was one of many such musicians. Upon hearing of Strode’s passing, she felt compelled to write on mutual friend Missy Bowen’s Facebook page: “I am so sorry to hear about Susie. She opened the door to Western Colorado to us and we made so many wonderful friends and had so many great times up there between Glenwood and Carbondale, all because of Susie and you and the radio station.”

A few other shows still punctuate locals’ memories. When longtime friend and current KDNK DJ Lynn Burton thought about her bringing Delbert McClinton to the Warehouse, he burst out laughing. This was long before McClinton won a Grammy, after all.

“She told me that Delbert kissed her,” he said. “That was a great show. Delbert was starting to catch the upswing … within just a few years of that, Delbert was one of the bands that played at [George W.] Bush’s inaugural parties. Man, that might have been one of her earlier shows, too.”

Nestler was also in the audience that night.

“It was kind of a big deal to have an artist as big as Delbert playing little ol’ Carbondale, and at the Warehouse of all places,” he said. “It was jam packed; it was rockin’. It was every bit as good as anything going on in Aspen at the time.”

And, like Nestler, Burton remembers his friend as cool as a cucumber.

“She was just so even-keeled; never seen her get flustered or mad or anything. She was always upbeat in her own way,” he said.

That’s all the more impressive, considering Strode was pioneering an already hectic profession in the area. Behind the scenes, her son Tracy Strode saw both the highs and lows of her business.

“It was pretty risky at the time,” he said. “I remember she’d have a show that was real successful, then she’d have one that she lost thousands of dollars. I’d be her little secretary as a kid.”

Far from scaring him off, though, his experience with his mom has fueled his hobby as an adult in Denver.

“I have a 9-5 with a construction subcontractor, but I actually do a lot of music promotion myself,” he said. “[I’m] following in her footsteps a little bit — but I don’t make money off it.”

Of course, this story has so far only documented Susie Strode’s local chapters. From 2001 to 2004, she lived in Hawaii before traveling throughout Southeast Asia and New Zealand until about 2008.

“After she did all that traveling, she moved back to Grand Junction and would use that as a homebase but was still traveling in the US quite often,” Tracy said, adding that campfires comprise much of his childhood memories. “The most stories I’ve heard so far are people saying how she told them how she lived her life and that inspired them … so I think that was really cool.”

Wick Moses, one of KDNK’s first station managers, was one such person who admired Strode’s travel.

“I was sorry to see her go, but on the other hand, I thought, ‘Good for you to be able to do this!’” he said. “She would come back periodically … we’d talk for a little bit, and she just sounded like she was really happy with her decision.”

In the end, though, the Colorado was home.

“If she was ever stuck in one place for too long, she’d get antsy,” Tracy said. “I think Carbondale was the only place she was comfortable being stuck in for a long period of time.”