The start of a new season, even if it doesn’t look like it 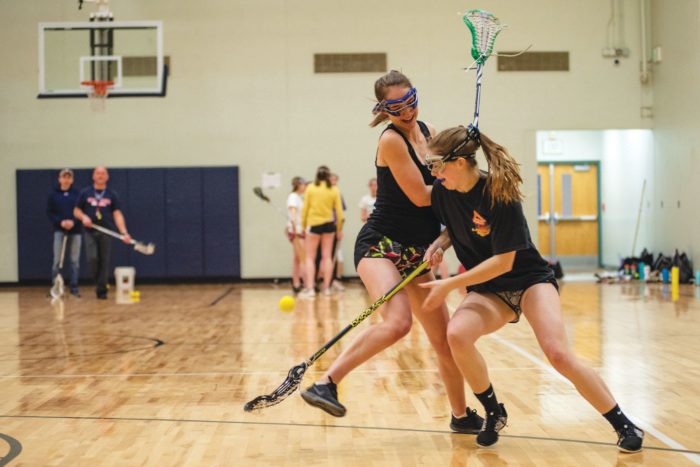 Spring sports are like the time they fill — unpredictable but full of promise.

With basketball officially over following playoff losses March 1 and 2, the Roaring Fork High School auxiliary gym now hosts a wide array of outdoor sports practicing inside because of snow. Games are scheduled to begin this week, although Mother Nature may have other plans.

The new kid in town

After years of program building, the Rams’ girls lacrosse team officially makes varsity status this season — although it still has a ways to go for total school funding. It actually draws students from Basalt and Glenwood Springs as well, just as the Glenwood boys’ team includes kids from Roaring Fork.

As is often the case, it starts with a solid feeder program. The 501c3 nonprofit Roaring Fork Lacrosse Club is now in its 10th year and, according principal Joe Lang, has grown from around 15 kids to 250.

“It’s been really wonderful just to see kids having a background in the sport starting at a fourth grade level having a place to play in high school,” he said. “It’s all about family and community, which is really fun. They get to know each other for multiple years at a youth level. It was a way to give an identity to the communities of our district collectively. It’s a Valley-wide pride.”

He expects the Glenwood boys to have a competitive season and has no doubt the girls can compete at a higher level.

“They hit the ground running,” he said. “They really have turned some heads, and now to have our first year of varsity status is very exciting.”

While she admits that the prospect of taking on varsity opponents is a little scary, Roaring Fork High School senior Hannah Feder is excited, as well.

“We’ve been really trying to build the program up and this really shows that lacrosse can be a sport here at Roaring Fork,” she said.

While teams like Aspen prove a serious challenge, the girls have already proven themselves competitive with a victory over Telluride’s varsity team last year. And although she plays against some of her fellow players in other seasons, Feder sees the broader team as an asset rather than an issue.

“Making new friends is a big part of sports for me,” she said. “It’s cool to connect with other people from other schools.”

And the sport itself really appeals. It’s not quite as rough as hockey, which she started out in, but is still more physical than volleyball, which she calls “a game of the mind.”

“I think it’s growing a lot all over the country. I like how fast moving it is and you’re always watching,” she said. “Everyone is super supportive of each other. We’ve been really good, and I’m excited to face harder teams.”

They’ll have the benefit of coaching consistency thanks to Jason Rusby, who is staying on for at least another season after his daughter graduated. It’s his second season with the girls after four years with the boys. His own experience as a player ran from seventh grade through college back in upstate New York — “The Birthplace of Lacrosse” — and his dad even played for Rutgers.

“If you dig into the history of the game, it’s pretty unique,” he said. “The Iroquois Nation still fields a world team.”

The version he’s coaching now is a bit different from what he grew up playing.

“When they started girls lacrosse, they decided it was going to be a more tame sport. You don’t have the kids beating on each other in practice and games. There’s a lot less injuries,” he explained. “I don’t know if it’s going to turn eventually to the boys rules, but there are some indications of changes.”

He doesn’t really mind, as the reduction in protective gear makes it easier to pick out all 11 of his players on the field. He described the sport as basically hockey played on a soccer field — and is sure the uninitiated to could pick it up and enjoy spectating in no time.

“It’s one of the fastest growing sports,” he noted. “Just in my few years coaching, there have been new teams that are popping up.”

Even so, there are growing pains. With a dearth of girls teams in particular, Roaring Fork has to compete against schools of all sizes in the 5A Mountain Conference.

“We’re definitely at a slight disadvantage to some of the larger schools,” he said.

But right now, he’s more concerned about the lack of clear turf to play and practice on than how tough Grand Junction might be this coming Saturday.

“This is what we’ve been working towards,” he said.

Even before lacrosse joined the mix, there was a lot going on in the spring — most of it in the same space. The track circles the soccer pitch, although no one’s practicing there yet.

The soccer girls are scheduled to host Coal Ridge March 8, but that seems like a long shot. The Rams’ overall chances, however, seem solid according to Coach Nick Forbes.

“We’re looking pretty good. We only lost once senior from last year and that team was on the cusp of playoffs,” he said. “This group has been playing together for the last two or three years pretty solidly. We’re hoping to combine that senior experience with some really talented younger players.”

The baseball diamond next door is similarly snowy, so the boys are also in the gym, listening

“Smells Like Teen Spirit” playing to offset the challenges of playing inside.

“Last year we were outside day one. This year winter just won’t let go,” Coach Marty Madsen observed. “With numbers and space and a hard baseball and a hard bat, it gets a little hairy in here, but we’re doing the best with what we’ve got. It’s the way it is in Colorado, especially up here in the high country. There’s games when it’s 32 degrees and we’re out there playing a double-header.”

“We’ve got a good mix of young kids and veterans, and they are here to get better. They really have the baseball attitude.” he said. “Last year we went 10 and 9 — our first winning season in about four years of kind of rebuilding. They added four more games to the season and we loaded up with some quality competition.”

Another perk to the extended season is a proliferation of tournaments. After traveling to the Front Range this weekend, the boys will host their first-ever Trent Goscha Memorial Baseball Tournament March 15 and 16.

“If the weather is actually nice, it should be a lot of fun,” Madsen said. “None of these guys have ever been to a high school tournament. It might be kind of a deal once they get to Friday and have two whole days of playing baseball.”

And if the weather holds out, he’s hoping to see the stands full.