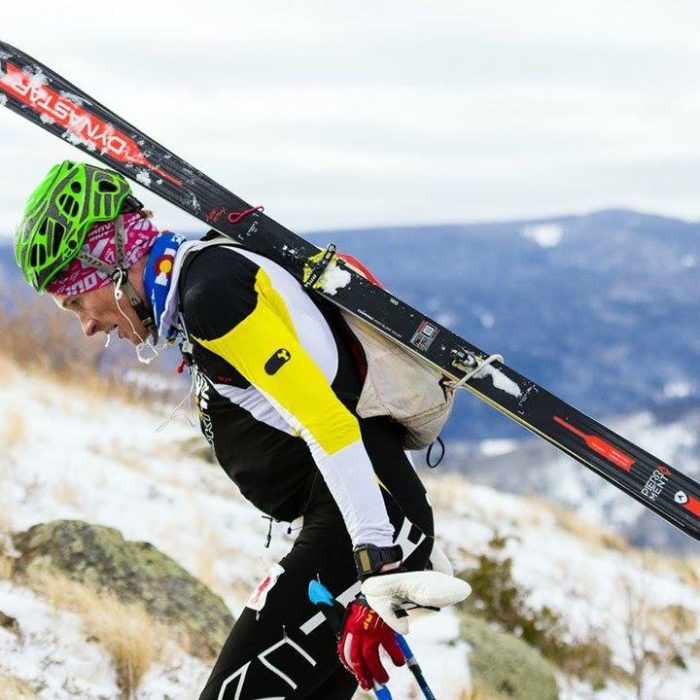 Carbondale’s Sean Van Horn will attempt to break the North American record for most feet uphilled on skis in a 24-hour period. The record stands at 61,200 feet, which equates to between 39 and 40 laps at Buttermilk. The event, “24 Hours Of Vert For Aspen Strong,” will begin at 11 a.m. Sunday at the base of TieHack and will raise funds for a local organization promoting mental health awareness and resource sharing from Parachute to Aspen.

Van Horn struggled with depression, addictive behavior and an eating disorder in his younger years. After hopping on his bicycle in his teens he discovered the world of endurance sports, which helped him combat his mental health issues. But after suffering a back injury that derailed a professional cycling career, he was left to confront the reality that athletics alone are not fully adequate.

“While endurance sports can be a saving grace, it’s not enough when you’re talking about mental health issues. You have to deal with the underlying issues,” he said.

Now, at age 32, Van Horn wants to spread the message that it’s OK to seek help to deal with mental maladies, especially in this valley which suffers from a disturbingly high suicide rate.

“It’s important that as a society we do our best to support people struggling with these issues,” he said. “Talking about these things openly and honestly helps people realize that a lot of people struggle with this. It’s OK. There’s nothing wrong with them. They just need a little help to overcome those issues.”

“We’re looking at hitting people from the bottom up, or from the top down. The bottom up are people that are totally lost and don’t really know that mental health is even a thing, or they have such shame and stigma around it that it’s this old school way of thinking that there’s something wrong with you. The top down is the resources. There are so many amazing resources that are out there trying to solve the crisis… Aspen Strong steps in to help promote,” he said.

Aspen Strong, founded in 2014 specifically to address the high suicide rate, derives its name not from the geographical city, but from the concept of an aspen forest. Though the trees appear to be individual organisms, in fact they share the same root structure and genetic composition.

“The Aspen Strong Foundation aims at creating a community that cultivates interdependence and strength, replicating its very own, the Aspen tree,” states the organization’s website.

Van Horn fits well into that metaphor and has largely been responsible for organizing the logistics of the event, attracting brand support, and helping to raise funds.

“Sean has run with almost all of this, and that’s fantastic. To have someone show up in this capacity is such a gift,” said O’Bryne. “I saw a Facebook post saying here’s a Go Fund Me account, and I clicked the link there’s a few thousand dollars sitting there, and I said ‘wow, this must be a thing.’”

In preparation for Sunday’s uphilling extravaganza, Van Horn completed the Power of Four and performed back to back days of 40,000 feet. He will have friends and family at the bottom to administer food and water (as well as his wife, a professional dietician) and speed up his transitions.

“It’s a lot of monotonous laps,” joked Van Horn. “If people want to come out and cheer or watch me suffer a bit, I’d love to see people out.” He especially wanted to thank Cripple Creek Backcountry in Carbondale for supporting his goal. “I’m hopeful and optimistic,” he said. “But a lot of this event is definitely for the fundraising effort and to push myself in s a sport that I love.”

Donations can be made at gofundme.com/24-hours-of-vert-for-aspen-strong.