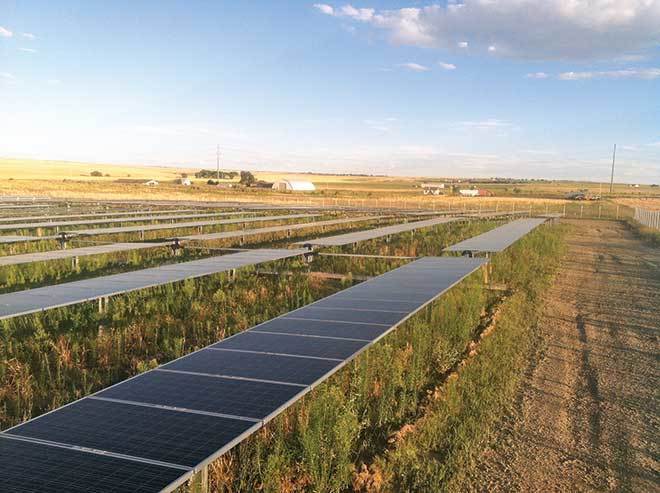 What seemed like an unreachable green goal a decade ago was treated as a simple stop-gap on the road to greater sustainability at the March 12 Board of Trustees meeting.

According to Town Manager Jay Harrington, an entirely different set of trustees opted out of Holy Cross’s out-of-state wind program around eight years ago in hopes of saving up for more local, renewable energy. Since then, Carbondale has bought into several such partnerships and is expected to reach full renewable offset for all but its smallest facilities in the Xcel part of town by the end of the year. With a similar situation within spitting distance for Holy Cross, Public Works Director Kevin Schorzman proposed buying back in to the company’s now mostly in-state wind program.

“It fits into that concept of what we can do to help the industry move along,” he said.

The main electric user in the Holy Cross service area north of the Rio Grande is the wastewater treatment plant, which has been the subject of several efficiency upgrades of late with continued incremental improvements.

Trustee Heather Henry emphasized the need for that sort of reduction as well as offset, but Erica Sparhawk didn’t see any inverse incentive in doing both. And since the program is month-to-month, the Town could opt out if something better came along.

“We haven’t had presented to us another good opportunity for another Solar Collective type approach in Holy Cross territory,” Harrington said. “If we do this and consider it an offset, other than a very little bit of Xcel energy, we’ll be pretty much renewable throughout the Town’s electric portfolio.”

For Mayor Dan Richardson, renewable electricity was just half the battle.

“To me, the grid’s going to be renewable before we know it,” he said. “I would love for the priority to be how we wean ourselves off of natural gas.”

He expressed a desire for a phase-out of natural gas heating, perhaps via a self-imposed tax, but didn’t want to layer additional cost on top of the renewable offset quite yet.

That “yes, and” attitude was a good sign in Trustee Ben Bohmfalk’s book.

“I think it speaks highly of our changing expectations that we’re this ambivalent about going to 100 percent renewables,” he said.

Following Bohmfalk’s motion, all of the trustees present backed the plan. The idea also got a stamp of approval from Katharine Rushton of CLEER, who had just finished presenting the organization’s 2019 plan. One of the chief aspects for Carbondale is the consideration of a net-zero zone encompassing Roaring Fork School District’s staff housing, the Third Street Center and potentially some of the adjacent townhomes.

Observed Richardson, “It seems like a big goal this year is learning.”

Bohmfalk wondered if that was enough.

“This is just one piece of that bigger picture,” Rushton replied. “We’re so interconnected… we’re going to have to all play our part in getting it together.”