The ups and downs of decreased grazing fees 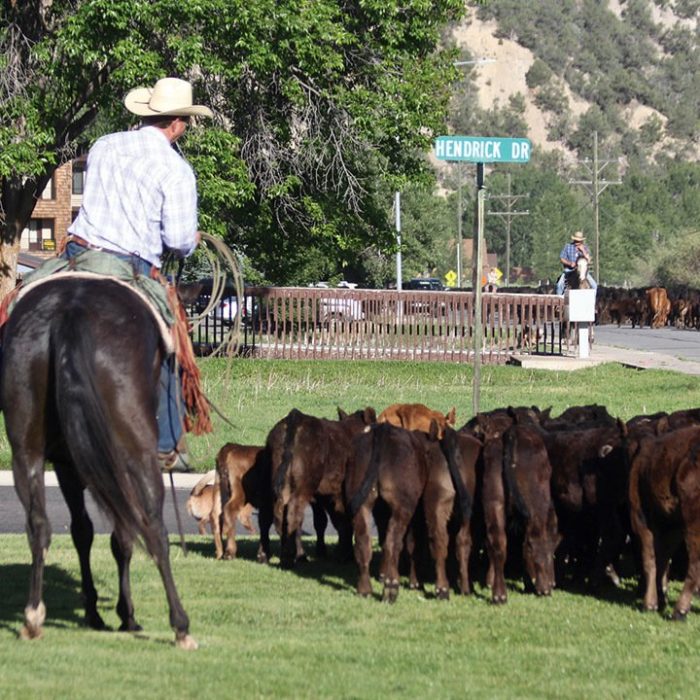 For the third consecutive year, the federal grazing fee for public lands administered by the Bureau of Land Management (BLM) and National Forest Service has been lowered — this time, from $1.41 per animal unit month (AUM) to the legal basement price, $1.35 per AUM.

The fee, which is adjusted annually, hinges on a formula that uses three variables to establish a base value for AUM: lease rates for grazing on private lands, beef cattle prices and the cost of livestock production.

“In effect, the fee rises, falls, or stays the same based on market conditions,” a BLM press release states.

Brian Lombard, a BLM public affairs specialist, highlighted the fact that most ranchers will save an average $31.32 per authorization over 2018 and broke down the numbers behind this year’s fee in an email.

Overall, he asserted, the lowered fees will support the ranching community. “The individual rancher will see significant benefits,” he said.

But Bill Fales of Cold Mountain Ranch doesn’t see it that way. As far as he’s concerned, a lower grazing fee is a symptom of the decreased Beef Cattle Prices Index (BCPI).

“I think a lot of ranchers would be thrilled if the formula would push the price to $5 because it would mean we would be making money,” Fales said. “Ranchers and farmers by nature have to be optimists, so we’ll just keep struggling along, but it’s sure more fun when you can make some money.”

Congress established the formula for calculating grazing fees in the 1978 Public Rangelands Improvement Act, which ensured the annual grazing fee cannot fall below $1.35 per AUM/HM and cannot increase or decrease by more than 25 percent in a single year, according to the BLM.

In the statement, Brian Steed, BLM Director for Programs and Policy, explained how the funds are reinvested in the community.

“Fifty percent of the collected grazing fees deposited into the U.S. Treasury are returned to the Range Betterment Fund for on-the-ground range improvement projects,” he said. “Portions of collected fees are also returned to the states for use in the counties where the fees were generated.”

Often, though, ranchers finds themselves covering those on-the-ground improvement projects out of pocket, Fales noted.

“On Coal Basin, we had cash expenses of $30 per head,” he said. Those “cash costs” pay for the necessities: “hire a rider and pay for salt and pay for fencing material — in addition to what we pay the forest service and the BLM.”

Still, when times are tough, Fales will accept any break he can get, including lowered grazing fees.

Public Lands Council President Bob Skinner, a rancher himself, sees the lowered fees as a bit of relief for the industry.

“Ranchers across the west trust the formula and the process, which ensures fair and equitable access to forage on federal lands,” he said in a statement. “With the fees in place for the 2019 grazing season, ranchers can focus on what they do every day: contributing to rural economies and serving as stewards of America’s natural resources.”