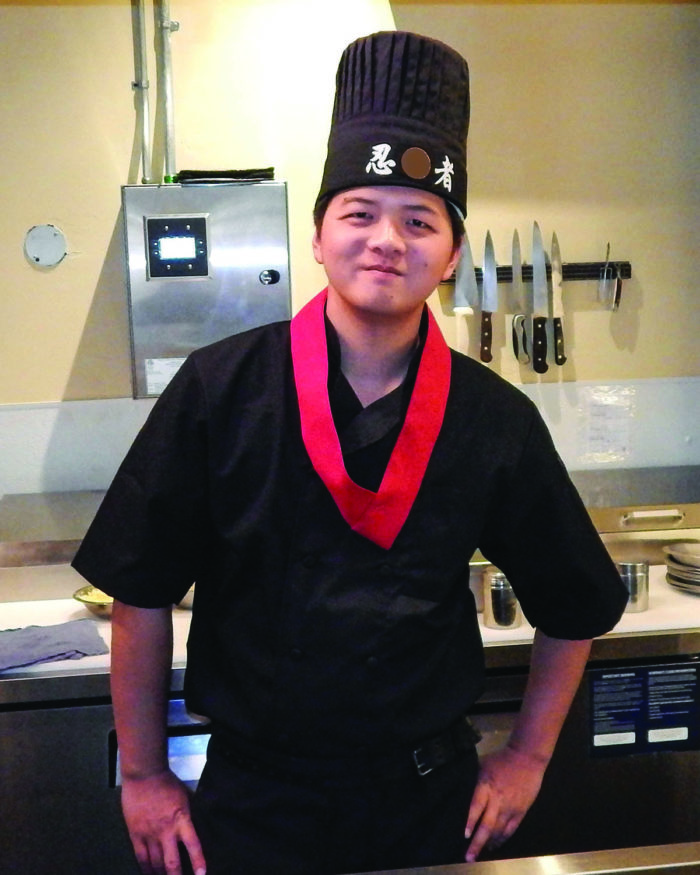 The restaurant is the first for owner/chef Joey Lin and his wife, Desy, who manages the front of the house. The two bring years of experience in Japanese restaurants, most recently at a hibachi grill in Fort Collins, where the couple met. They decided to open a restaurant together and ultimately settled on Carbondale as the location.

“We went around to a lot of cities and towns in Colorado,” said Desy Lin. “We looked at the population, economy, and competition. We saw there was no teppanyaki here, so why don’t we open here? We saw this restaurant was for sale, so we just bought it. It’s good that we can introduce a new kind of food to people,” she said.

As the restaurant’s namesake suggests, customers can order a teppanyaki supper for as little as $10 for lunch, and $17 for dinner. Vegetarian, chicken, steak, and shrimp teppanyaki, all served with fried rice or noodles and a side of veggies, may be eaten as is or dipped in a ginger sauce or “yum-yum” sauce (mayonnaise, cream, and spices).

Lin emphasized the philosophy of the cuisine is clean and simple. “We like clean types of food. We don’t use too many sauces,” she said. For example, the teppanyaki is seasoned only with soy sauce, pepper, sake, and garlic, giving it “a clean taste,” said Lin.

Also on the menu is an array of made-to-order sushi. Lin recommended the “one degree beyond” roll, which is a California roll with the addition of baked lobster. She said the “chef’s creation” roll, where diners tell the chef what type of sushi they like and leave the rest to him, is sure to delight.

Another favorite of Lin’s is the poke bowl, or “deconstructed sushi” as it is sometimes known. The dish consists of all the makings of a sushi roll but served in a bowl instead of as a roll.

“It’s becoming a trend in Denver, so we’re bringing it here, too,” said Lin.

450° Teppanyaki’s menu is designed to appeal to cost conscious diners all the way to splurgers willing to lighten their wallets. A diverse selection of wine, sake, beer, liquor, and cocktails is available to complement any meal. There are some great deals to be had on the menu, such as a 2-for-$10 sushi roll lunch special, and a $129 “dinner for four” that includes chicken, salmon, shrimp, steak, scallops, 2 sides, and 2 choices of any classic sushi rolls.

Daily specials abound as well. On Monday, $5 off the teppanyaki combo; Tuesday, third free sushi roll; Wednesday, 20% off dinner combo; Thursday, $25 chicken, striploin, shrimp combo and $35 filet mignon, lobster, scallop combo; and Sunday is happy hour prices all day. Each meal is finished with a complimentary cotton candy, which looks as smooth and silky as a geisha’s kimono.

“What I want to do here is allow people to enjoy the food but make it fast,” said Lin. “A lot of people come to experience the food.”