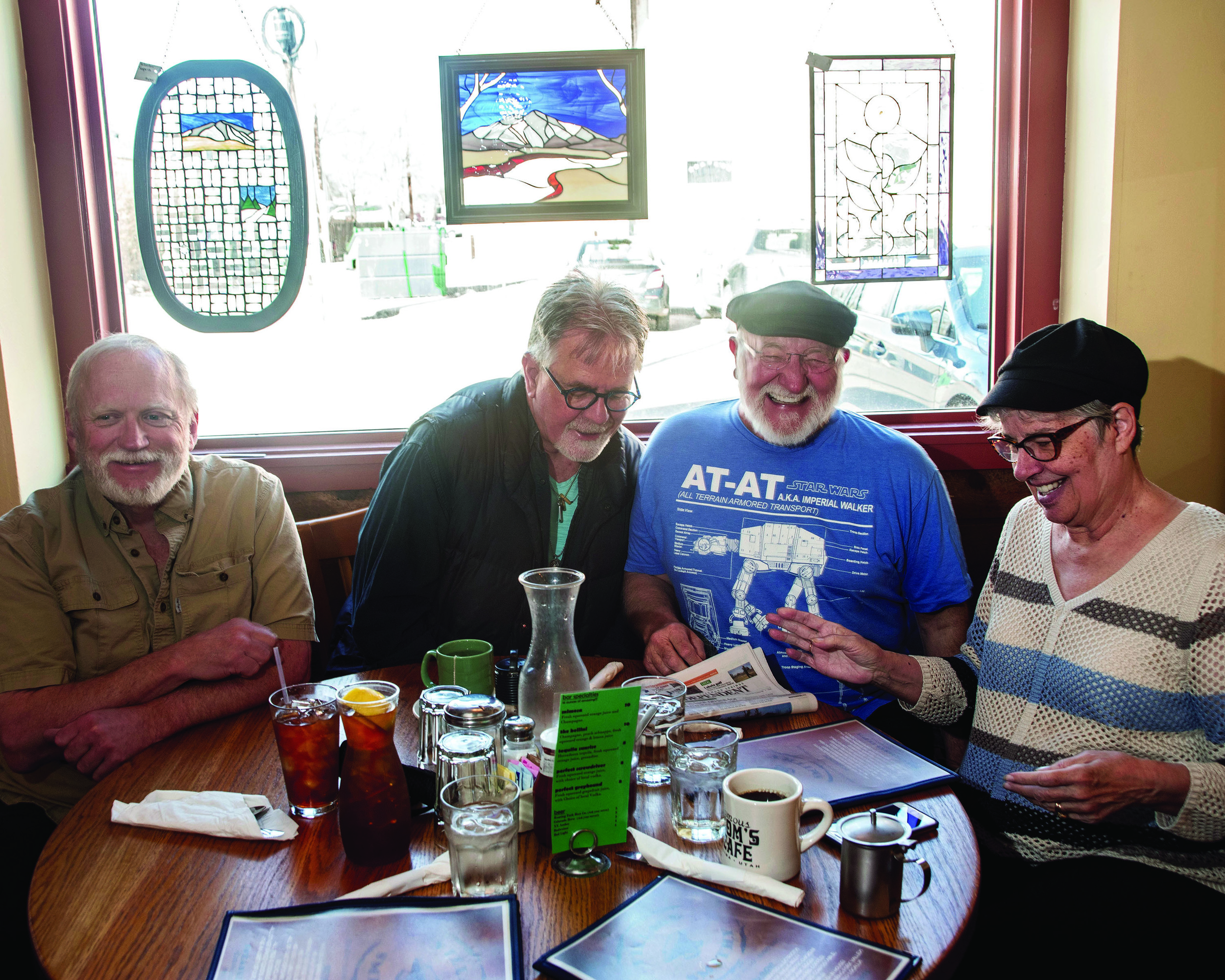 Most well-established restaurants have regulars, but folks at the The Village Smithy actually track theirs.
It can be something of a competition to see spends the most time and money every year. Lately Dave Taylor (second from left) has been running away with the top title every year, though even he will admit he has an advantage living right next door. Just based on his VIP card, Taylor has logged 211 visits. Managing Partner Jared Ettelson estimated the actual figure is much higher. “He’s here twice a day most days of the week,” he said.
Either way, he’s way ahead of second-place Lari Goode’s 115 visits, with Robert Clansey and Leonard Oltjenbeuns just behind her. If you count by amount spent, however, it’s actually Bob and Wendy Moore (right) in fourth place. “We could have sent another kid to college with all we’ve spent,” Wendy quipped — though she didn’t seem to have any regrets.
Once in the top five, Mark Luttrell (left) — usually accompanied by John Bell and sometimes by Chris Wurtsmith — has sunk to 13, but says he isn’t feeling particularly competitive about it.
So why should you care? Well, in the old days, it seemed like everyone at the Smithy knew each other, but even some of these folks hadn’t met before we set up this photo. If you’re grabbing breakfast on any given morning, there’s a good chance one of these folks is at a table nearby. Why not say hi?
Share to Facebook Post to Twitter Email