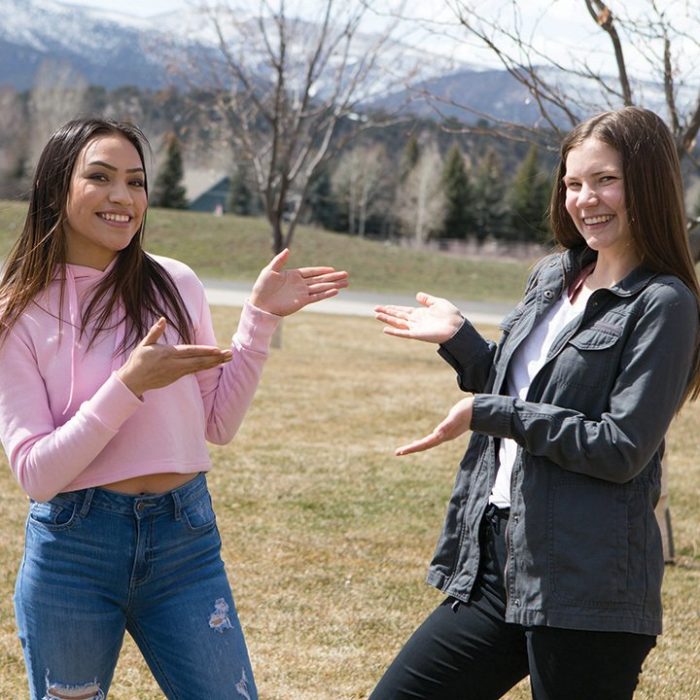 The future is looking bright for Lux Andrade and Solana Teitler. Each has been awarded and accepted one of the top scholarships available to college-bound kids in Colorado.

“It’s life-changing… I went from not knowing where I’m starting to being able to choose. Andrade said of the Daniels Fund, which offers a full ride anywhere in the country with even housing and transportation costs covered. While her parents didn’t go to college, her older brother, Lorenzo, is attending California Polytechnic State University on a Daniels. Teitler’s older sister, Tavia, was offered the Boettcher the same year, but turned down the in-state full-ride to attend Stanford.

For the younger Teitler, however, it just made her choice easier: she’ll be enrolling in the honors program at the University of Colorado’s Engineering School.

“It’s such a big relief. After all these applications, the decision is just made,” she said.

Andrade, meanwhile, is waffling on her original plan to attend Colorado State University, with acceptance letters from several strong out-of-state-schools to consider.

“I’m really tempted to go out and explore,” she said.

Regardless, she plans to study social work.

“I’ve been involved with mentoring and peer tutoring since middle school,” she explained. “I want to keep helping and nurturing people.”

Andrade also plays soccer and basketball; participates in Precollegiate, Links Crew and the Buddy Program and still finds time to work at Stepping Stones and babysit. Teitler is a fellow soccer player, was the class president for Student Council for her first three years before becoming Head Girl and is Editor in Chief of the Rampage in addition to roles in Model UN, Energy Club, the Girls Summit as well YouthEntity’s Design Team and Aspen Santa Fe Folklorico.

“I’m running from games to meetings to events, but I enjoy everything I’m doing so it’s not hard to motivate,” Teitler said. “Everyone has to offer something for the school to run, so you just have to throw yourself in and do what you can.”

Both girls rejected the notion that you couldn’t get a quality education at a small public school.

“Especially with CRMS in town, some people see Roaring Fork as the backup, but this is such a good school,” Teitler said. “Our teachers are so helpful and willing and really care.”

Both girls would like to return to that kind of community.

“I’d like to come back and use the things I’ve learned to support a place that has supported me,” Teitler said. “There are a lot of great opportunities in our back yard. I’m anything but a city girl, and a lot of engineering positions are in the city. I’ll cross that bridge eventually — maybe after designing it.”

For Andrade, the prospect of a prestigious higher education isn’t antithetical to returning to Carbondale — it may be essential.

“The price of housing to buy or rent here is very high, but I want to get a job that will let come back,” she said. “It’s home.”

The lack of debt will certainly help with that goal, and the process of filling out applications really underlined what that could have looked like.

“It was super daunting and really high pressure,” Andrade said.

Other challenges included driving to Denver in the peak of avalanche danger or waiting on family tax documents. Both girls credited the community at large, the school, and particularly Counselor Laura Karnes with making their success possible.

“I feel like she moved oceans and was always there for me,” Andrade said.

She also called out her brother, who convinced her to apply even though she didn’t think she would get it. That colored her message to others.

“Everything’s possible,” she said. “Take the opportunity; it’s there.”