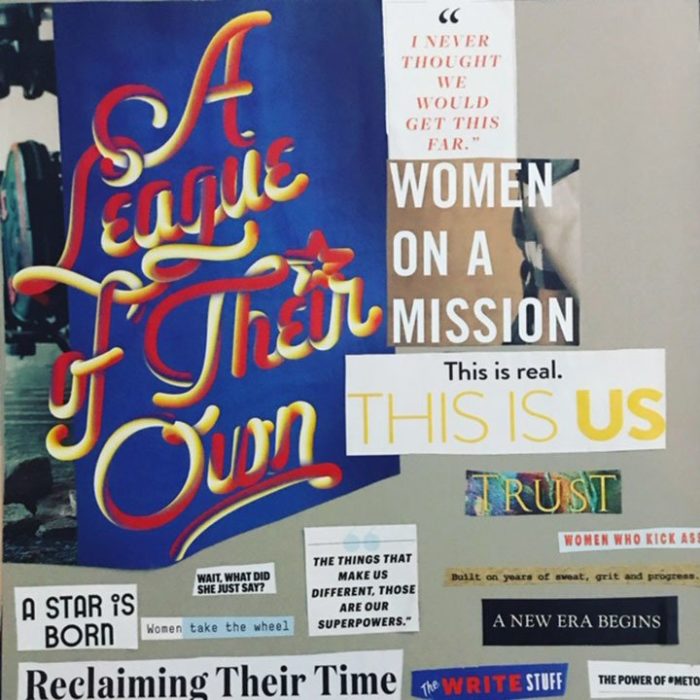 Claire O’Leary emanates a warmth that’s immediately evident. But when she talks about being a 58-year-old woman coming to terms with her experiences as a five year old, her gaze goes adrift. It’s just for a moment; she immediately comes back to the present and her smile returns, but that dimmed light in her eyes briefly conveys her pain better than any words could.

That said, she’s more eloquent than one who hasn’t experienced incest would expect when talking so openly about a topic often considered so taboo. It took her more than five decades and several career changes to be able to do so.

“I was working at Aspen Valley Hospital, and I left my graphic design job … to start a reiki practice,” she recalled. But as anyone who’s started a business knows, self employment isn’t a linear trajectory to success. “A year later, things [were] still kind of wishy washy.”

At that point, O’Leary decided to more actively market her services.

“I joined a group of women who were taking a class, ‘Writing Your Story,’ for marketing,” she said. “So I write this story, and it’s feeling OK, and all the sudden, I get this flash of a little girl in front of my eyes.”

Though the little girl was a stranger — O’Leary didn’t recognize her — it wasn’t the first time she’d made an appearance in O’Leary’s psyche. In fact, she said, she’d seen her several times, but the visions had stopped about a year before this particular incident.

“I’d done enough work to know, ‘Alright, time to deal with this,’” O’Leary said. “So I went and grabbed my journal and got into a meditative state and asked the question: who is this little girl? I start writing, and the whole story of my incest at five years old starts being written down on paper. And for the first time in my life, I realize who it was that did this to me.”

It’s not uncommon for incest survivors to block out their abuse. Anne Lauren didn’t come to terms with her own history until she was 24. There’s even a name for the phenomenon, she pointed out: Betrayal Trauma Theory, first introduced 25 years ago by Jennifer Freyd of the University of Oregon.

“Basically, the idea is that children who are abused forget about their abuse because they need to bond with their caretakers,” Lauren said. And she definitely needed her abusers to survive, as she was a mere two years old when it started. “My abusers were my father; my grandfather; my uncle.”

Once she was no longer dependent on their custody, though, things spiraled downward for Lauren.

“I got really sick when I moved out of my house,” she said. “By the time I was 24, I could hardly function: just paralyzing depression. Fatigue … kind of ruled my life. I started going to therapy, and eventually the memories came back.”

For O’Leary, the realization of the weight of that early abuse morphed into a full epiphany.

“Before, I knew I’d been incested — it wasn’t something new — but it didn’t feel like that big of a deal,” she said. “I’d been incested by my father for two years as a teenager, so that was way more traumatic for me. When I got done writing this story, I’d allowed myself to feel every single thing … I totally had a complete visual for the first time in my life. And I realized, after that, that little five-year-old girl made a decision that in order to be loved, she had to be anything anybody wanted her to be. I totally became the yes girl.”

The result, she continued, was that in addition to dealing with inappropriate encounters from men throughout her adult life, her business suffered.

“I’m unable to charge an appropriate amount of money for my services because I feel undeserving,” she recalled about her mentality at the time. It impacted her marriage, as well. “I couldn’t speak to my husband and ask for what I wanted. I didn’t even know what I wanted, was the truth. So once I realized this, I was totally able to say, ‘Oh my god. I don’t have to live from that anymore.’ It was a total eye opener for me.”

Already a healer at heart, O’Leary didn’t plan to keep her newfound perspective to herself. She wanted to share that empowerment with others, even if it wasn’t immediately obvious to her that her audience would end up being fellow sexual abuse survivors.

“I started working with this audience years ago without even realizing that’s what I was doing,” she laughed. At the time — about six years ago, she estimates — she was spending her time offering workshops for women. “I noticed, every time I was doing the workshops, a greater and greater number of sexual assault survivors were showin up in the workshops. So I was like, ‘OK, I guess this is who I’m talking to.’”

Now at 66, O’Leary finally feels like she’s found the right platform for her message: The EMPOWERed Voice, Traveling Exhibit. It’s debuting at the Third Street Center Sunday, April 7, with a preview and art exhibit on the preceding Friday and Saturday, respectively. The full exhibit will portray various survivors’ recovery through art, movement, music and verbal expression in the Round Room.

She sought the help of Sacred Heart Healing Arts founder Shannon Jones to assist with the movement aspect, and artists from all over the country have contributed to helping O’Leary realize her vision. Lauren will have two pieces featured: a collage series and a video of herself reading an essay she wrote for Survivor Alliance.

“It’s really fun how all of us survivors who have different projects end up connecting with each other,” Lauren said. “I wrote a column for ‘Ms. Magazine Blog,’ and she commented on it, so I … wrote her an email, and that’s how we connected. She asked… if I want to be involved, and I said, ‘Yippidy doo, da, yes I do.’”

Just as it took O’Leary a full eight years from the time she discovered the extent of her abuse to curate The EMPOWERed Voice, it wasn’t until the #MeToo movement for Lauren — now 32 — to feel like she had something to add to the conversation.

“When #MeToo happened, I felt like I had so much to contribute. I felt like I had 10 years of experience to share, and my recovery in that moment just became so much bigger than me,” she said. “I started blogging, and through that process, came to find my voice. It’s a way that I compartmentalize my own healing process, because it is such a complex process.”

She’s since expanded her blog to Blue&Lavender, “an all inclusive women’s collective focused on recovery for trauma survivors,” according to its website (bluandlav.com). Through Blue&Lavender, she’s able to host a Podcast and Facebook events, and of course other survivors can post their own experiences as well.

“I don’t really understand my identity outside of rape, illness and recovery,” she offered. “So this next stage of my life is letting myself thrive and understanding what thriving means for me — trying to understand, then, if that’s not me, then who the hell am I?”

O’Leary hopes that The EMPOWERed Voice will help survivors like Lauren answer that question, whether they participate in or simply attend the exhibit. She even launched an I Fund Women crowdfunding campaign to help pay for people across the country to attend future exhibits (tinyurl.com/funding-survivors). She already has another one slated for Paonia in September.

“My message is that, to survivors, you can heal from this. And if you don’t deal with it, it will happen over and over again,” she said, citing her own experiences and those shared with her through previous workshops. “I have yet to work with a woman who has actually told somebody about this before I worked with them. It’s really way more common that we don’t share. That’s why I’m talking so much about EMPOWERed Voice. Silence is killing us.”

Round Room in the Third Street Center, 520 S. Third St.