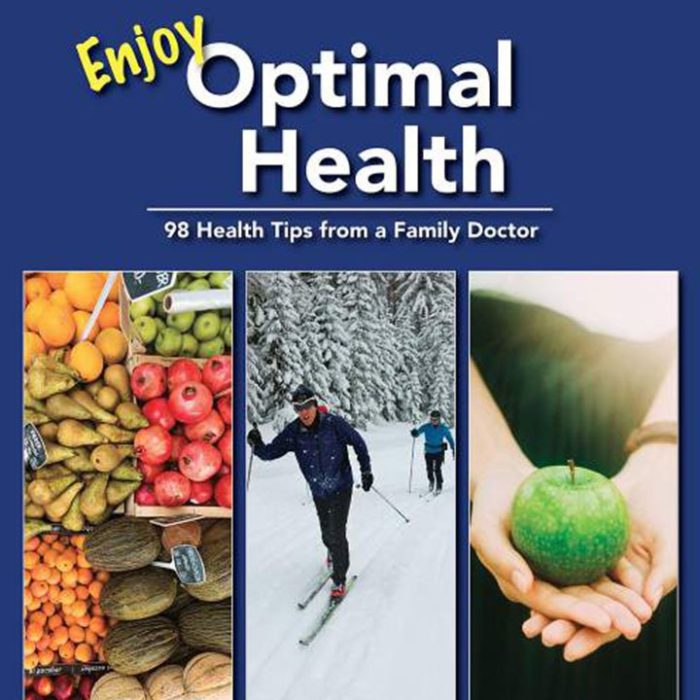 “We’ve invited lots of businesses who are involved in health and well-being of our community to be involved,” Davi Nikent Center for Human Flourishing Director Rita Marsh said. Davi Nikent, alongside the Carbondale Chamber of Commerce and the Town Recreation Department, is a signature sponsor of the event.

In addition to booths and activities, Drs. Greg Feinsinger and Peter Goldstein will be speaking, she added.

Local newspaper readers may recognize Feinsinger’s name from his regular column in the Post Independent. He’s been working to convert those columns into a book, “Enjoy Optimal Health: 98 Health Tips from a Family Doctor,” which he recently published.

“After I retired four years ago, I wanted to keep my hand in medicine, so I started doing free consultation one morning a week and I started writing a weekly column for the Post Independent,” Feinsinger said in a KDNK interview. “A lot of people read my columns, asked me why I didn’t write a book. I finally decided to do it six months ago, and there it is.”

Over the course of his 42-year career with Glenwood Medical Associates, Feinsigner’s perspective about medicine evolved.

“We see people cradle to grave … and everybody in between,” he said of his role as a family physician. “I started thinking, ‘Gee, maybe we ought to be preventing some of these illnesses instead of just treating them after they occur.’ In about 2003, I found out that almost all heart attacks are preventable, but it doesn’t happen. I started a stroke and diabetes prevention center at Glenwood Medical.”

Much of Feinsinger’s medical advice these days centers on making intelligent lifestyle changes, mostly around diet and exercise. That focus has earned him recognition from Hippocrates Docs, an online community of medical professionals offering nutrition-focused advice and resources for people wanting to make such a lifestyle change.

“We have decades of practicing the wrong eating habits, the wrong lifestyle, and we’ve actually been brainwashed to believe things that are scientifically proven to be untrue and harmful,” he said the same interview. Both Feinsinger and Goldstein share a skepticism of the role money and marketing plays in shaping societally held beliefs about health.

“The milk industry itself, for instance, they spend something like a quarter billion dollars a year telling us how important and healthful milk is, but in fact, the research is showing that because of the hormones and antibiotics that are fed to cows, that’s very damaging,” he said. “Girls are reaching puberty at a much younger age because of the milk. I was talking with one of our docs who’s a pediatrician, she’s telling me that we have 12-year-old girls now being diagnosed with breast cancer, and they’re linking it to the milk.”

Of course, concierge medicine and lifestyle retreats have become their own form of big business, often commanding four-figure price tags — but thanks to health-minded events like Spring Into Wellness, audiences can access the experts for a fraction of the cost. “Advances in Nutritional Science to Live Healthfully Until 100,” at 7:30 p.m. at the Third Street Center Saturday, April 6, featuring visiting nutritional specialist and six-time New York Times bestseller Dr. Joel Fuhrman.

For the last three years, Fuhrman treks to Aspen for his now-signature Aspen Ski Getaway, as advertised on his website (drfuhrman.com). During that time, he’s presented at the Aspen Institute about his trademarked Nutritarian diet, which focuses on the highest available nutritional density per calorie consumed. Now in its fourth year, the Aspen Ski Getaway invites participants to experience meals at Pyramid Bistro and Limelight Hotel and can attend a number of lectures.

This year, instead of a culminating talk at the Aspen Institute, Fuhrman will address a Carbondale crowd.

To make his Nutritarian philosophy readily accessible, he’s distilled it down to a simple formula: H = N/C, where H equals health, N equals nutrients and C equals calories. That is, health can be measured by the ratio of nutrition per calorie.

“I’ve been doing this for almost 30 years now, and I think when I was writing the book ‘Eat to Live,’ you’re looking for ways to put in graphs and diagrams … so you translate what you’re discussing.” The formula was a natural extension of that intention.

Fuhrman contends that in addition to prevention, nutrition management can reverse chronic illness, and it’s a cornerstone of his message — but he also acknowledges that it’s not always an easy path.

“We feel weak and fatigued and you can even get depression and anxiety just from trying to stop eating junk food,” he said. “I offer people a supportive system … I even have a retreat where people who are severely addicted people can stay there for two to three months. They need time to be away from their triggers to understand how they’re self sabotaging their life.”