Beware of scams— they’re only getting worse 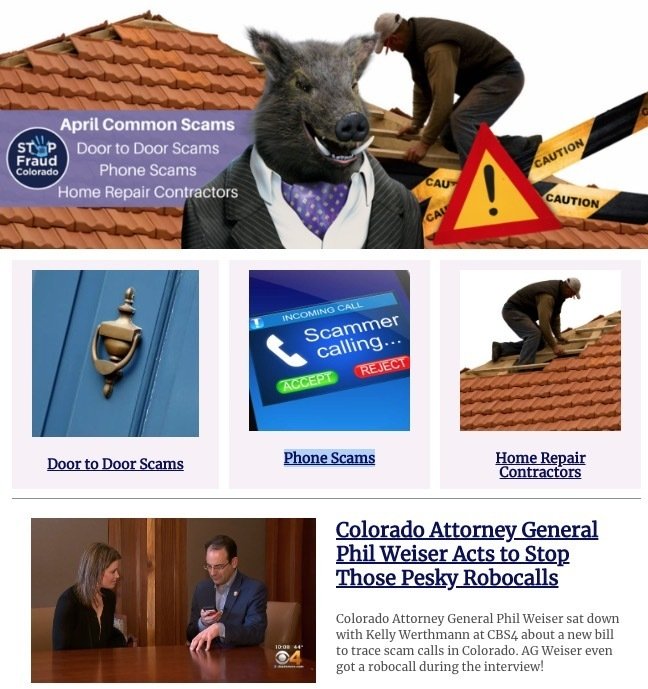 Scamming people is a booming business, and unfortunately it’s here to stay.

Although many victims do not report the crime they suffered, from the reports collected in 2018 the total damage is estimated in the hundreds of millions of dollars. It’s a big business with perpetrators of all types – sophisticated, idiotic, eloquent, bumbling, those who target the masses indiscriminately and play the numbers, those who focus on specific individuals and cultivate personal relationships, some who specialize in ripping off vulnerable populations such as the elderly or undocumented, those with legitimate business shells offering potentially useful services, others with purely malicious intentions.

It is a vibrant ecosystem of predators bound by one common aspiration, and that is to take your money and vanish.

The ease with which technology has allowed unscrupulous individuals to mask their identity, fool targets, and increase their exposure via digital interface has made the problem almost rampant. Few people indeed have not received a suspicious phone call or email.

Last month, The Sopris Sun inadvertently enabled fraud by publishing an advertisement, arranged and paid for by a live human, offering clerical work for a fair wage. But contacting the email address provided in the ad resulted in solicitation of personal information. Even in our relatively safe and trusting mountain town, scams are infiltrating (mostly from overseas) to separate us from the contents of our bank accounts.

“If it smells like a scam, it’s probably a scam,” said Carbondale PD’s Lieutenant Chris Wurtsmith. “It’s important for people to take a strong stance on their personal affairs and try not to let their heartstrings get pulled,” he said.

His office received at least 20 reported frauds last year, almost all from overseas, though he believes this represents only a fraction of the total number of incidents. Out of shame, hopelessness, or fear of persecution in the case of undocumented aliens, many do not report, he said.

“I think that’s just a drop in the bucket, that most don’t go reported… I think folks are ashamed because they’ve been fooled and it’s very, very personal,” he said.

Wurthsmith noted that some scammers are even imitating Carbondale police officers. They research online to find names of actual officers, and use that leverage to target locals.

“Many of them are done in a professional-sounding way,” he warned. “They want to convince you that they are the real deal.”

He said that the elderly and undocumented aliens are especially vulnerable. Older citizens tend to have less familiarity with technology and grew up in a more trusting society. Likewise, immigrants are often accustomed to a “trust your neighbor” cultural mentality and have not been exposed to malicious attempts at personal fraud. Because they can be resistant to reaching out to law enforcement and/or are desperate for legal status, they can become enticing victims.

Anais Hernandez, Forensic Interviewer with the River Bridge Regional Center in Glenwood Springs, said she has received plenty of anecdotal accounts of scams targeting the undocumented.

“Whenever there’s a change in the immigration law, a lot people can become prey,” she said. Scammers will offer higher placement on “the list,” perhaps expedited visa or green card services, all for a hefty fee. “They say ‘we can fix your papers.’ But they’re just out to get the money.”

Hernandez was not certain if these actors are actually trying to help undocumented aliens but lack the necessary experience and qualifications, or if they are whole-heartedly out to bilk them. “The Latino community is so tight-knit and you believe your neighbor. But do your research and go somewhere legitimate,” she said.

Fraud.org, a project of the National Consumers League, details 31 common scams (stopfraudcolorado.gov is another good resource). The overarching categories include credit, debt and loans, fraud against older adults, health fraud, identity theft, money-making scams, phony prizes and sales, scams of the heart, and tech scams. The site also offers a host of precautionary tips to avoid becoming a victim. A few include knowing who you’re dealing with, guarding your personal information, resisting pressure, rejecting promises of easy money, and staying safe online.

Lieutenant Wurtsmith cautioned people not to succumb to fear and panic. Reputable companies will always be willing to mail documents. You can hang up and run a number through Google to determine if any others have flagged it for suspicious activity.

Wurtsmith said the most common scams he has encountered in Carbondale are those that pose as power companies, tax collection, Ebay sales, inheritance pay-outs, representatives of relatives that have supposedly been arrested or are in trouble, and credit card phone scams. “They are doing it, and it works. They reach people who will let them in… The scary thing is they keep inventing new ways to do things, and how can we keep up with it?” He suggested that anyone encountering scammers register the incident with the Federal Trade Commission and “don’t ever give personal information over the phone, no matter who they are posing to be. Verify.”