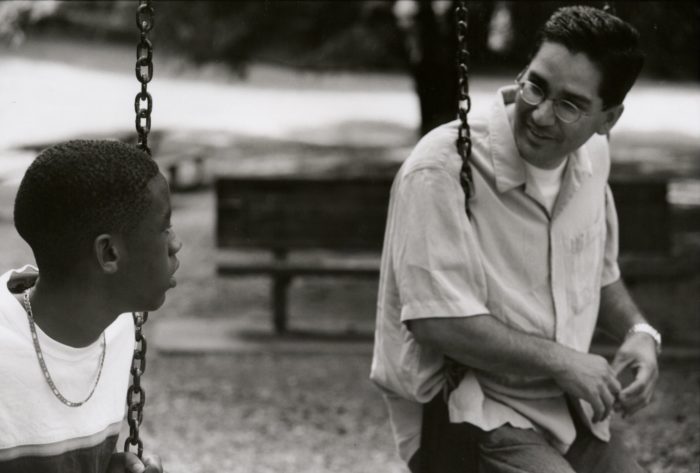 Calls to Colorado’s Department of Human Service’s Child Abuse and Neglect Hotline increased recently and when calls increase so does the demand for CASA of the Ninth volunteers.

CASA, which stands for Court-Appointed Special Advocate, is a national non-profit organization, formed in 1977, with CASA of the Ninth being founded in 2011.  The local branch was founded in 2011 and serves Garfield, Pitkin, and Rio Blanco counties within Colorado’s 9th Judicial District from offices in Glenwood Springs.

“At any given time in Garfield County, there are approximately 30 open dependency and neglect cases with, on average, about one opening a month,” Executive Director Christy Doyon said. “This past quarter [Jan. 1 to March 31] though, those numbers with calls to the Child Abuse Hotline spiked, so we’re hoping that was just a fluke and not a trend.”

CASA volunteers are the voice for abused and neglected children in the court system. Cases are appointed by the county court and assigned to a CASA volunteer within as little as two days after a child has been removed from the home and placed into foster care. Ages of children range from newborn infants up to age 17.

The process to become a CASA volunteer involves talking with Christy or one of CASA’s two volunteer supervisors, completing an online application, participating in two interviews, and background screenings. Training is a comprehensive, 30-hour curriculum, with 21 hours in-person and another nine hours online, with the next one beginning mid-May. After the court completes a final assessment, you are sworn in as an independent “Friend of the Court” and can be appointed to a case.

The CASA volunteer meets with the child twice a month, talking with foster parents, biological parents, teachers, and coaches to assess how the child is doing. They will also make observations and prepare written recommendations to submit to the court.

CASA’s number one goal is recommending a safe, permanent home for the child. They also convey the wishes of the child to the court. Reunification with parents is the ultimate goal, however, when that is not the safest option, a CASA volunteer will stay on the case until a permanent home placement is found.

“Our volunteers come from a variety of different careers. We have volunteers that are working full time, some are raising small families,” Doyon explained. “They don’t have a legal background. They’re just regular people who want to help. And the training and the support really helps regular people do this job to support these kids.”

If you have doubts about volunteering, Doyon recommended, “If people are on the fence, I really encourage them to just set up a coffee meeting with one of us.”

Given the serious nature of cases, CASA provides support to volunteers through two advocate supervisors who do regular individual supervision. Opportunities are made so volunteers can process with one another. There is also a monthly training component.

CASA Supervisor Mary Rippy worked as a volunteer for two-and-a-half years and has now been a staff member for two years. For people who have trepidation about volunteering, Rippy assured them that, “No CASA is ever standing by themselves out there on a case. So even though it’s scary, they don’t have to have this expert knowledge base. We’re asking them to be a caring layperson, we never ask them to step into the role of an expert.”

Rippy emphasized, “We are looking for community members with a caring heart.”

To become a CASA volunteer, you can call 987-4332 or complete the online form at casaoftheninth.org.