Finding strength together through Empowered Hearts 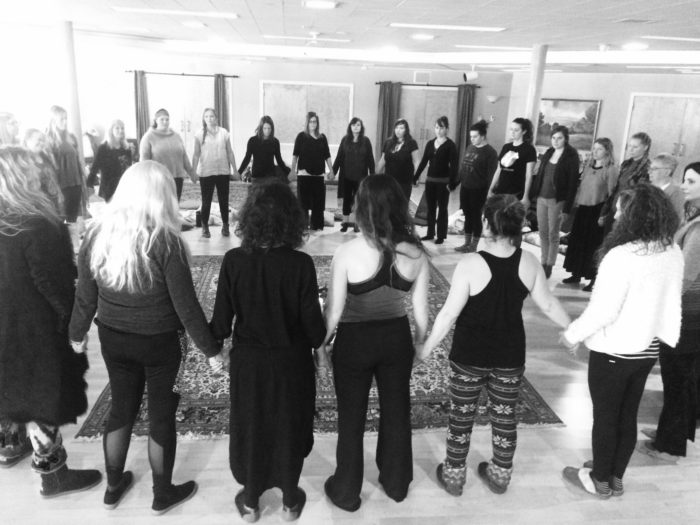 Bridget Law and Katie Gray are self-described best friends. It’s that kinship between women that drives Empowered Hearts, and later this month, they’re bringing their 24-hour retreat model to the Carbondale area.

“While it doesn’t necessarily just pertain to women, I feel there is incredible power when women come together,” Gray said. “Through my own healing and stepping into a stronger sense of confidence and empowerment, I have a deep desire to share it with absolutely everyone.”

Gray recounted how her own struggles with bulimia and addiction eventually led to a deeper understanding of how to heal. Two years ago, she began leading retreats throughout the state as a means of sharing what she’s learned. That doesn’t mean Empowered Hearts retreats are specifically geared toward addiction recovery, however — though her personal history usually resonates with a broader audience.

“I personally love bringing light to shadowed topics in our culture,” Gray said. “Every time I talk about my history with bulimia, my food addiction, I address something that most of us can relate with because we’re in a day and age where we’re hungry for something more and we’ve been told that we’re not enough, so we live in a constant state of hunger.”

She doesn’t do it alone, of course.

“It requires more than one facilitator,” Gray said, noting the 24-hour model. “Bridget has been studying body movement and yoga for years, and while that’s not one of my strong suits, it’s one of her strengths. I can take us really deep into the emotional plane and get at what needs to be released psychologically in a heartfelt way, but Bridget brings a phenomenal way of bringing people back into their bodies. It all works together.”

The ranch setting offers the serenity ideal to let emotions bubble alongside the Crystal River, Law noted, as is Carbondale in general.

“Maybe it’s the land that’s drawing these incredible people to the community,” she mused.

It certainly won’t be Law’s first time in Carbondale: she and her husband Tierro Lee headlined Mountain Fair last year and recently returned to play KDNK’s studio and The Temporary in Willits.

It’s also not the first time she and Gray have co-facilitated the Empowered Hearts retreat.

“We’ve done this event on the Western Slope in Durango, and we’ve done one in Loveland, so this felt like a nice in-between,” she said. “The Carbondale community, every time I come through … I am so struck with how wonderfully safe and open this community feels toward one another. The goal is to bring women from wherever they want to come from to this extremely majestic place so we can all reboot and fortify these relationships with each other. What better place to do that than at the base of a magical, mama mountain?”

The three-meal menu boasts such highlights as turmeric and ginger soup with biodynamic cow cream drizzle and Knapp Ranch microgreens, to be served between sharing exercises, presentations and guided meditations and yoga. Participants will learn about societal patterning — and how to intentionally create new patterns — in Gray’s workshops.

“I think a root cause for much of our sadness and anxiety is a lack of connection, a lack of feeling like we have one another and reaching out for something outside of ourselves,” Gray reflected, noting she’s even writing a book dedicated to exploring the subject. “If we felt supported and all the people quietly swallowing down their pain alone in their rooms, what would it feel like if we felt like we had camaraderie? I think women would be a stronger voice in the world, and it’s my goal to do everything I possibly can to help strengthen people and their voice.”

That said, both Gray and Law want to expand future retreats to cater to anyone.

“I’m learning more and more for those who are not identified with a gender,” Gray said. “That’s why a lot of my work is shifting towards being for men and women and everyone in between. Everybody needs a safe space to open. While this is an experience for female-identified genders, we look forward to expanding the material and returning with opportunities for everyone.”