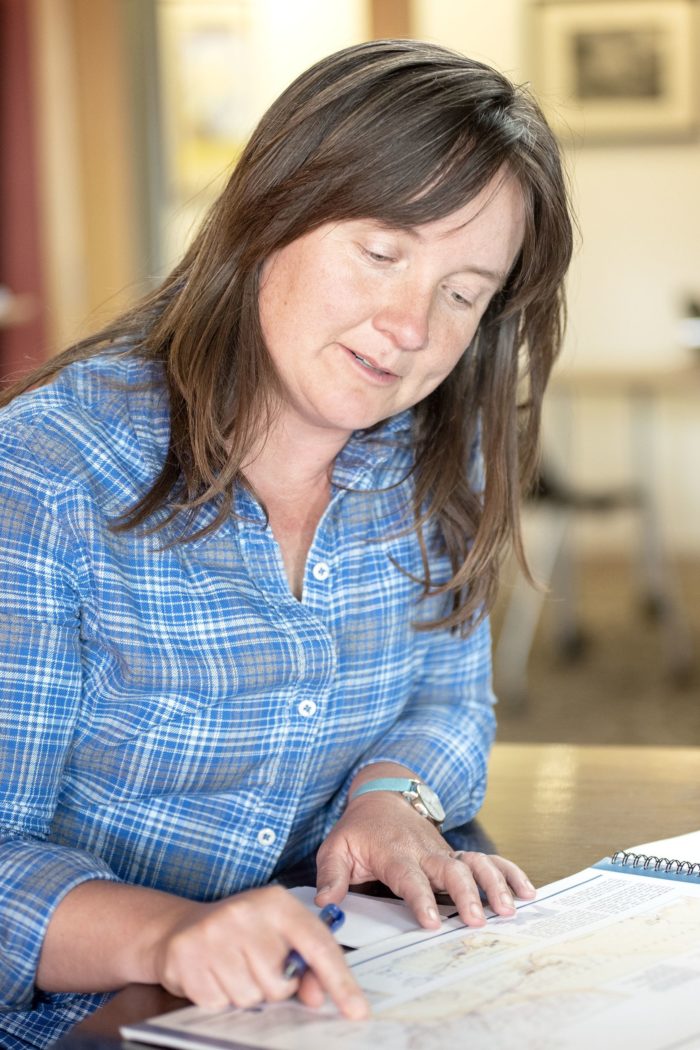 Remember how the Garfield County Commissioners in February reversed their decision to permanently protect the Thompson Divide as stated in the Colorado Recreation Economy Act (CORE)? Well, they could end up reversing that reversal.

Commissioner Tom Jankovsky told Whitney on May 1 that if methane capture included coal mines in Garfield and Pitkin counties, he might support the bill. “If we can get Garfield County in there, I’m willing to change my vote on the support,” he said.

Those mines are spread throughout the Grand Hogback, a geological formation that extends for 70 miles from McClure Pass in Pitkin County through Garfield County and north to Meeker in Rio Blanco County. It has a distinct ridgeline that you can see when driving west on I-70. Burning Mountain, near New Castle, has been on fire underground for over a century and occasionally vents just east of the town. Sparks from the smoldering mine caused the 2002 Coal Seam Fire, which began in South Canyon, west of Glenwood Springs, and burned through West Glenwood, destroying 29 homes.

Erica Sparhawk, Carbondale Town Trustee and deputy director of Clean Energy Economy for the Region (CLEER), told Commissioners that CLEER has been keeping an eye on methane capture opportunities around Coal Basin in Pitkin County, which was part of a 2016 coal mine methane study for the state. According to the study, methane from four old mines near Redstone could generate 5.8 megawatts of electricity.

Sparhawk told The Sopris Sun that she believes commissioners would support the CORE Act, including permanent protection for the Thompson Divide, if mines in the Grand Hogback were included in the bill. “The existing CORE Act has a section that would study coal mine methane opportunities in the North Fork valley,” she explained. “The Garfield County Commissioners would like to expand that study to include the Thompson Divide, which would include Coal Basin and other old mines outside of Redstone, and then expand it outside of the Thompson Divide designation to include the old coal mines in the Hogback area of Garfield County.”

At last week’s meeting, Commissioners discussed how to add mines along the Hogback to the Act, federal authorization of royalties from captured methane, and what kind of infrastructure is needed to actually bag the methane and put it to beneficial use.

But, said Sparhawk, methane recovery is still a long way off. “Recovery would be piping it and getting it into our natural gas system,” she explained. “But you would need to have compressors and have that infrastructure there.”

Other options include flaring methane or converting it into electricity like what’s happening at the Oxbow Mine in Somerset. But, she said, the study, which would look at opportunities, options, and feasibility, would have to come first.

Every town in Garfield County is using solar energy, but there is still no information to-date about statewide greenhouse gas emissions and how they add to national or global data. Sparhawk said that’s changing. “The [state] legislature did just pass a bill that is asking Colorado Department of Health and Environment do a statewide inventory of greenhouse gas emissions,” she said. “That will be the first time we’ve had a codified law requiring this inventory.” CDPHE is supposed to have a draft rule to address the data by next summer.

Sparhawk praised the Garfield County Commissioners for taking another look at supporting the CORE Act. “I think it was a good idea to increase the study area to include Garfield County since we do have so many old coal mine and gassy mine opportunities.”