Cyclists, pedestrians, motorists all have a role on the road 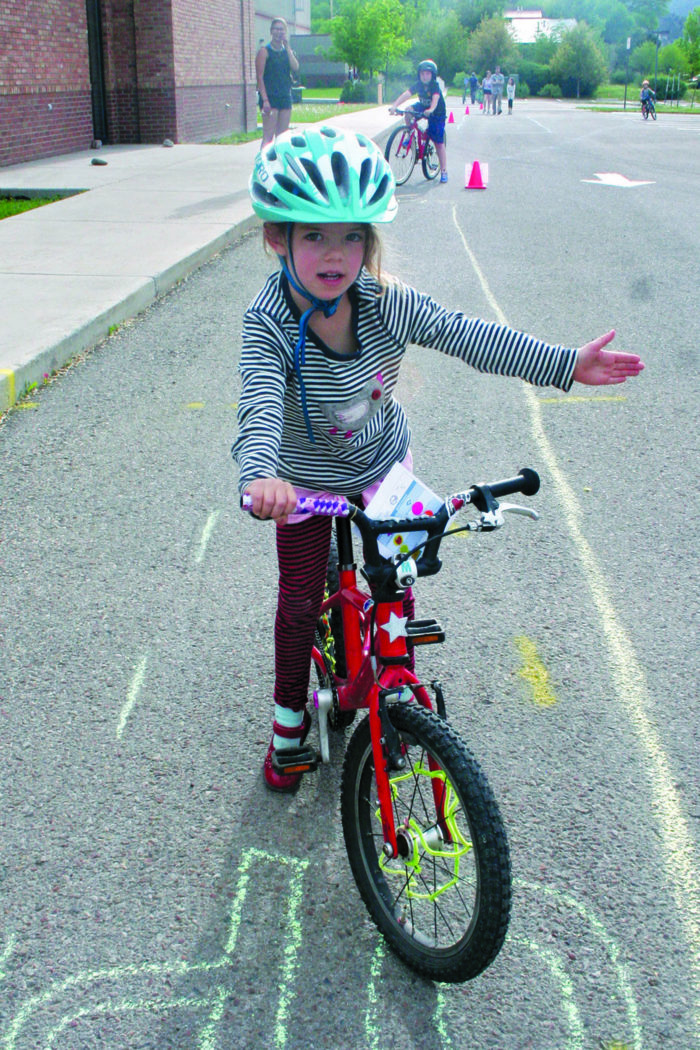 It’s Bonedale Bike Week, and that means plenty of activities around town, from the Bike Jam to an Adult Limerick Slam to free coffee for bike commuters each morning (see ad on page 10 for the full schedule). It’s also a chance to think about how cyclists, pedestrians and motorists can live in harmony.

“The Town has made a pretty steady commitment to trying to make things more accommodating for cyclists and pedestrians, but we have more people out and about than there used to be,” he said.

That’s true on the roads and paths in town as well as the trails in the backcountry. Fuller praised the work of organizations like the Roaring Fork Mountain Bike Association and Red Hill Council for expanding and improving existing infrastructure, and hoped that new directional trails in Prince Creek and Red Hill may help everyone coexist. Still, he sees education and understanding as equally essential.

“Almost everyone who’s a cyclist is also a motorist and a pedestrian,” he noted. “There’s inconsiderate behavior, but there’s also ignorance. A kindness and awareness mantra will really go a long way.”

For hikers and walkers, that could mean keeping your dogs on a leash and making sure you can hear over your headphones. For bikers, it’s moderating your speed, announcing yourself as you pass on the left and generally making sure you know the rules and rights of way.

“You’re legally allowed to be on the road, and if it’s not wide enough to share then you’re allowed to ride down the middle of the lane, but that comes with all the same responsibilities as when you’re driving a car,” Fuller explained. “Riding your bike on the sidewalk, while not against the law, unless you’re a child is probably poor practice. Adults really ought to be always riding on the right side of the road and never riding against traffic.”

Motorists, too, have a responsibility to stay alert. Fuller sees Highway 133 as one of the trickiest obstacles for pedestrians and cyclists in town, and he only expects that to get worse with pending construction along the corridor.

The majority of accidents happen at intersections, he noted, so that’s a particularly good time for everyone to be particularly alert. And while he appreciates it that some Carbondalians have a habit of waving cyclists through a four-way stop out of turn, he actually suspects the safest option is for everyone to stick with the rules.

The Carbondale Police will be helping kids learn all about that during the Town’s Bike Rodeo on May 20. With adults, Sgt. Scott Wilhelm has mostly been educating on a one-on-one basis.

In particular, he’s noticed local riders ignoring stop signs — not to mention neglecting to signal. (A refresher for those who don’t want to take their right hand off the handlebars to point — your left hand pointed up means a right turn and straight down with the palm up means stop.)

On the night shift, Wilhelm also sees folks out without a light in the front or a red light or reflector in the back — something that’s required by state law. And while it’s not technically required, he strongly recommends a helmet and eye protection.

Then there’s a matter of biking under the influence of alcohol, which is still a ticketable offense.

“If you’re too drunk, just push your bike home,” he said.

Wilhelm also urged folks to lock their bikes even — maybe particularly — when they’re not going to be gone long.

“We have a high rate of bike theft here,” he said. “Folks go in and have dinner and they come back and it’s gone because somebody used it to go to the bus stop.”

Carbondale Police have a rack of impounded and recovered bikes, though one that’s ditched may not show up there immediately. You’re much more likely to be reunited with your bike if you have the serial number, so Wilhelm recommends taking a picture of that with your cell phone.