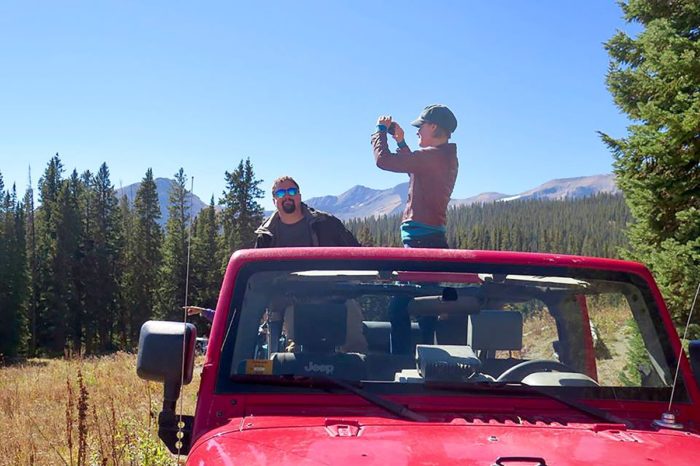 Leaders of the tiny hamlet of Marble nestled at 8,000 feet in the heart of the Rockies have a conundrum on their hands — and on their roads.

From 2010 to 2017, Marble’s population increased by six full time residents — to a whopping 137 — according to the National Census Bureau.

In the wintertime, locals are seldom seen.  Cold winds and 12-foot-high snow plow drifts keep them off the streets.  But when the spring thaw comes, these mountain folk dread the new sight they see.

Each year, more and more adventurers make the trek to the end of the Crystal River Valley — and pass right through the tiny mining town, originally founded in 1881.

“People keep coming,” a 2017 article in OutThere Colorado said, of visitors to the area.

“More and more every year… summers have gotten out of control,” added longtime resident Kirk Blue.

Blue’s sentiments are unanimous across town, as Marble tries to manage record numbers of visitors who flock into town each summer — with no end in sight.

According to a 2017 article in the Aspen Times, the number of visitors at Maroon Lake and the surrounding area surged from 285,000 to 320,500 in one year, according to the U.S. Forest Service.

Sixty miles away, at the other end of the Aspen-Carbondale-Marble triangle, the growth has been similarly rampant.

Leach retired last year after 37-years as the Carbondale fire chief and has a new passion — protecting the remarkable wilderness on Marble’s doorstep.

“If the area isn’t correctly managed then access for all will be threatened,” Leach told The Sopris Sun.

With the writing on the wall, Marble leaders met last week and gave thumbs up to creating a first-ever, comprehensive plan to preserve and protect the scenically jaw-dropping Lead King Basin area.

Marble is the gateway into Lead King Basin (LKB) — a vast tract of land in Colorado’s spectacular Elk Mountains between Marble and Aspen – that includes 14,098-foot Snowmass Mountain and 14,137-foot Capitol Peak.

“Spectacular – nothing quite so breathtaking in all of America,” said Ludvig Ragnarsson, who visited the Marble area frequently as a student from Sweden at nearby Colorado Rocky Mountain School.

LKB may be one of America’s best guarded secrets…or it used to be.  The author of a 2018 article in GearJunkie was, “amazed by the amount of congestion on this cobbled Jeep trail known as Crystal City Road 314.”

A mile south of Marble and past bucolic Beaver Lake, County Road 3 ends at the base of Daniel’s Hill – where a one-lane, rock-filled road continues to the East — climbing steeply for almost another mile until it hits “The Loop.”

The Loop runs 13-miles – a circuitous, 4-wheel drive path that climbs 3,000 feet and rolls past the 1881 ghost town of Crystal and the most photographed site in Colorado – the scenic Crystal Mill.

“Along with hikers, there are Jeeps, off-road vehicles, and dirt bikes creeping up and down a road barely wide enough for a single vehicle,” the GearJunkie article noted.

The heavy impact on this area – from water and noise pollution, human waste, and trail erosion, has not escaped the notice of local conservationists.

“The 4-wheel drive jeeps are tearing up the roads, not to mention littering, noise, and people just driving way too fast,” said Blue, who used to drive jeep tours into the Basin.

At last week’s monthly meeting, the Marble mayor and trustees agreed to a uniform speed limit of 15 miles-per-hour through town (down from 20), a parking plan, and new language in a short-term lease — all measures adopted to address the traffic into town. Soon, a handful of speed bumps will be re-installed on Marble’s streets, repeating a measure the town began last year to slow the tide.

Marble hasn’t been this busy since 1911, when some 1,200 people crowded its streets – mostly miners lured by mineral money and the businesses that supported their craft.

At a 7,950-foot elevation and some 28 miles up the Crystal River from the nearest gas station and Carbondale, Marble has a storied past as well – where the Tomb of the Unknown Solider and the Lincoln Memorial were mined from the Yule Creek Marble Quarry.

But floods, silver devaluation, and the Great Depression emptied the town, and only after World War II did people start trickling back into this remote enclave.

That trickle has become a summer torrent, and Marble residents want relief.

At last Thursday’s monthly town meeting, Leach delivered an update to town mayor Ryan Vinciguerra and council members on a six-month effort that hopes to culminate with a plan to manage the town’s ramped up visitation while  protecting the Basin.

The remarkable interagency effort – that brings together property owners and officials from five different governmental groups – hopes to come up with a unified, cohesive plan on how to protect the Basin.

“We need professional help,” Leach told the town last week, of a goal to oversee and manage land located between a half dozen 13-and 14,000-foot mountains

“We’ve reached a point with this effort where we need funding,” says Vinciguerra, who ran unopposed in Marble’s mayoral election last year. “The town of Marble will not be the financial anchor in this project,” he bottom-lined.

As a co-owner of Marble’s wildly-popular Slow Groovin Barbeque, Vinciguerra, 35, is not just responsible for bringing more people to this town but now is answering his constituent’s calls to put on the brakes.

“Marble just doesn’t have the infrastructure to accommodate this massive influx of people – parking, toilets, facilities, it’s just not here,” he said.

Vinciguerra told The Sun that town leaders will look at a number of funding options to raise money for the strategic plan, including online funding sites and donation drop points in town.

Council member Larry Good echoed Vinciguerra’s thoughts: “We hope to get some revenue from our parking plan this summer to pay for the study,” he said.

Marble is only 21 miles from Aspen as the crow flies, but the small community in the northern tip of Gunnison County is leagues away economically.  The average home in Aspen hit almost $5 million last year, but pockets in Marble are far less deep.

With this in mind, Leach called Western Colorado University in Gunnison, renowned for its programs in environmental science and management.

“Western” is also attracting an increasing number of outdoor academicians — since 2013 its student headcount has grown by 17.4 percent.

Last year, a Western master’s degree student completed a comprehensive study of the Conundrum Pass area as their thesis, and Leach was hoping to get a similar sweetheart deal regarding Lead King Basin.

He hit gold in Gunnison. Western said it would give a grad student the green light.

“You’ve got to understand, these are graduate students in their final year – they are the environmental scientists of the future,” Leach told the trustees, of the detailed information that would be gleaned from the study.

Leach’s two-pronged plan would be to hire a  professional facilitator to get members of all interested parties on the same page, and then let loose a graduate student to put together a comprehensive analysis of the Basin’s future use.

Marjo Curgus, who has 17 years of experience in community planning, has tentatively committed to lead a “Visionary Retreat” for town leaders to get people on the same page, at a cost of $1,500, Leach told the council.

The interagency group includes officials from the White River National Forest, Gunnison County, the Town of Marble, the Colorado Parks and Wildlife Agency, and the Gunnison County Sheriff, according to Leach.