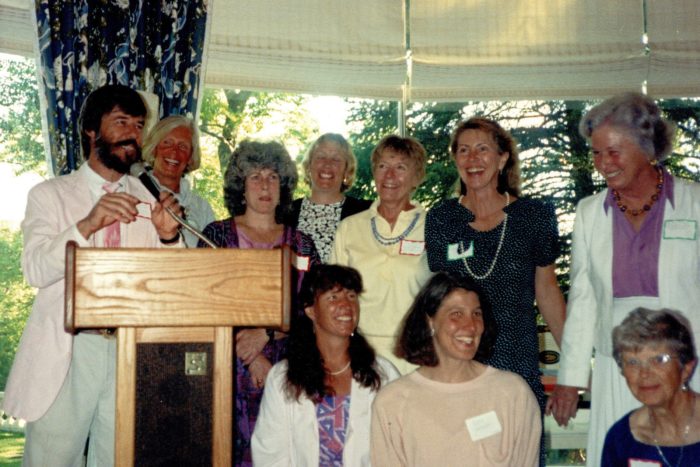 Earlier this year, on Feb. 3, (Super Bowl Sunday) Thomas Lawley, former Director of the Carbondale Mountain Fair and the Carbondale Council on Arts and Humanities, passed away in Sante Fe, New Mexico.

His family and friends will celebrate his life and legacy on Saturday, June 1, at Sopris Park in Carbondale and Paonia Park on Sunday, June 2. Both events will run from 2 to 6 p.m., and a potluck, music, memories and stories will unfold.

“Mr. Fun” was a living mentor, a master of ping pong, a jokester, a jester, a former DJ, the best dad, a fun Grandpa, an explorer, and a camper. He will be fondly missed by his wife Paula, daughter, Sunshine and grandchildren, Jesse and Bella. His legacy will benefit the whole community.

I first met Thomas in 1986 in Glenwood Springs at the World Instant of Cooperation, a global meditation/ prayer event. A few years later he hired me to work documenting a project for the CCAH, and for many years we worked together on the Carbondale Mountain Fair and other CCAH events. During the  years of our friendship, I was fortunate to observe his leadership in facilitating and elevating the role of the arts in our small community. The quality of events and the reach the councils’  efforts expanded through music, art, theatre, dance and poetry programs. Grants and scholarship programs aided local artists and students. And Mountain Fair reached new levels of attendance as major acts graced the stage, and children’s programming grew. Yonder Mountain String Band, Leftover Salmon,and the String Cheese Incident, played in Sopris Park before coming to national prominence.

In recognition of these developments, CCAH was awarded the Governors’ Award for Excellence in the Arts, by Colorado Governor, Ray Romer in 1990. And in the early 2000s, Carbondale Mountain Fair was lauded as one the the top 20 fairs in the western US.

Thomas’s gift for bringing people together to share in creative expression and appreciation helped Carbondale become a model of what is possible when the arts blossom and the economic impact ripples into a community, and further..

Thomas had the ability to orchestrate a grand vision, while bringing along 500 volunteers and thousands of attendees, His efforts brought nearly 300 events to Carbondale during the 17 years he was at the helm here. Richie Havens, Leo Kotke and John McEuen were some of the major artists he contracted to perform here. More important than these numbers and the recognition, Thomas exemplified these qualities; staying calm and unflappable in the midst of epic commotion, being a “fun-whipper-upper”. ring-leading with graceful persistence, and supporting other people efforts to create.

I offer my personal thanks to Thomas for the consistently occasional work he gave me, and for allowing our friendship to grow during his Sante Fe years, During those years he worked for an environmental preservation group, planted many trees, and grew fond of bird-watching.

Earlier in his life, he sold  real estate, carried letters, played basketball, whiffle ball, and other sports, officiated weddings, memorials and birth celebrations, according to family members and friends.

His good spirit and trusting nature allowed him to consider these proposed acts for the Carbondale Mountain Fair; Darrel Brown and The Meeker Cowbell and Kazoo Orchestra, Kabul, the Holographic Belly-Dancer, the miracle product company, Healthy Vita-life and their uplifting GinShen Root. Other proposed acts included Father Francis Herdina from Duluth Minnesota, and his transformative Expungement healing technique,(which could eliminate impure thoughts) and Eddie Boyani and Friendly Security, who offered to replace the Peace Patrol, with their conflict resolution practice of shaking hands with an upset fairgoer and chanting, “How you doooin’?” until the person calmed down.

None of these acts made it to Mountain Fair because they were fictitious acts pitched to a trusting Thomas, by friends who were pranking him in the days just before the fair.

At the end of the fair in the late ‘90s, Thomas spoke these words from the stage: “Let’s give thanks! Alright! What a time, what a beautiful place! We are so fortunate to be here; let’s give thanks. Everybody say “Yes! Yes”. This is our community, these are your friends, these are your neighbors. Peace! Love!”