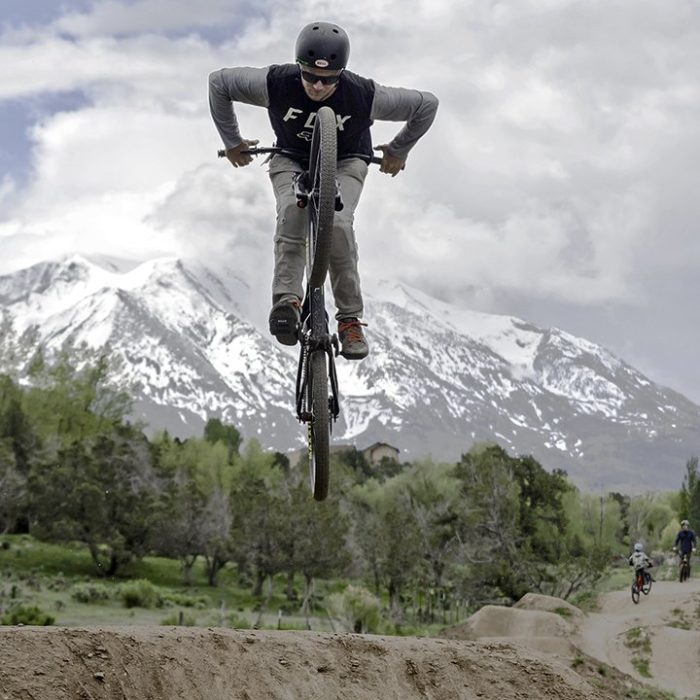 If you’ve ever walked the Coal Basin Trail in Redstone, you can still see the imprints left by the Mid-Continent Resources and its mining operations from decades ago.

You certainly wouldn’t think the neighboring land belongs to the family behind Walmart.

Crystal Basin Holdings LLC, owned by cousins Sam and Tom Walton, claims the last private land in the area: about 221 acres. The biking enthusiasts are building a 4.5-mile trail system for public use that will transform the landscape — in a good way, hopefully.

To that end, access and education are also mainstays of the plan, he continued.

“That’s how I have been guided in terms of this project on the property,” he said. “In the future, we’re really looking to develop relationships with some of the local schools as well as … we’d be open to outdoor education groups [and] cycling groups from other parts of the state to come and use the trail system for educational purposes and to have an optimized place to ride.”

First, the project team had to gain favor with Pitkin County and the U.S. Forest Service — the land is surrounded by forest land. In April the Pitkin County Open Space and Trail board of directors voted 5-0 to recommend commissioners accept a trail easement.

Of course, there were some concerns voiced about parking to accommodate an uptick in recreationists in the area, as well as the increased temptation for bikers to build “bandit trails” — social trails that are created without oversight.

Aspen-Sopris District Ranger, Karen Schroyer admits she still has some of those concerns, though after meeting with Bowers, she feels more at ease.

“We still have concerns, I’ll be honest. It just seems logical that we would have concerns about that,” she said. “We do have a really good relationship with them, so I don’t think they’ll be a problem if there ends up being a trail or two that shows up. I’m hoping that their education is just really, really strong in terms of articulating the down sides of these bandit trails and the erosion control problems that we have when we have trails that aren’t built specifically for mountain biking by professionals.”

Gary Tenenbaum, Pitkin County Open Space and Trails director, explained that the difference between an approved, legal trail and illegal social trail comes down to official evaluation of the area.

“The real impact is you’re actually digging dirt on federal property without approval … is it critical habitat? Are there any cultural resources that are there? Historic stuff that’s in that area? Is that area planned to have people in it or not? None of that gets reviewed on an illegal trail.”

As land stewards themselves, neither the Waltons nor Bowers has any intention of the trail system creating a negative impact on neighboring forest land.

Current plans include trails to appeal to riders of all levels, which will hopefully mitigate any temptation, as well.

“We have the area that’s right there at the parking lot called the Gateway area, so we have a really nice area for beginners designed so you can stay close,” Bowers said, noting that there is not much beginner riding terrain in the area. “Younger kids could come and ride there and that sort of thing. [It’ll be] rich with opportunities to work on skills and also has some really fun riding in it. Then we have a pretty classic cross-country trail designed that goes up Dutch Creek. That is intended as a climbing trail, but it’s by-directional … and that ties into a forest service trail called the Coal Basin Trail. You can then drop back on the property onto a trail that is a little more flow. We have a little bit of everything for people.”

“I think we will be building trail all the way into October. I would think that would set us up for having an opening for the summer of 2020,” he said.

That opening won’t be limited to bikers, either. The trails will be available to hikers and potentially equestrians, as well.

“How we can all use trails all over the country together and how to respect one another in terms of our usage, I think that’s part of the education opportunity,” Bowers said.