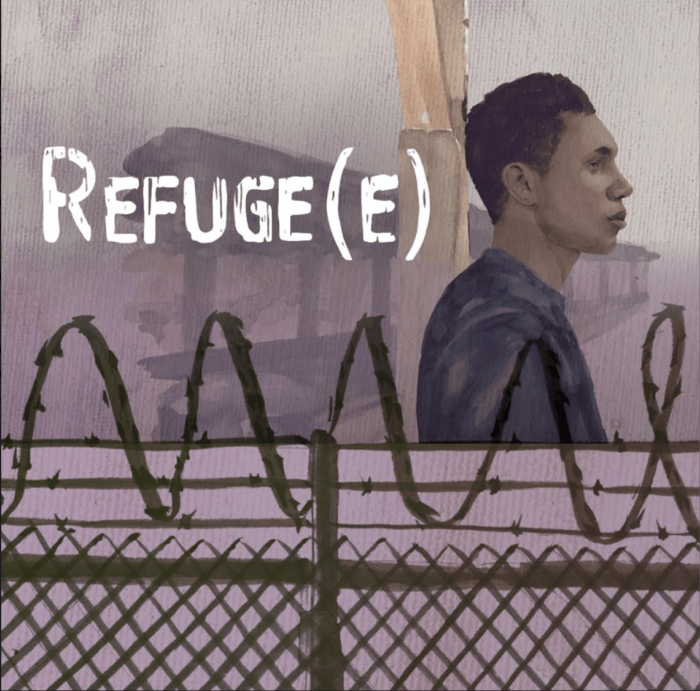 Filmmaker Sylvia Johnson calls Carbondale home, but while she grew up in the Valley, she was born in Bolivia and has had addresses in several countries in Latin and South America.

Her family — her father worked in international development and her mother in women’s healthcare — moved to Carbondale when she was 12 years old.

“Because of the color of my skin and name on my passport, I’ve always had protections granted me,” she said.

As an adult, Johnson has spent much of her own career documenting stories of those not afforded those same protections. Her most recent work, “Refuge(e),” follows the journeys of two asylum seekers who fled their home countries, Guinea and the Congo.

“[They] made the trip to Brazil, then came all the way up to the American-Mexican border and were incarcerated,” Johnson said. “Their stories are representative of so many more who have been deported and can’t tell their stories.”

Johnson met the men through her work with the Santa Fe Dreamers Project, where she serves as creative director.

“I had met these guys in that capacity and was totally stunned by what I was seeing in [the detention] facility. I knew that if they won their cases, they’d be willing to tell their stories,” she said.

The facility in question was the Cibola County Correctional Center in Milan, New Mexico.

“It was formerly a correctional facility that was closed in October 2016 because the conditions were so bad there had been several inmate deaths,” she said. “Right after Trump’s inauguration, it reopened in February 2017, this time to hold immigrants. Same conditions, same guards, same everything, just a different contract.”

The facility is a for-profit entity owned by CoreCivic, formerly Corrections Corporation of America.

“Seventy percent of immigrants are held in private facilities,” Johnson said, adding that CoreCivic and The GEO Group, Inc — the two largest corporations in the private prison industry — enjoyed a combined $4 billion revenue in 2017.

Johnson hopes to shine a light on not only the industry, but the people whom it keeps incarcerated.

“The two guys featured in the film are highly educated, have multiple degrees, speak numerous languages, are kind of the cream of the crop of their countries,” she said, adding how their profiles challenge typical notions about immigrants. “We have a hard time imagining it could be our neighbor or someone like us.”

“Refuge(e)” is one of two short films that will be featured at Seeking Refuge, a May 29 forum at the Crystal Theatre that will focus on seeking asylum in the United States. In addition to Johnson’s film, local filmmaker Laurel Smith’s “Vida en Santuario” will show, which documents a Salvadoran asylum seeker living in sanctuary at a Denver church.

Two Rivers Unitarian Universalist Reverend Shawna Foster will moderate a discussion with Johnson and Smith after the films. Claire Noone, a Glenwood Springs-based immigration attorney and activist, will also on the panel, as will a local asylum seeker.

For her part, Johson wants the evening to inspire more than just discussion.

“The goal is to really drive this divestment piece,” she said. “I would love to see people in the Roaring Fork Valley to … mobilize to move money out of these corporations. A lot of retirement funds and school education retirement programs have holdings in these private companies without people necessarily even being aware that’s a fact because there are so many components today. [It’s] realizing we’re all complicit in a way in the system.”

But, PERA Public Information Officer Katie Kaufmanis noted, that’s a relatively small percentage of the overall $48 billion portfolio and may not even be an active investment decision.

“One caution, these companies may be part of an index we are replicating as a large part of our investment portfolio is passively invested,” she said in an email.

Colorado PERA contracts with entities in Pitkin, Eagle and Garfield Counties, and employers that offer PERA benefits include the Roaring Fork School District and Garfield County Housing Authority, among others.

“Increased divestment is costly and limits PERA’s ability to effectively seek the best risk-adjusted returns to secure the retirement benefits of public servants. For these reasons, PERA will oppose divestment efforts unless such opposition is inconsistent with its fiduciary duty, but will implement divestment mandates passed by the Colorado General Assembly,” according to a statement from PERA’s board of directors.

When Institute for Pension Fund Integrity President Christopher Burnham talks about divestment, he gets noticeably incensed.

“Sorry I get so passionate about this,” he said. “The word politics should never enter into fiduciary responsibility. The politics that some people in Colorado are now trying to impose for a specific political statement, that’s not why we set up retirement funds for our teachers, police officers and firemen who make our cities and counties run. We set it up so we attract the most talented people to serve the American people and then to essentially guarantee a fair and secure retirement for laboring so hard on our behalf and children’s behalf, it’s not to play politics with their money.”

Divestment from some industries — in this case, private prisons — is not an issue specific to Colorado. The American Federation of Teachers (AFT) has taken a public stance encouraging divestment. The Chicago Teachers Union, New Jersey Pension Fund and California State Teachers’ Retirement System have all divested from immigration detention centers in some capacity.

“What makes them a fiduciary?” Burham said of the AFT.

But Rev. Foster insists that it’s possible to be both moral and profitable when investing. She should know, she maintains, because she’s seen it firsthand with her own funds managed by the Unitarian Universalist Association.

“It’s not like in 2010, the president of UUA snapped their fingers, and boom, we had no more investments. It’s a process; it takes time. You do have to be secure,” she acknowledged. “There are different ways to arrange your money so you can retire. But you need to think about: do you want to retire off of dead kids at the border? Because that’s the moral question. I don’t feel like it has to be one way or the other.”